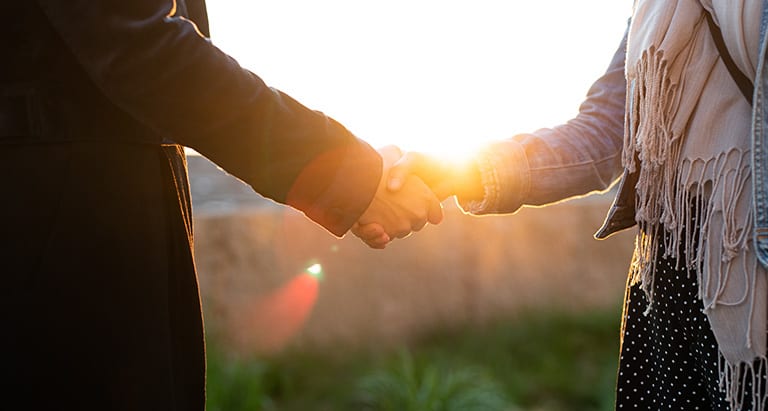 7 Fixes for Your Most Forgetful Moments

Remember names, where you put your keys, and other things that tend to escape your memory.
By Rachel Morris

We’ve all been there: A new neighbor introduces herself and by the end of the chat you’ve already blanked on her name. Or you frantically tear the house apart to find your keys because you have zero recollection of where you placed them. The good news? These little memory brownouts are perfectly normal. “If it happens every once in a while, it could just be because you’re distracted,” says Daniel Amen, MD, a double board-certified psychiatrist, distinguished fellow of the American Psychiatric Association, and author of Memory Rescue: Supercharge Your Brain, Reverse Memory Loss, and Remember What Matters Most.

In other words, you were so busy telling your spouse to take the dog for a walk and deciding what to make for dinner that your brain went offline and didn’t register that you stuck the keys in your coat pocket.

On top of that, our memories aren’t perfect. “Memory is not a video tape. If you get 20 eyewitnesses to an event, they’re going to have 20 different stories, despite all having been there,” says Colin MacLeod, PhD, a psychology professor at the University of Waterloo in Ontario, who studies attention, memory and learning. (Bad news for law enforcement, reassuring news for the rest of us.)

That said, certain memory issues do warrant a discussion with your doc. If you notice that your ability to remember is worse than it was 10 years ago, bring it up with your physician, says Dr. Amen. Untreated hypertension, inflammation, and obesity can all cause memory issues. Also be alert to early signs of dementia, which look different from day-to-day memory blips. For example, it’s normal to misplace keys. Not normal? Putting them in the wrong spot repeatedly (in a kitchen drawer or the fridge). And while asking your husband to remind you of something he said yesterday isn’t a concern, repeating the same question over and over is a red flag.

Still, even if they’re common, everyday moments of forgetfulness can be frustrating. Sharpen your memory with these smart strategies.

The blip: You can’t recall something you recently learned


The fix: Take a nap


Whether you just learned to knit or play the guitar, sneaking in some shut-eye after your lesson will help the new skill stick. “The part of the brain that learns something, called the hippocampus, doesn’t have much storage capacity, so you have to quickly move that information into the brain’s cortex, which has more real estate for long-term memory,” says Sara Mednick, PhD, an associate professor of psychology in the department of cognitive science at University of California, Irvine, and co-author of Take a Nap! Change Your Life: The Scientific Plan to Make You Smarter, Healthier, More Productive. Consider sleep as the moving company in this whole process: Newly learned info is relocated to its long-term home when you get your z’s. Getting enough hours at night is smart for many reasons, but naps—15 to 90 minutes long—can do the memory trick, too.

The blip: You have five things to buy at the supermarket but can only remember three by the time you get there


The fix: Say it out loud


Repeat (aloud) after us: Milk! Sugar! Cheese! Carrots! Toothpaste! The dual action of speaking and hearing yourself speak helps the brain store details so that they become long-term memories, says MacLeod. “We think that when you read something aloud, it gives you an extra piece of information that helps when it comes time to remember later on.”

The blip: You have trouble remembering the names of people you meet


The fix: Focus your brain


The problem is that when we meet people, we aren’t focused. Maybe your mind is thinking about work or trying to come up with something interesting to discuss. To retrain your brain, develop the habit of asking yourself, “What’s their name?” as the person is approaching, says memory expert Ron White, a two-time USA Memory Championship winner. (Fun fact: He memorized a deck of shuffled cards in just one minutes and 27 seconds.) This helps center your attention so that when the new acquaintance does mention his or her moniker, you’re more likely to retain it.


The blip: You can’t remember where you parked


The fix: Form a funny association


The hippocampus is also the emotional part of the brain, and it’s great at making connections between unassociated objects, says Dr. Amen. Take advantage of that by conjuring up a hilarious image based on the name of the street you parked on. For example, if you leave your car on Frost Street, picture the vehicle as a cupcake covered in a layer of frosting. “The crazier you make the image, the more your brain will remember it,” says Dr. Amen. (That could be why theme parks mark rows with gigantic characters. You might not remember A33, but you will remember that you parked by the zebra with a hat.)

RELATED: Why We NEED to Laugh More

The blip: You walk into a room and have no idea why you’re there


The fix: Get vocal


The same trick that works for remembering a shopping list can also help nix those “what was I going to do?” moments that happen when we get interrupted in the middle of a task, says MacLeod. Say you’re in the living room and need to get scissors from the kitchen. Instead of just getting up to grab them, state what you’re planning to do (“I’m going to the kitchen to get the scissors!”). Sure, you may receive some funny looks from family members, but at least you won’t waste minutes wandering aimlessly around the house.

The blip: You can’t remember your anniversary


The fix: Ditch the dates


Again, sometimes a funny image is the easiest thing for the brain to recall, so attach a mental picture to the month and date you were married to better remember the special day, suggests White. Let’s say your anniversary is March 11th. Picture soldiers marching (get it? March-ing!) while carrying two pencils that look like the number 11. October 5 could be a pumpkin with a star on it (because stars have five points). Chances are, you won’t forget the day again!

The blip: You have zero idea where you set down your keys


The fix: Imagine a glitter explosion


So many of our actions are done on autopilot, and that includes tossing your keys to the side when you walk in the door. Because the brain isn’t focused, it’s easy to forget where you happened to throw them, says White. One solution (aside from investing in a key hook) is to imagine that your keys are a water balloon. Then picture a burst of messy water splashes (or, yes, glitter) every time the keys hit the counter, table, couch—wherever you toss ’em. Once you get that image in your head, it will be easy to remember where they went off.