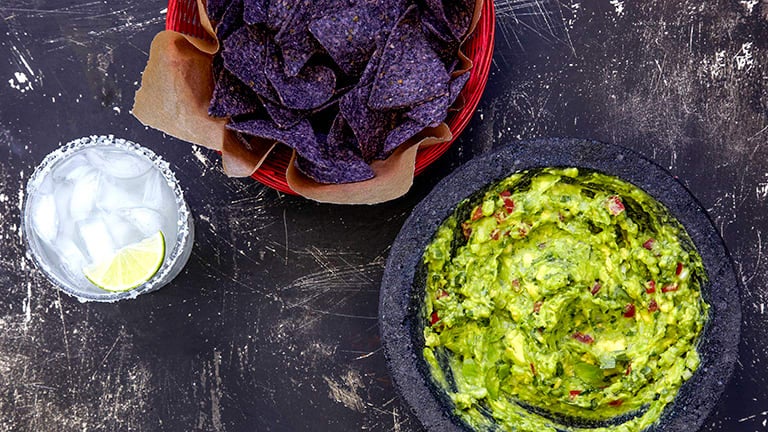 The lighter side of Cinco de Mayo

There's more to Cinco de Mayo than an endless pitcher of margaritas. These fun facts and smart tips guarantee a festive celebration.
By Nick Divito

Sure, Americans have turned Cinco de Mayo into another reason to eat and drink to excess. And hey, it's hard to resist a good excuse to enjoy some nachos and a salt-rimmed margarita. But there's more to this celebration than food and drink.

Spanish for “fifth of May,” Cinco de Mayo is a regional holiday in Puebla, Mexico, and other parts of the country that celebrates the Mexican army’s unlikely win over the French at the Battle of Puebla in May 1862. (It is not, contrary to popular belief, Mexico’s Independence Day, which is September 16th and a national holiday.) What started as a regional event in Mexico has gone global and is now embraced in the United States.

You can enjoy the fiesta without regretting it the next day. Consider these handy tips to cut calories and fat from your Cinco de Mayo fare, courtesy of Leslie Fink, WW Recipe Editor/Nutritionist.

Be smart about bebidas

(That'd be "drinks.") Since alcohol is almost always included in the festivities, plan ahead for ways to minimize the damage.

Embrace diet soda as a mixer.

Or better yet, plain seltzer water. It’s not the alcohol that packs the SmartPoints®-value punch in a mixed drink, it’s usually the mixer, be it soda, juice, or that sweet-and-sour mix you’ll find in a typical restaurant margarita. Consider instead going with a drink that lets you swap a diet version of a soda, like a rum and Diet Coke, or use Diet 7-Up in your 7 and 7. Or stick to wine or Champagne for a classy sip.

Beer drinkers, know this: the lighter the beer, the lower the alcohol content. That means you might find yourself drinking more of it, thus defeating the purpose of going light in the first place. Portion control is key when it comes to beer.

When ordering your beverage of choice, ask the bartender for a glass of water, and alternate between that and your drink. This is not only smart from an inebriation- and hangover-prevention standpoint, it will also just slow you down and prevent you from losing track of how many drinks you’ve had. (It might also help curb the urge to mindlessly pick at that that bowl of chips and salsa.)

Get friendly with food

for some of the ground beef in your taco or burrito fillings to bulk it up. Black beans are low in fat, high in fiber, and have fewer SmartPoints values than regular ground beef. Simply ask your waiter for extra black beans instead. Or, if you’re not afraid of a little open-burrito surgery, do it yourself. Simply slice open the top of the tortilla (like a baked potato) and spread it apart. Pick and choose what to add and subtract and voila — your own, SmartPoints value-friendly burrito.

Use salsa instead of fatty salad dressings.

It’s not Cinco de Mayo without salsa, right? Whether tomato-based or made with mango, it’s all veggies, so you can’t really go wrong here.

Make baked nachos instead of fried ones, and beware all that gooey cheese. Slice up whole-wheat tortillas into wedges and bake them until crisp. Coat with cooking spray and sprinkle with your favorite Mexican seasonings.

Use shredded cheese instead of big chunks or slices on your tacos or burritos so you can use less but get the flavor. Another note on cheese: sprinkle the fattening stuff on top of your dishes where its flavor is most noticeable, as opposed to mixed into a dish. Opt for small amounts of highly flavored cheeses “since just a little bit has a big impact on flavor,” Fink says. If you choose to opt out of cheese and/or sour cream, top your dish with healthier Mexican flavors like chopped fresh cilantro, halved grape tomatoes or diced red onion.

Fear not the guac.

Rumors abound that avocados are “bad.” First, remember that an avocado is a fruit, not a vegetable. It contains zero cholesterol but also, yes, some fat. But that fat is mostly monounsaturated and considered a "good" fat because it helps to increase HDL (good) cholesterol and lower LDL (bad) cholesterol, Fink says. Along with being a good source of fiber, avocados also are rich in potassium, some B vitamins, and vitamin E. Just be careful not to overdo it as guacamole can be high in SmartPoints values. Also, check out how it’s prepared. (Some restaurants add regular mayo to it which bumps up the SmartPoints value further.)

RELATED: Build your own taco fiesta