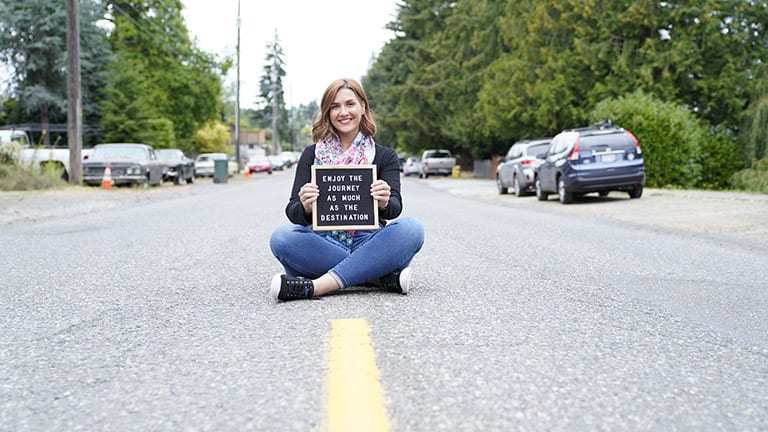 Find the phrase or word that can get you through difficult times…or help you keep going.

Whether they’re tweeted with a hashtag or played on repeat in your brain, mantras have helped WW members reach their goals—and they can help you, too.

“Reciting a phrase over and over helps us internalise the message,” says Susan Peirce Thompson, PhD, an adjunct associate professor of brain and cognitive sciences at the University of Rochester and the author of Bright Line Eating. “Every action exists in thought first, and when you change your thinking, you change your behaviour.”

In addition, a mantra can help you silence your inner critic—that tiny, nagging voice that doubts your ability to meet your goal. In that case, repeating a motivational phrase like “5K a day” may help spur you into action enough times that the behaviour becomes automatic and habitual.

How to create a mantra to form healthy habits


The first step to finding a personal health mantra is to choose one thing that you want to accomplish, says Mary Jane Ryan, a personal change coach and the author of Habit Changers: 81 Game-Changing Mantras to Mindfully Realize Your Goals.


It takes time to create a new habit—but you can’t internalise your mantra’s message if you never remember to say it. “The brain is structured to do what its always done,” says Ryan. “In the beginning, you need an extra reminder or two.” Try writing your mantra on a Post-it note, saving it as a reminder on your phone, or using it as the background on your laptop.

Or, to put another way: “Don’t turn goof-ups into give-ups,” she says. And as Wei says, “Every day is a new day and that’s all that matters. There’s no judgment or competition. It should feel right to you.”

RELATED: How to be kind to yourself

How to make your own mantra

Do you believe these 8 meditation myths?

3 ways to get motivated (and stay motivated!)