Phil: My weight got in the way of quality time

With several stone to lose, getting healthy had seemed like an impossible task for Phil, until jibes from a stranger spurred him on to get healthy and become the dad he always wanted to be 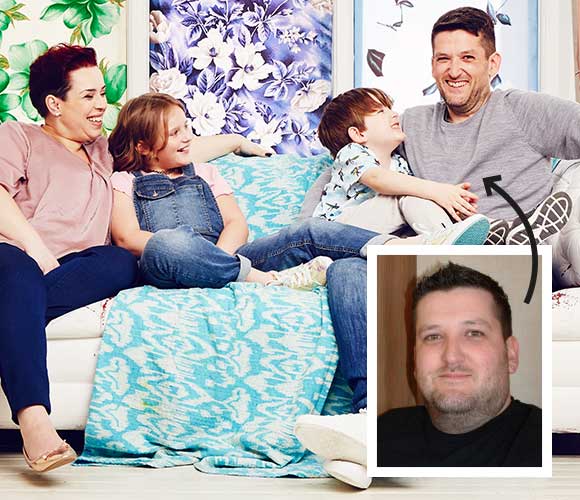 "I’m so glad that I’m now the healthy and happy father that my children deserve. That’s definitely something worth celebrating!"

I was born to be big!

I’d always been big – my whole family was – but I told myself that weighing more than 22st was just the way I was built. Most evenings my girlfriend Kerri and I would cook dinner for our son Wynter, now 6, and my step-daughter Alex, 10, before ordering a takeaway for the two of us. As for exercise, I’d get out of breath just walking up a flight of stairs.

I couldn't keep up with my son

Wynter possessed boundless energy, but whenever I took him to the park I had to keep him close, because if he suddenly shot off, I knew I wouldn’t be able to catch up. Kerri weighed nearly 15st herself. She’d nagged me to go on a diet with her, but making an effort to lose weight felt overwhelming, so I tried to ignore my guilt over not doing more with the kids.

The abuse I received was the turning point

After a health check-up, I reluctantly agreed to attend a WW Workshop. But as the day drew near, I got scared. Then, when I was on my way to pick the kids up from school, a white van passed and the driver shouted obscene abuse at me about my size. I felt angry and humiliated, but I also worried for Alex and Wynter – would they be bullied because I was fat? It was the jolt I needed, and despite being nervous when I walked into my first Workshop, I was determined. I made time to cook simple, healthy meals from scratch, and lost 8lb in the first week.

Staying active is so important

There were blips along the way, but hitting goal in January 2016 was incredible. I’ve since lost a bit more, and I’ve taken up running. It’s now normal to Alex and Wynter that their dad runs, which fills me with pride and teaches them that staying active is important. I’m so glad that I’m now the healthy and happy father that they deserve. That’s definitely something worth celebrating!

Healthier You: The danger of not knowing what's going on!