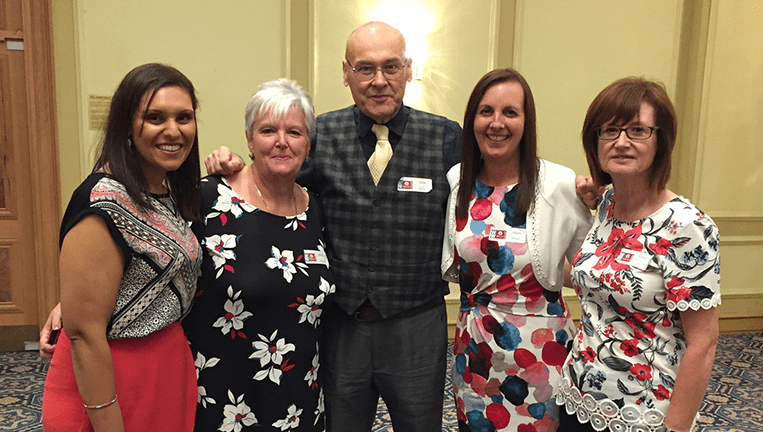 Helen: Why the sense of community in the WW weight loss app is my main support system

Why weight loss apps should go beyond tracking tools.

Hi, I’m Helen (@helen_wwgoldmember on Instagram or @hhay50 on Connect), and after over 30 years of yo-yo dieting I finally settled with WW. I’ve now been maintaining my weight loss for nearly four years. 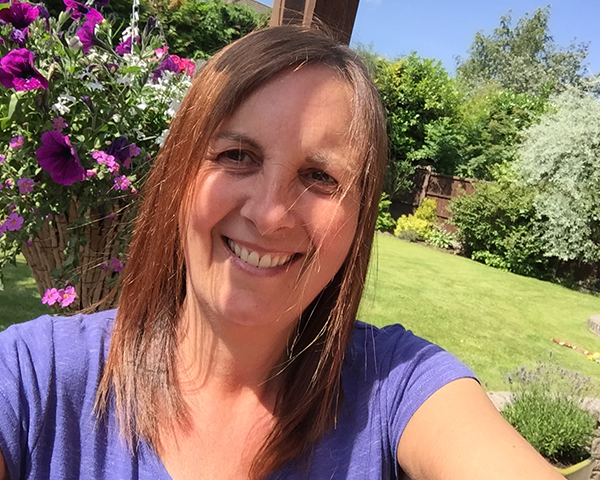 How the WW app offers support

I had always assumed that the WW app was just for tracking food and finding recipes, but in January 2016, I stumbled across the Connect section and learnt there was a much bigger sense of community waiting to be found.

Connect is WW’s very own social platform, built specifically for members to take advantage of the amazing community that WW offers. It’s a safe place where you can find people just like you – offering support, inspiration and motivation alike – all whilst you're working towards your healthy living goals.

So after lurking in the background for a while, I finally decided to start posting on the app myself. At first, I just began leaving comments on other people’s posts - congratulating them on their weight losses, celebrating  their non-scale victories - and soon enough, people were leaving supportive comments on my posts too. Their comments made me feel better about myself, and it felt good to be able to do that for others too.

Connect soon became my main support system. The WW app is so much more than just a weight loss app. On Connect we encourage each other, motivate each other, laugh with each other and even share our interests and recipes.

At the beginning of 2017, I came across a comment from one of the ladies I chatted to on there. She said “You’re the best friends I’ve never met.” That got me thinking - wouldn’t it be great if we could actually meet the people we had been building friendships with online?

In July 2017, I hosted our first ever Connect meet-up, and at the beginning of June 2019, I hosted our fourth. I chose Birmingham as the location (even though I live in Lancashire) as it’s quite a central spot, and people were travelling from as far afield as Scotland, Devon, Surrey, Newcastle and London. It was a lovely thought to think we were all converging in Birmingham, bought together by the WW social media app, Connect.

All four meet-ups have been truly inspirational, and it’s been great to see the enthusiasm and motivation that WW members can get through meeting their fellow Connectors.

They've given some people the impetus to kick that last stone they need to reach their goal, and others the confidence to know that achieving and maintaining your goal is more than possible. They’ve brought together WW members living down the road from one another and have helped to form friendships across the miles.

So, what happens at these events? Well...

As there never seems to be enough time to talk to everyone, this time I made sure it was longer. There were 75 of us going, after all!

As soon as people started to arrive at 9.30am the hugs begun. The anticipation of waiting to see who would be the next to walk through the door was exciting, and it was amazing to hear all the squeals of delight as members flew into one another’s arms after chatting together online for so many months. 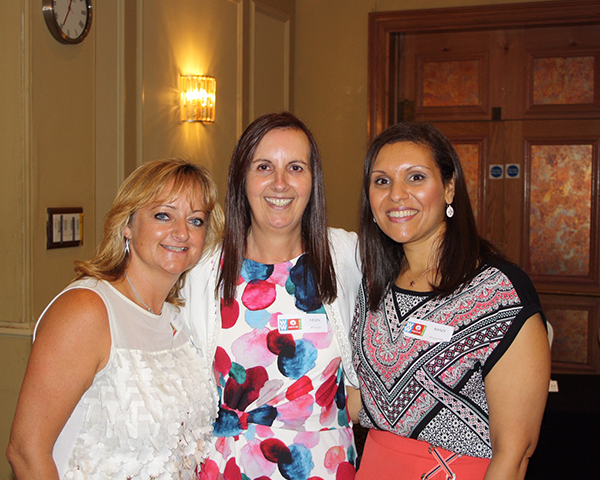 Naturally though, it can be daunting to meet people for the first time, so we made sure that if people were nervous, they could meet other Connectors at New Street station and walk to the event together. We always mingle and chat for the first couple of hours, and catch up face-to-face rather than on a screen.

Breakfast was served at 10am. We had fruit, yogurt, granola, smoothies, cookies, Danish pastries, and more. And then a little later on, we had some mid-morning snacks too.

By 12.30pm the room was full, and I got ready to step up and welcome everyone to the event. I was followed by a brilliant talk from Marion, who held everyone’s attention as she spoke about the benefits of exercise and mindfulness. She spoke at our very first meet up and it was great to see her again at our fourth.

We eat some more!

When it came to lunch time we moved through to the restaurant, and we were served a whole host of tasty dishes – from chicken katsu and prawn noodles, to various salads and sushi – some of it WW-friendly, some of it not-so WW-friendly...! But that's what weeklies are for!

And we hear inspiring stories

In the afternoon some of our very own Connectors took to the stage to talk about their WW journeys. The atmosphere in the room is so warm and welcoming that even the most nervous of speakers were soon put at ease.

Some stories were funny and had us laughing off our chairs, while others were moving and had us in tears. There was definitely a joint sense of empathy and compassion in the room – we all felt a genuine sense of love and support – and as different as our stories were, we’d all also had similar struggles; it felt good to know that there can be a happy ending.

By 4pm we were all ready for another cuppa and an afternoon snack, and had a bit of extra time to catch up with any friends we’d not yet had the chance to chat to. All too soon, the goodbyes began with even more hugs, and people left in groups to walk back to the station, with thoughts of the next meet-up already in our minds. 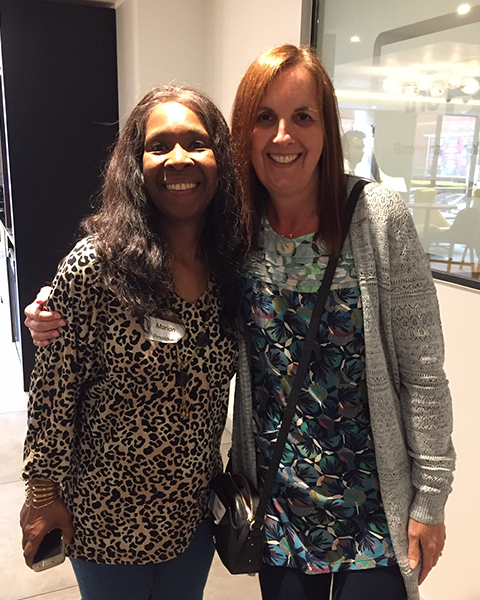 The next Connect Birmingham Meet and Eat is currently planned for February 2020, with details to be announced early next year on my Connect page (@hhay50) and Instagram (@helen_wwgoldmember).

I know I wouldn’t be where I am now without WW Connect and the friends I've made on there. So if you haven’t had a look yet, why not pop on and discover all it has to offer?

How to use Connect