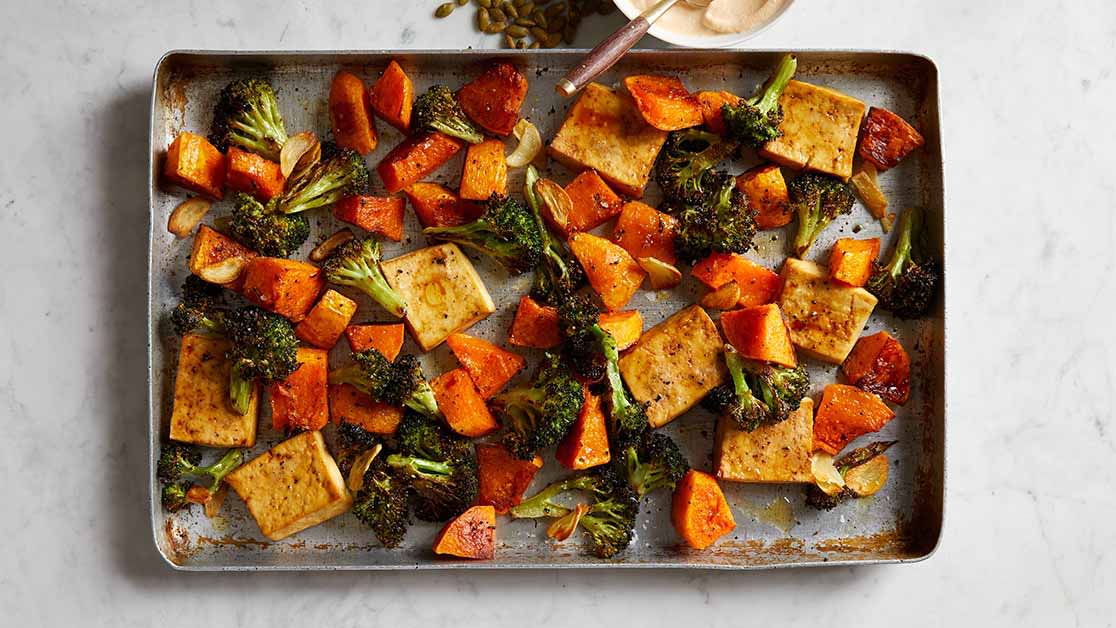 What is plant-based eating—and should you try it?

It seems everyone is cutting back on conventional meat and dairy these days. Experts say the trend could be a boon for health.
Nicole Saporita

Plant-based foods have been garnering serious buzz in recent months. Maybe you noticed the trend when your local supermarket began stocking eight varieties of oat milk. Or maybe you hit the drive-through at Tim’s or Burger King and ordered one of the chains’ new plant-based meat patties for a quick meal on the go.

These are just a few signs that the American palate has been shifting in favor of plants lately. U.S. sales of plant-based foods—specifically, items meant to replace animal-derived products—grew by 29% between 2018 and early 2020, to $5 billion, according to one trade group. That tracks with a Nielsen consumer survey conducted in 2018, when 39% of respondents said they were actively working to scale back their consumption of meat and dairy.

With plant-based foods now gaining serious mainstream momentum, WW’s nutrition experts are here to give you the lowdown. Here, they explain what “plant-based eating” really means, offer a closer look at the health research on this dietary approach, and share some simple, delicious ways to adopt a more plant-forward diet starting today.

What exactly *is* plant-based eating?

True to its name, plant-based eating generally describes a diet that’s rich in edible plant parts (think: fruits and veggies), as well as food products derived from plants—anything from peanut butter and olive oil to veggie burgers and dairy-free ice cream. Plant-based diets tend to be low in meat and other animal products. Some people who follow a plant-based diet steer clear of animal-derived foods altogether.

Is plant-based eating the same as being vegetarian or vegan?

Not necessarily. While plant-based foods are the stars of this popular eating approach, lots of plant-forward eaters still enjoy some measure of meat, eggs, and/or dairy, says Jaclyn London, MS, RD, CDN, head of nutrition & wellness at WW. You definitely don’t have to go vegan or vegetarian—only if you want to! If you are considering making a major change to your diet, chat with your doctor first to make sure your nutritional bases are covered, London says.

What foods can you eat on a plant-based diet?

Plant-based eating isn’t a formal regimen or set of rules; it’s more about the act of centering plants in your meal planning. “This eating style emphasizes real, wholesome foods that are plants themselves or derived from plants to help you to rethink the way you build your plate,” London says. Building blocks typically include vegetables, fruits, whole grains, beans, and legumes, with support from healthy-fat sources like nuts, seeds, avocado, and plant-derived oils.

As mentioned, packaged foods (such as snacks, meal starters, and dairy swaps) often play a role in plant-based eating, as well. Just be sure to read labels carefully, London says. She suggests opting for items “with whole foods as the first ingredient—soybeans, chickpeas, black beans, lentils, nuts, or seeds—and prioritizing those that contain no more than 300 mg of sodium and 2 g of saturated fat per serving.”

Are there health benefits to plant-based eating?

A large 2019 analysis in the Journal of the American College Of Cardiology found that adults who ate a mostly plant-based diet were 41% less likely to be hospitalized with heart failure during a nearly nine-year period compared with subjects whose diets were high in processed meats. (Further research would be needed to figure out cause and effect.) This adds to earlier published research suggesting that adults who eat little to no meat tend to have healthier blood pressure readings than avid carnivores.

And while the above studies don’t mandate swearing off all animal products, separate research of vegan and vegetarian diets may offer additional clues about the power of plants. A 2017 meta-analysis identified a reduced incidence of cancer with meat-free eating, while another meta-analysis from the same year concluded that vegetarian diets may reduce a person’s risk of developing type 2 diabetes.

Is a plant-based diet healthier than other diets?

Even amid those positive findings, WW’s experts caution against blanket judgments. “Not all plant-based options are created equal,” says Angela Goscilo, MS, RD, CDN, manager of nutrition at WW. This style of eating does tend to nudge people toward foods that are higher in vitamins and minerals—and lower in saturated fat and sodium—but it’s not a surefire formula for balanced nutrition, she says. (French fries are a plant-based food, after all.)

That was the conclusion of a 2017 study published in the Journal of the American College of Cardiology. After following more than 200,000 men and women over two decades, researchers found that subjects who ate “healthful” plant-based diets—those that favored whole grains, fruits, vegetables, nuts, legumes, and oils—had a lower risk of developing coronary heart disease than subjects who ate “unhealthful” plant-based diets high in added sugars and refined grains.

Can you lose weight on a plant-based diet?

It’s possible, but there’s no evidence to suggest that plant-based diets impart special weight-loss powers, London says. Ultimately, weight loss requires a caloric deficit. Whether a person loses pounds by amping up plant intake depends to some extent on the foods they were eating before.

That said, adding more plants to your diet usually is a smart idea. The most recent Canada’s Food Guide endorses the approach as a healthy pattern of eating. Compared with animal-derived foods, plant-based foods tend to be lower in total and unsaturated fats, London says. Plant-based foods tend to be higher in fiber, and some (such as beans) also are high in protein, making them a satisfying choice for people trying to lose or maintain weight. Many ZeroPoint foods across myWW plans align with a plant-based style of eating. WW’s clinical trials have found that members can eat foods such as bananas, spinach, and pumpkin puree without tracking or measuring—and still see weight loss.

How do you start a plant-based diet?

Plant-based eating doesn't have to mean overhauling every meal; it simply means enjoying more plant-based foods whenever you can. London’s advice: Start where you are. Think about the dishes and snacks you already enjoy, and then look for ways to bring more plants into the picture—say, by replacing meat with a plant-based protein at dinner, or stirring fresh berries into your breakfast yogurt. “Aim to have at least half your plate coming from plant-based sources,” London says. Need some inspo? The following delicious recipes put plants at the forefront.

Beyond Meat kofta and vegetable kebabs with lemon-cumin yogurt sauce

Grilled bananas with cinnamon and chocolate

Nicole Saporita is a senior content manager for consumer wellness at WW. A writer, editor, and content strategist based in New York, she specializes in health & wellness, lifestyle, consumer products, and more. Her work has appeared in Good Housekeeping, Prevention, and REDBOOK magazines.