After losing 41.7kg over 27 months, Belinda shares how WW helped her get her weight and health on track after becoming a busy first time mum. 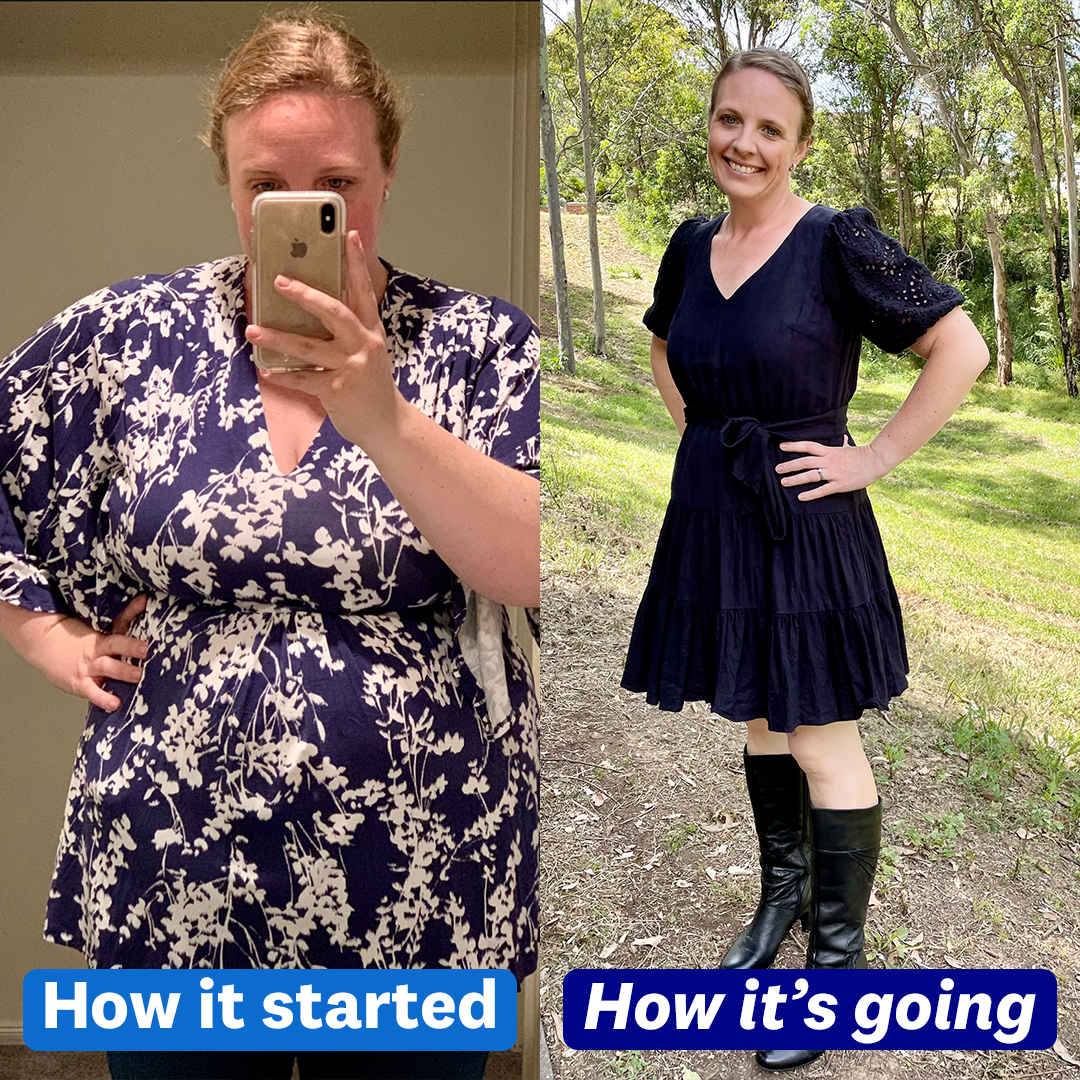 "It sounds cliché, but now I understand that WW is not a diet. It’s a program that enables you to develop healthy habits that are sustainable while enjoying life’s celebrations."— Belinda

I put on weight trying to fall pregnant and my weight continued to creep up as I became a first-time mum. I was trying to recover from a C-section, balance my new role as a mum with lack of sleep, whilst supporting my husband who has multiple sclerosis. Take-away dinners became my go-to and I relied on chocolate and sugary foods to help me through the day.

What was the moment that made you join WW?

I saw a photo that really wasn’t that terrible, but it made me see how I appeared to others for the first time. My daughter was 7 months old, and I was feeling ready to add healthier routines to my life. I was also returning to work in a few months and wanted to feel healthier and comfortable in my work clothes.

How did WW Workshops provide inspiration?

I went to weekly WW Workshops and listened to what everyone else was saying and the stories and experiences that they were sharing. I used this time to reflect on the week that had been and chose a focus for my week ahead with my Coach. This time was valuable to me and was a time in the week where I put myself and my health goals first.

What is a typical day on a plate for you now?

Breakfast is usually oats based as I find it filling, so it could be overnight oats, baked oats with yoghurt, or porridge in the cooler months.

Morning tea I usually have an apple and small packet of chips, then for afternoon tea (which I have twice in the afternoon as I’ve been up early with my toddler). I have a cake, muffin or slice that is low in PersonalPoints and then later in the afternoon I have a protein bar.

Lunch is usually a salad, with a boiled egg and another protein so that could include grilled chicken or deli meat or something like a vegetable slice.

Dinner is usually a WW recipe, often with pasta or rice and needs to be toddler friendly. My dinner probably varies the most as I like to try at least one new recipe a week to ensure I have variety, and so I don’t get bored with the same menu.

Dessert is really important to me, it helps me know my day is finished as without it, I tend to keep looking for things in the kitchen to snack on. I also find dessert is something that I can sit down and enjoy and not eat on the run. I mostly have a chocolate cake made with chickpeas which I was hesitant to try at first, as it didn’t sound like it should be a cake, but it really is delicious and satisfies my sweet tooth at night.

Ready to start your weight loss story? Learn how to live a healthier lifestyle that leads to weight loss.

How have you added more movement to your lifestyle?

At first I increased my movement by making the small 20-minute walks that I did some days, with my daughter in the pram, to a walk that I did every day.

Now I do a 5km walk in our local area 4 days a week. The route is no longer a flat one, but includes hills and I’m still pushing my daughter in the pram (who is now 3 and much bigger than a 7 month old baby!). The other 3 days I aim to get my 10,000 steps. I aim to go for a planned walk for 4 days, as I found this was achievable whilst working part time. If I manage to do a planned walk on any other days, then I count it as a bonus. 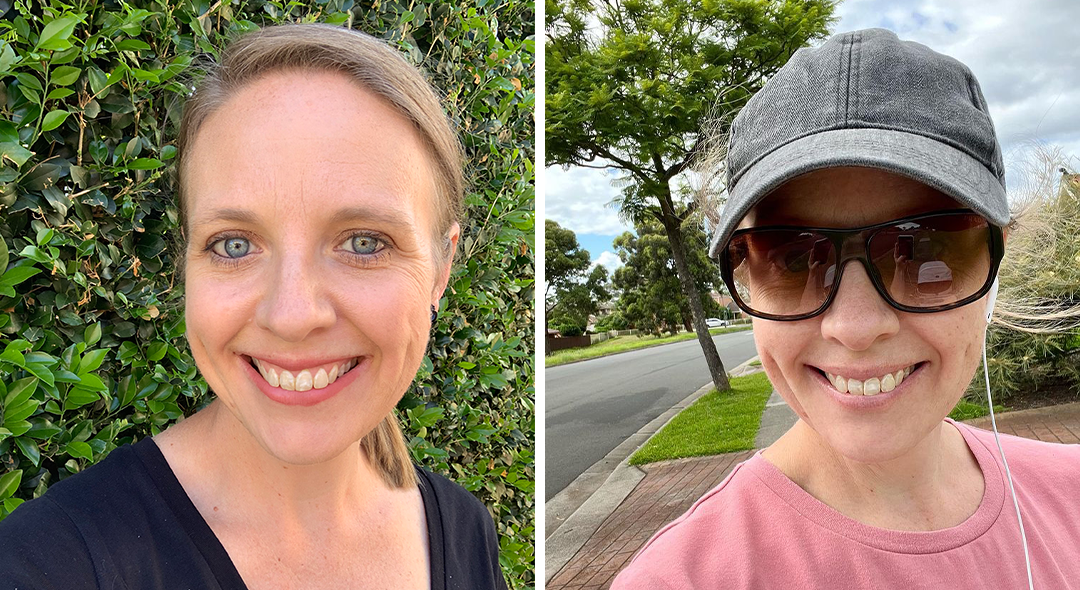 What was your biggest challenge along the way?

I found losing the last few kilograms challenging. In my first year and a half with WW I lost approximately 35kg. It then took me another 10 months to lose 6kg and get to the healthy weight that I am today.

I found it mentally challenging with Sydney’s Covid-19 lockdown, as I was 4kg away from my goal weight and I didn’t want that to slip away from me.

To avoid this, I channeled my energy into staying focused and posted what I ate every day on the WW Connect app, my Instagram page and on Facebook with my local WW workshop. This not only helped me stay focused and on track and inspire and motivate others, but it also helped me reach my goal weight whilst we were in lockdown!

What became your secret weapon to success?

Without meal prep I think I would have found my weight loss journey more challenging, as life throws a lot of curve balls at times. I use the small pockets of time that I have to organise a batch of salads that will last me for 4 meals whether that is for lunch or as a side for dinner. Or I might use the time to make dinner that will last me 2 nights or perhaps make a slice or muffins that will become my afternoon tea or dessert for most of the week. I also make things that are freezer friendly so that if I don’t need them that day, they can be frozen for another time.

What have you learned along the way?

I always thought this sounded cliché, but now I understand that WW is not a diet. It’s not a program that I will stop following now that I am at goal. WW is a program that has enabled me to develop healthy habits that are sustainable and that let me indulge and enjoy life’s celebrations and events, but then re-engage with my healthy habits once that celebration or event has finished. I have created a healthier lifestyle following the WW program.

9
Find the best WW plan for you

1. Don’t give up anything you don’t want to give up forever

“Or once you’ve lost the weight those unhealthy habits will sneak back in. So, keep the chocolate and takeaway in your life, but plan your other meals and days around them to create balance.”

2. Do exercise you enjoy

“This will encourage you to move more, rather than find an excuse not to go or not to do it. Exercise doesn’t have to be fancy, the only exercise that I did and still do is walking. My walking route and length has changed over time to increase and challenge my fitness, but for me walking (while pushing a pram that’s increased in weight) has been enough.”