Low-Carbon Diet: How it Affects the Environment and You

Can the foods you eat create environmental change? Read on to find out how a low-carbon diet works to reduce your carbon footprint.
By Maressa Brown

Plenty of us plan our meals to support our health goals. Could we also help the planet while mapping out those menus? These days, many consumers hoping to reduce their environmental impact are turning to “low-carbon” diets that limit meat and dairy in favor of more plant-based fare.

Despite sounding like a weird weight-loss fad, a low-carbon diet isn't some regimen that requires you to quit eating bread. Nope, there’s really just one main rule: Choose foods that minimize emissions of greenhouse gases, those atmospheric compounds that contribute to climate change.

“What we eat and how it is produced—as well as food waste we create—all have major impacts on the planet,” says Katharine Wilkinson, PhD, an expert in environmental geography who serves as vice president of Project Drawdown, a nonprofit resource for climate solutions.

While eating a low-carbon diet isn’t a cure-all for complex environmental challenges, a 2016 review published in PLoS One concluded that a broad shift to more sustainable eating patterns could slash food-related greenhouse gas emissions by 70%—and impart human health gains to boot.

Read on for the lowdown on what it means to eat a low-carbon diet, as well as how this approach can support good health for humans and the planet.

Diet and your carbon footprint

You’ve probably heard about carbon dioxide, the main greenhouse gas proliferated by human activity, according to the U.S. Environmental Protection Agency. It’s the reason many of us colloquially refer to our environmental impact as our “carbon footprint.”

Carbon dioxide is actually one of several greenhouse gases in the atmosphere, Dr. Wilkinson says. Other biggies include methane and nitrous oxide. These gases—mostly produced by the burning of nonrenewable fossil fuels, as well as certain agricultural practices—get their greenhouse moniker because they trap solar heat that would normally reflect away from Earth’s surface. As a result, the Earth gets warmer.

The global food system—which includes everything from farming and grazing to packing and shipping—is a major factor, there. All told, it accounts for 21–37% of the world’s total greenhouse-gas (GHG) emissions, according to a 2019 report from the United Nations Intergovernmental Panel on Climate Change.

Different foods vary in the amounts of greenhouse gases they generate on their way to your plate. Food waste is a factor, too. Research published in the journal Science in 2018 ranked the four biggest determinants of carbon footprint in the food realm. Here’s a closer look, in descending order of impact.

What is a low-carbon diet? 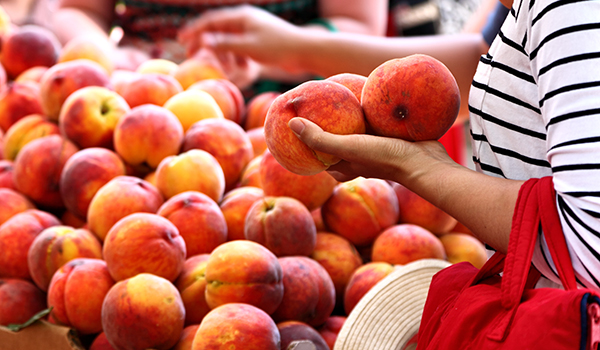 These general practices align with the plant-based eating approach supported by many health experts, Dr. Cordero adds. The EAT-Lancet Commission, a coalition of 37 scientists from 16 countries, wrote in a 2019 report published in The Lancet that plant-based eating can be “good for both people and planet.”

Five goals of a low-carbon diet

Once you know the factors that contribute to GHG emissions in the food supply, the advice for following a low-carbon diet is fairly simple: Do the opposite. Weaving even a few of these ideas into your routine can help lessen your carbon impact, experts say.

Cut back on meat and dairy

Sure, you could go full vegan or vegetarian. But Passerrello supports a piecemeal approach, too. For instance, try setting aside one night a week for a meatless meal, or switch from beef to a lower-impact protein source such as chicken in a favorite dish. On a sandwich, plant-based spreads like guac and hummus make delicious replacements for cheese or mayo.

When only a beefy cheeseburger will satisfy, sourcing ingredients from small, local farms that permit natural grazing may help mitigate the greenhouse impact, says Kelly Jones, a registered dietitian in Newtown, Pennsylvania. “You are supporting a more sustainable means of agriculture,” she notes, as large factory farms may overproduce animals and source feed from far-away locales.

Purchase only what you’ll eat

Passerrello is a fan of weekly meal planning for keeping food out of the trash. Planning provides a roadmap for grocery shopping that prevents you from buying random stuff that’ll just sit in your fridge, she explains. In the event you find yourself stuck with a surplus of soon-to-spoil perishables, do a recipe search for ways to use them up. (Enjoy these ideas for bananas, fresh herbs, and leftover bread.) Or, buy yourself some time and stash items in the freezer for later enjoyment.

For certain kitchen scraps and foods past their prime, home composting may be something to consider, Dr. Wilkinson says. Compost can enrich soil to help your garden grow and reduce methane emitted by landfills.

Choose foods that are minimally processed

Elaborate packaging and production processes generally raise the output of greenhouse gases, Dr. Wilkinson says. A box of snack crackers, for example, requires the manufacture of an interior plastic bag, a cardboard box, printing ink, and adhesive—on top of the ingredients and commercial food equipment needed to make the crackers themselves. “Every bit of plastic or paper or aluminum we produce takes resources and carbon emissions,” Dr. Wilkinson says. “Anytime we can get food that is closer to the way it came out of the ground, the better off we’ll be.”

Focusing on food that’s grown close to home helps cut down on the GHG emissions of commercial transport. Signing up for a CSA (community-supported agriculture) program may be one way to score fresh picks from nearby. CSA members generally get boxes of produce—and sometimes prepared foods such as bread or preserves—from a local farm or farm collective every week. Shopping at a farmers market and buying from small purveyors in your community are other ways to rein in the carbon footprint of your diet. Cruising a conventional grocery store? Look for signs and labels denoting food origins—local selections often get a shout-out.

Of course, you can’t get more local than your own backyard or patio. Check out our guide for advice on starting your own herb-and-veggie garden.

Shop for the season you're in

Seeking out your region’s signature foods at their peak of deliciousness is basically a way to nudge yourself to eat more locally, Jones says. If you live in an area with distinct seasons, this may require changing up your diet throughout the year. For example, Jones—a Pennsylvania resident—says she’s more likely to eat corn on the cob, zucchini, and tomatoes in the second half of summer, when those foods abound in her region. At other times of year, she holds off. “These crops are shipped from places like California, which increases carbon emissions for transport,” she says of her wintertime options.

As a bonus, buying food soon after it’s harvested—often the case when shopping seasonally and locally—helps maximize its shelf life at home, Jones says. Another plus: Seasonal foods often go on sale as suppliers work to sell off their bounty. To find out what’s in season near you, use the search tool at Seasonal Food Guide.

15 recipes with a lower carbon footprint

Looking for delicious ways to reduce the carbon footprint of your meals? These WW recipes bypass the beef, use simple ingredients, and focus on fresh.

Compared with diets high in meat and dairy, low-carbon-footprint diets tend to be of higher quality and, in many cases, are more nutritious, according to a 2019 study of more than 16,000 U.S. adults published in The American Journal of Clinical Nutrition.

“Eating better for the environment means eating less meat and more plants, which translates to less saturated fat and more fiber,” Passarello says by way of explanation. Indeed, high intake of saturated fat is linked with increased levels of LDL cholesterol—the harmful kind associated with heart disease and stroke. On the flip side, higher consumption of fiber has been associated with lower risk of death from heart disease.

Looking at the big picture, the EAT-Lancet Commission estimated that a global shift to eating in a way that curbs GHG emissions could prevent between 19% and 24% of total adult deaths per year.

As for weight loss, it’s possible to drop pounds on a low-carbon diet, but it’s not a sure bet. Ultimately, weight loss requires a caloric deficit, says registered dietitian Jaclyn London, MS, CDN, head of nutrition & wellness at WW. Whether a person loses weight by swapping steak for tempeh depends on their overall diet and lifestyle.

In general, adding more plants to your diet usually is a smart idea. The most recent Dietary Guidelines for Americans endorse a plant-based approach as a healthy pattern of eating.

The upshot: Should you try a low-carbon diet?

Following a low-carbon diet—in other words, prioritizing food choices that minimize greenhouse-gas emissions—could do good things for the environment and for human health, experts say.

Reducing the carbon footprint of your diet starts with awareness. Beyond that, making a difference comes down to simple, everyday steps: cutting back on meat and dairy, eating more plant-based foods, shopping locally and seasonally, limiting processed foods, and reducing the amount of food you toss in the trash.

Says Dr. Wilkinson, echoing a number of published studies on the topic, “We have an incredible win-win opportunity to eat in a way that’s better for our bodies and better for the planet.”

Maressa Brown is a writer and editor in Los Angeles specializing in health and lifestyle topics. She’s written for Shape, InStyle, Parents, The Washington Post, Cosmopolitan, Better Homes and Gardens, and Women’s Health, among other outlets.

This article was reviewed for accuracy in July 2021 by Angela Goscilo, MS, RD, CDN, manager of nutrition. The WW Science Team is a dedicated group of experts who ensure all our solutions are rooted in the best possible research.