A healthy spin on this comfort food classic. 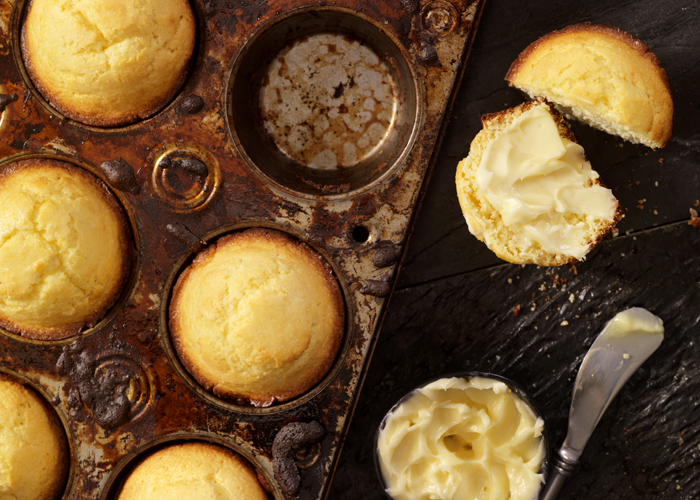 When you think of cornbread you likely think of barbecue, sweet tea, and oh, yeah, calories! No doubt that this decadent side dish is delicious, but many of us feel we have to look the other way when watching our waistlines.

Here we have rounded up three delicious cornbread recipes sure to keep you on track while satisfying your southern-food hankerings, but first, a little cornbread 101.

The term cornbread is used to refer to a family of leavened quick breads made with cornmeal. They are often times cooked in a cast iron skillet, but can also come in sheets, loaves or muffins. They are typically associated with the cooking of the American south and can be found alongside any good barbecue platter.

Cornbread has history dating back to the Native Americans, who would use ground cornmeal to fashion many of their prepared foods, including the ancestors of cornbread. When the European settlers arrived, they were influenced by the Native American use of local ingredients and began substituting cornmeal for flour in their breads, which eventually evolved into the cornbread we enjoy today.