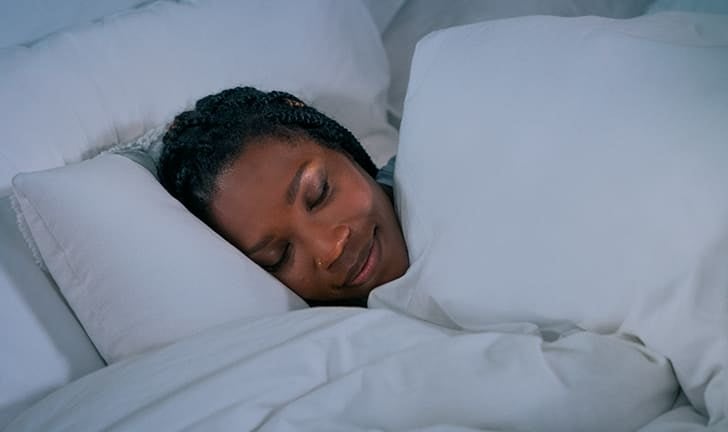 What’s the deal with heavy sleepers?

Are you a person who can sleep through anything? Including dogs barking, thunderstorms, sirens and, even alarms? If you answered yes to any of these then you might consider yourself to be a heavy sleeper.

How you react to changes in your environment like sound and light while sleeping is a result of something called your “arousal threshold.” Someone who is a heavy sleeper will have a higher threshold than someone who is a light sleeper. A heavy sleeper will typically need a significant stimulus to be woken from sleep. Interestingly, scientists aren’t completely sure what determines a person’s arousal threshold but consider genetics, lifestyle and underlying sleep conditions as possible factors.

It’s typically believed that the sleep stages play an important role in determining whether someone is a light or heavy sleeper. This theory suggests that heavy sleepers will spend more time in deep REM sleep, where we are less likely to be woken by stimulants.

There is another important factor at play that can determine why people are heavy sleepers. A 2010 study found that people who can sleep through anything show more frequent bursts of brain activity called sleep spindles. The study compared the sleep spindle production of 12 subjects to the loudness needed to wake them. The comparison showed that people who produced more sleep spindles were less likely to wake up from noises. They determined that sleep spindles indicate when the brain is blocking noises from disrupting sleep.

Unfortunately, researchers have yet to determine why some people produce more sleep spindles than others or how to manipulate the production of sleep spindles.

Troubles with being a heavy sleeper

Heavy sleepers often find most of their troubles occur in the morning. Oversleeping, sleeping through alarms, and general trouble waking up in the morning are typical problems associated with being a heavy sleeper. This can impact a person’s work and social life along with causing issues for family members as well.

We might be able to explain this issue by taking a look at the sleep stages again. Heavy sleepers are thought to spend more time in deep REM sleep. While in REM sleep it is harder for a person to be woken up and if they are woken up they will probably be groggy and disoriented. So it’s no wonder that it’s harder for heavy sleepers to wake in the morning, as they may be getting woken up from deep REM sleep.

Here are some tips for heavy sleepers to help prevent oversleeping:

Overall, it’s generally not a bad thing to be a heavy sleeper. In fact it often means you are getting a lot of beneficial deep sleep. Troubles can arise in the morning, but with some simple lifestyle changes and a good alarm clock, heavy sleepers should be up and moving in no time.