There’s a lot of history in that cuppa joe.
Sarah Munn 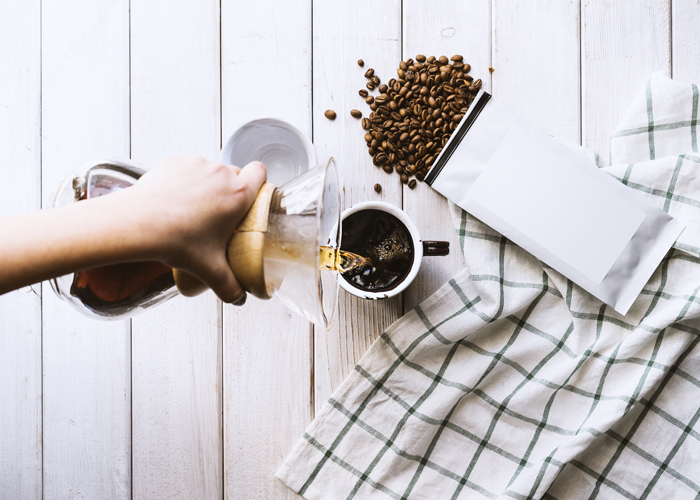 Extra large, double-double. Single shot espresso. Blonde roast. Iced Capp. Flat white. Caramel macchiato. However you take it, if you’re a coffee drinker between the ages of 18 and 79, you’re among the 67 per cent of adult Canadians who enjoy at least one cup of the stuff a day[i].

The Coffee Association of Canada, in its 2016 Coffee Drinking Study, discovered that coffee is even more popular among Canadians than tap water, and the percentage of consumers between the ages of 18-24 has been steadily increasing in recent years, from 38 per cent saying in 2008 they drank coffee in the past day, to 58 per cent saying the same in 2016[ii].

Meanwhile, the United States is the largest consumer of coffee, drinking one-fifth of the world’s supply, so says Global Exchange, an international human rights organization that champions Fair Trade[iii].

So how did coffee become so popular anyway?

According to the Coffee Research Institute, coffee comes from the Coffea plant, with the two main species being Coffea arabica (known as Arabica) and Coffea canephora (known as Robusta). Coffea arabica accounts for 75 per cent to 80 per cent of coffee production in the world today[iv].

Legend has it that an Ethiopian goat herder discovered coffee sometime between 900 BC and 500 BC (sources differ on the exact year), after noticing how energetic his goats became after munching on berries from a certain tree. According to the National Coffee Association USA (NCA), the goat herder, named Kaldi, told the abbot in the local monastery what he’d observed, and the abbot made a drink with the coffee berries that kept him alert through the many hours of evening prayer. From there, coffee spread to the Arabian Peninsula, and people began making a beverage from the seeds (beans) inside the berries, known today as coffee cherries[v].

By the 15th century, the NCA says, people were growing coffee in the Yemeni district of Arabia, and 100 years later, it was known across Persia, Egypt, Syria, and Turkey. This is also where the original coffeehouses sprang up – called qahveh khaneh – arguably sparking the inception of today’s coffee culture. Coffeehouses became centres for engaging in intelligent conversation, keeping up to date on the news, listening to music, watching performers, and playing chess. By the 17th century, coffee was spreading across Europe, and halfway through the century, London had more than 300 coffeehouses. Coffee came to New Amsterdam, which would later become New York, in the mid-1600s, though tea remained the more popular drink for a while. It was the Boston Tea Party revolt at the end of 1773 that sealed the deal, cementing an American preference for joe. Coffee continued to spread around the world, becoming one of the most profitable export crops by the end of the 18th century, and today being the second-most sought commodity in the world (after crude oil)[vi].

Is it any good for us?

Though we often hear conflicting stories about whether coffee, and namely caffeine, is good for us, some researchers stand by its purported benefits, even recommending a significant daily intake.

Various Harvard studies have linked coffee to, among other health benefits; improved blood pressure, decreased risk of type 2 diabetes, lower risk of basal cell carcinoma, lower risk of a deadly type of prostate cancer, and even lower rates of depression and a reduced risk of suicide[vii].

Dietitians of Canada stays reserved on the potential health benefits of caffeine, saying it supports Health Canada’s guidelines of no more than 400 milligrams of caffeine per day for healthy adults and no more than 300 mg for women of childbearing age[viii]. An eight-ounce cup (237 millilitres) of brewed coffee has about 135 mg of caffeine, according to Health Canada[ix]. So you can safely have almost three full cups of joe a day. Happy sipping!

Is tea more to your taste? Get in the know with our article Tea Time!

Looking to satisfy your coffee craving? Check out our java-inspired recipes below!