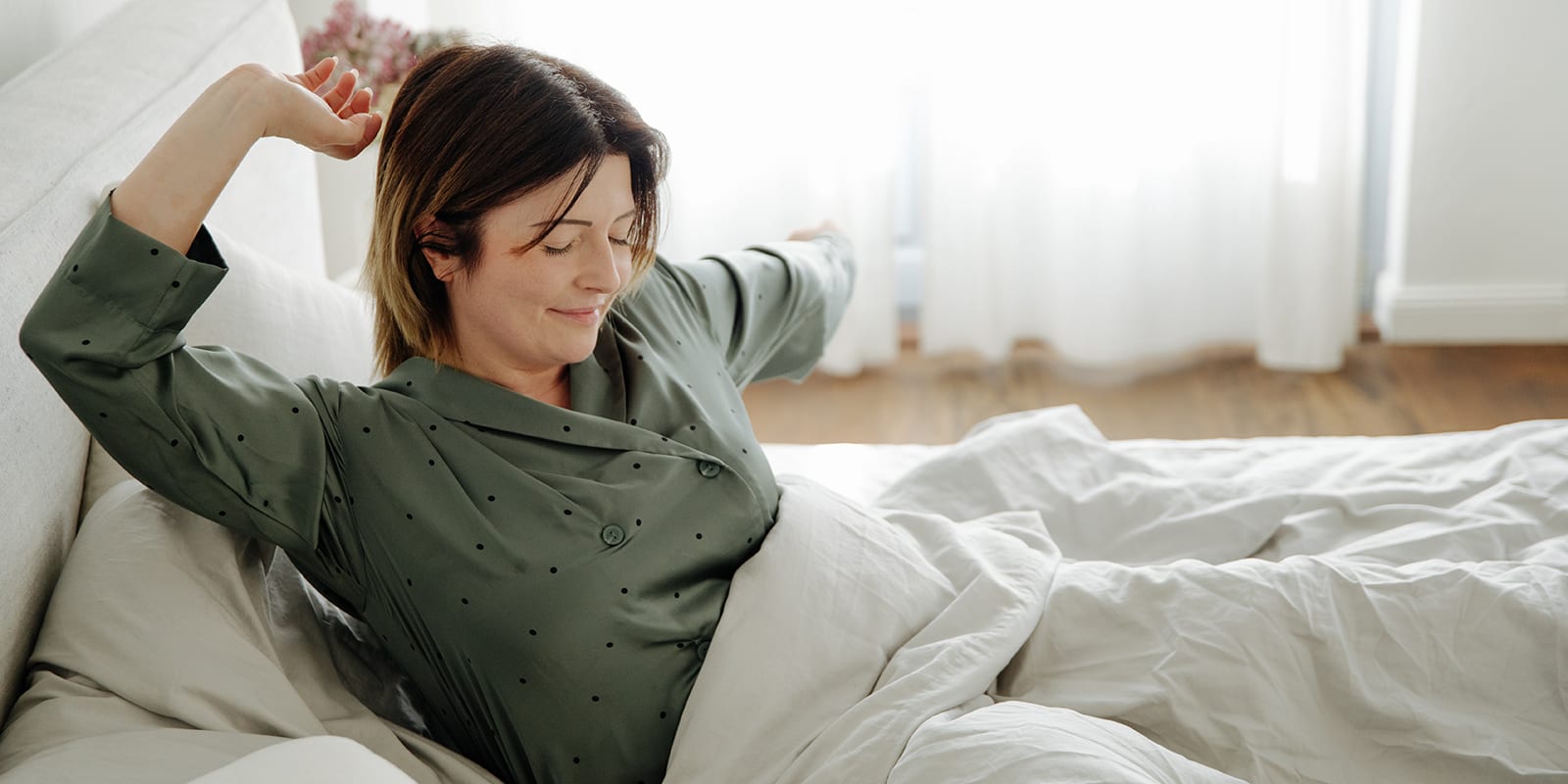 Sleep and weight: what’s the connection?

Discover the science behind sleep, weight loss and weight gain. Plus, learn how to track your sleep in the WW app.

Sleep. That precious necessity we all need – and yet so few of us end up getting enough. Thanks to modern pressure and conveniences, our bodies are exposed to light, noise, food and activity when they expect dark, quiet and rest. Not only do we tend to go to bed too late, but our sleep is often broken and poor quality.

Many of us are guilty of using our phones or watching TV before bed. All screens emit blue light, which interferes with our body’s natural circadian rhythm, disrupting our sleep.

While we can survive on poor sleep, it’s not ideal for our health, or for successful weight management. Here’s the science behind the sleep-weight connection.

Sleep can help us towards our weight loss goals

Let’s break down the sleep-weight connection. The less rest you get, the hungrier you’re likely to feel, and the harder it will be to stay within your budget. That’s because lack of sleep affects your appetite-regulating hormones, leptin and ghrelin. They’re responsible for telling you when you’re full (leptin goes down) versus hungry (ghrelin goes up), depending on how rested you are. Plus, lack of sleep has been linked to increased insulin production, decreased insulin sensitivity, and rise in blood sugar (aka, the way your body responds to digestion and absorbs the food you eat). All of the above, when viewed across population studies, have been linked to type II diabetes, cardiovascular disease, and overall mortality.

According to a study published in the International Journal of Obesity, people who sleep between six and eight hours a night have a better chance of achieving their weight loss goals than those who slept less or more than this.

Researchers recruited 472 obese adults to a six-month intensive weight loss intervention programme. They found that participants who reported sleeping between six and seven or between seven and eight hours a night were more likely to lose at least 4.5kg than those who slept for six hours or less, or eight hours or more.

The study also measured stress and found that participants reporting both less than six hours sleep, and the highest stress scores, were about half as likely to succeed in the program.

Track your sleep on the WW app

Because sleep is so important for our overall wellbeing (and can support your weight loss goals) we've introduced a sleep tracker in the WW app.

Lack of sleep linked to increased appetite and obesity

A 2010 report published by the National Centre for Biotechnology Information refers to epidemiologic and experimental sleep studies correlating fewer hours of sleep with incidence of obesity, hypertension and other metabolic disorders.

Specifically, epidemiologic studies (how often diseases occur in different groups of people and why) indicate that lack of sleep is an independent risk factor for gaining weight.

This may be down to a proven link between short sleep and increased appetite. Dr Gary Foster, the Chief Scientific Officer at WW International, said: “The hormone ghrelin – the appetite hormone – tends to go up a little when you’re tired and that’s associated with being hungry. “Yet the more likely reason people eat when they’re tired is because we humans aren’t so clever at recognising the signals our body is sending us.

“People mistake a lot of bodily states – thirst, tiredness, boredom – for hunger. If you’re tired and you eat something because you think it will help, and you repeat that behaviour five to ten times, after a while the presence of fatigue will prompt you to eat.”

However, it remains uncertain whether less sleep directly causes obesity. Some studies suggest that the connection may be because people who are obese are more likely to have a sleep disorder such as sleep apnoea.

Lack of sleep can lead to increased fat storage

A 2012 study indicates that sleep also has an impact on metabolism. Metabolism is the process by which our bodies convert calories into energy – and research suggests that poor sleep causes metabolism to work less effectively, leaving more unexpended energy to be stored in the body as fat.

Not only that, but another study points to poor sleep triggering the body to produce more insulin and stress hormone cortisol. Elevated levels of these hormones can prompt us to store more energy as fat, especially around the abdomen.

Dr Foster added: “When you’re tired, you’re not on top of your game, you’re not performing at your best and your judgement is impaired. When it comes to making smart decisions for your health, being tired makes that harder too. “When we’re tired, we lean towards the easy default, which often means choosing quick, unhealthy foods or deciding not to exercise.”

Lack of sleep heightens our risk factor for disease

Many epidemiologic and experimental studies link short or disrupted sleep to elements of one of the major health problems linked to obesity: metabolic syndrome.

This includes a variety of symptoms that can lead to heart disease, stroke or diabetes, including high cholesterol, hypertension, insulin resistance, and glucose intolerance.

Short sleep has been shown to contribute to hypertension by disrupting the normal nightly decrease in blood pressure.

Experimental studies found that people with restricted sleep also had increased excretion of noradrenaline in the urine. This suggests increased activity in the sympathetic nervous system, which raises heart rate and blood pressure.

Does quality of sleep matter?

Numerous studies suggest that how much time is spent in the various stages of sleep is more important than total sleep time.

A study was published in the journal Sleep reported that men who got less slow-wave sleep (considered the deepest sleep, occurring just before “rapid eye movement” sleep) were more likely to be obese, even after controlling for total sleep time.

Is there such a thing as too much sleep?

While getting enough quality sleep is important, oversleeping can throw the body’s biological clock off course.

Research also shows a connection between weight gain and too much sleep. As with too little sleep, oversleeping can lead to a higher risk of obesity.

It may seem like a lot to take in, but if you’re getting six to eight hours of quality sleep a night, you’re on the right track.