Penny: Happiness is a marathon, not a sprint

Taking control of her life by overhauling her fitness and food choices helped Penny find her happiness.

"I soon discovered that exercising made me feel good! " 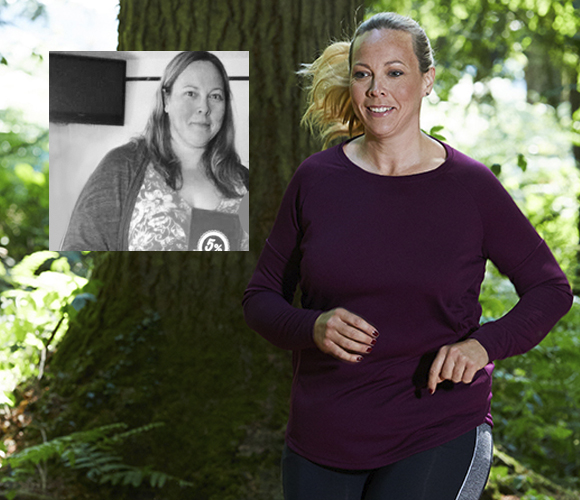 I’d had anxiety and depression since childhood, and after breaking my ankle at age 10, I gained weight. Because I had a big appetite, it wasn’t long before kids started calling me ‘Big Penny’. My low self-esteem meant I left school with no qualifications, and then, at 19, I was prescribed anti-depressants after the birth of my son. Soon, I found myself a single mum of three and life was a struggle – not helped by my anxiety and unhealthy eating habits.

I started attending night school in 2006. Although I still battled depression, I passed four GCSEs, then studied nursing. Despite finding a job as an A&E nurse, being overweight made me feel like a failure and constantly anxious. The stress led to me having four panic attacks within a month and I realised I could no longer ignore my physical and mental health. My WW Coach, Sam, encouraged me, but I was slow to start and skipped my WW Workshops. Then my GP referred me for cognitive behavioural therapy (CBT), which helped me to challenge negative thought patterns. I also began cooking from scratch and was relieved when the kids loved my healthier dinners.

As well as changing my eating habits, I bought a Fitbit and started tracking my steps. Then, I used the Couch to 5K app to help me start running. I soon discovered that exercising made me feel good! Now, I’ve lost 8st and, on the advice of my GP, I’ve stopped taking anti-depressants. I’ve even signed up for a marathon! I still have the occasional moment of self-doubt, but being physically and mentally healthy helps me cope with it in a positive way.