How Sandy makes the program work for her – wherever she is.
Sarah Munn

WW Program: Green (after trying Purple for a couple of months)

What she says about the new program: “What I find so interesting is, without even thinking about it, how I was viewing different foods, and what was SmartPoint-worthy and what wasn’t. Switching to Green has really made me realize that I was eating way too many ZeroPointTM foods, reaching for food when I wasn’t really hungry. … I think that you should never be married to one of the options.” 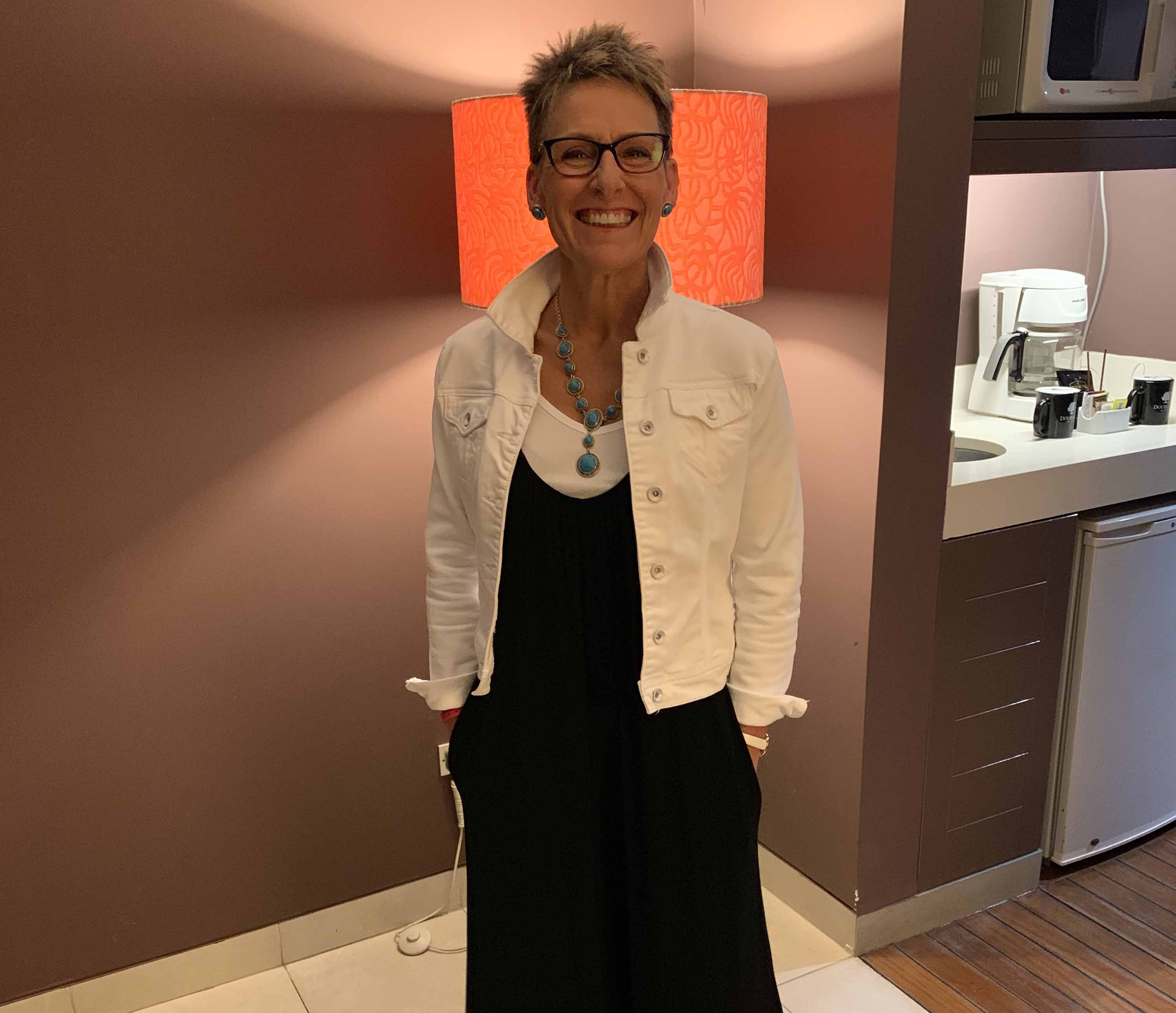 Sandy first tried WW in 1988 and went on and off the program throughout the years, always losing 40-50 pounds and then gaining it back. In 2000 she reached her goal weight for the first time but struggled to maintain it. Then in 2011, after relocating to Hong Kong, she gave the program another go and has been at her goal weight since 2013.

Now living in Lima, Peru, Sandy is adapting to a new country and a new routine – but her health and fitness goals remain unchanged. And the nature of WW means the program translates easily internationally.

“It’s just real food,” Sandy says, explaining that there are no WW packaged foods she has to eat or supplements she has to take. The main adjustment she’s had to make food-wise in Peru is to the staples she was used to in Canada – such as canned tomatoes, which are hard to find there. But she says at the end of the day, food is food, and a little creativity goes a long way.

“You can do the plan, it doesn’t matter where you are, because it’s whole foods.”

Dealing with other people’s reactions

That “real food” concept is what makes going out to restaurants on WW easy, Sandy explains, though in recent months she has had to deal with other people’s sometimes negative or limiting attitudes toward her being a WW member, something she says she hasn’t had to deal with in a long time.

“What I have encountered is, ‘Oh well I don’t know if you can go there for lunch.’ ‘Is there something you can have?’ Or they feel that what I’m ordering somehow influences what they are going to order.”

Sandy describes how these kinds of comments can make her feel bad for eating healthy or feel as if she should just “suck it up” and eat what the other people at the table want to eat. But she says she’s stood up for herself, politely telling people she can eat at any restaurant they go to and will order something that’s comfortable for her, and they can order whatever they like.

Her ability to be forward and stand her ground in those situations speaks to the confidence Sandy has developed over the years.

“Mentally, I have much more confidence than I’ve ever had. I was always the person in the back of the room, didn’t really say a lot, had one outfit to wear that was always black, always worried about some sort of wardrobe malfunction. … Now I wear colours. I never worry about how I look going somewhere – which took a long time for my head and my body to sort of catch up with each other.”

Sandy’s weight loss has “opened up a whole different type of lifestyle,” she says, because she’s so much more active now.

She and her husband run marathons together and have climbed Kilimanjaro and reached Everest base camp, activities she says she’d never imagined she’d experience 10 years ago.

And another added bonus? All that activity has been good for her marriage.

“Our relationship definitely strengthened because we are very active together.”

Being physically able to maintain that level of activity, along with exploring and travelling the world, are the reasons Sandy is so motivated to maintain her healthy goals. When she started her WW journey, she says her “why” was much more about vanity, but now it’s about keeping her body “working optimally.”

Like anyone, Sandy has faced challenges throughout her WW journey. At the moment, she’s dealing with perimenopause, which has caused her weight to fluctuate – something she hasn’t had happen in years.

“I’ve had to really look at the foods that I’m eating, and even though I’m eating within my SmartPoints Budget, it doesn’t necessarily mean that those are the right combination of foods for me, at this point.”

Relocating to different parts of the world has also proved challenging over the years, but through trial and error, she now knows how to set herself up for success when she’s moving homes or countries. When she and her husband relocated to Peru in April, 2019, she had already set up an appointment with a personal trainer for when they arrived and had planned to continue her and her husband’s usual runs.

For anyone dealing with challenges along their journey, Sandy recommends grabbing one thing you can do and focusing on it – whether that’s prepping your meals, maintaining your activity or getting enough sleep – rather than trying to control everything when life gets chaotic. “Even when I think things are just going absolutely awry, it’s thinking ahead about what are the things that I can control, and letting go of the other things. And it’s hard. It’s hard to do that. But I think that sometimes we get wrapped up in thinking about everything we need to do and don’t do anything at all.” 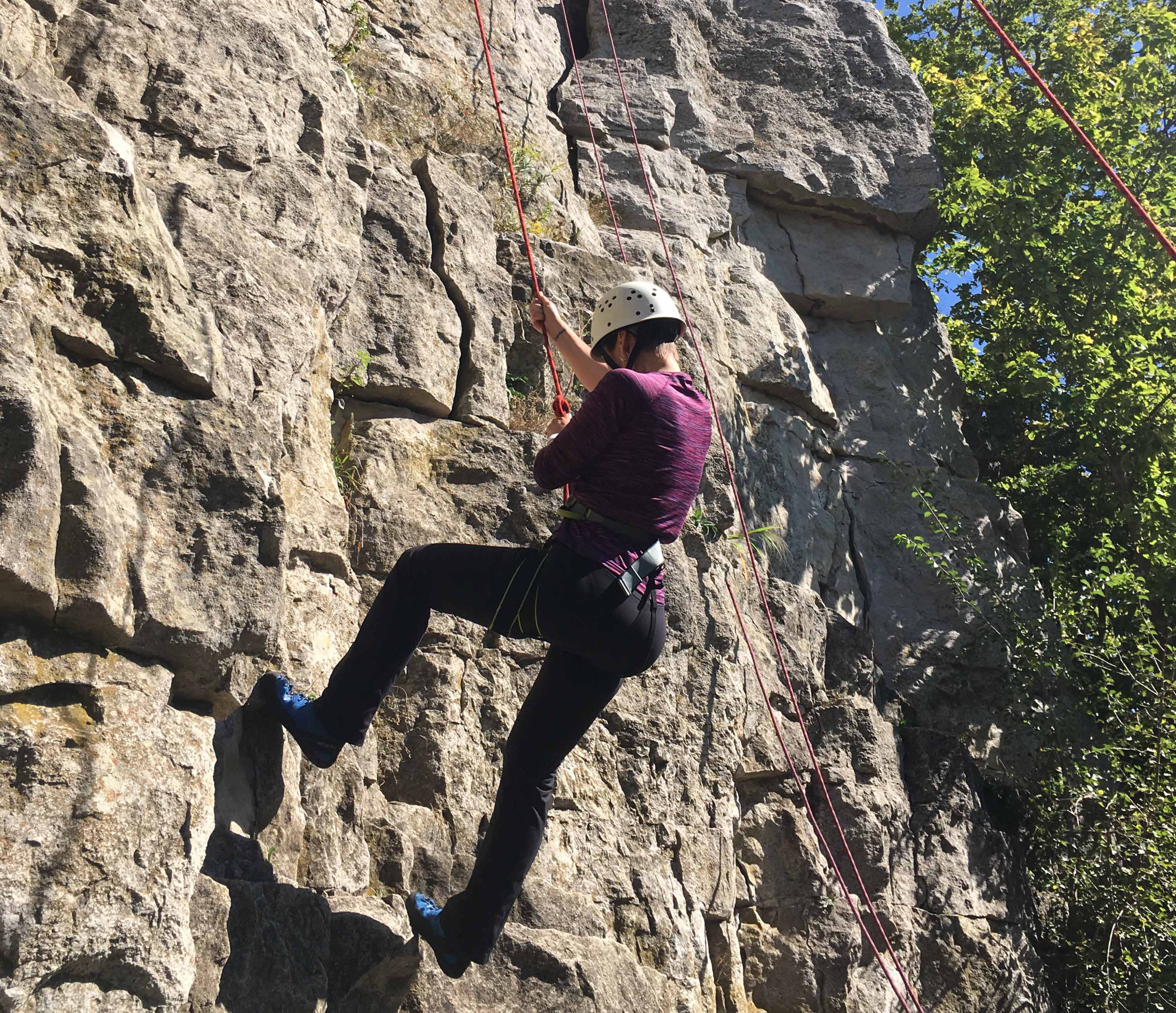