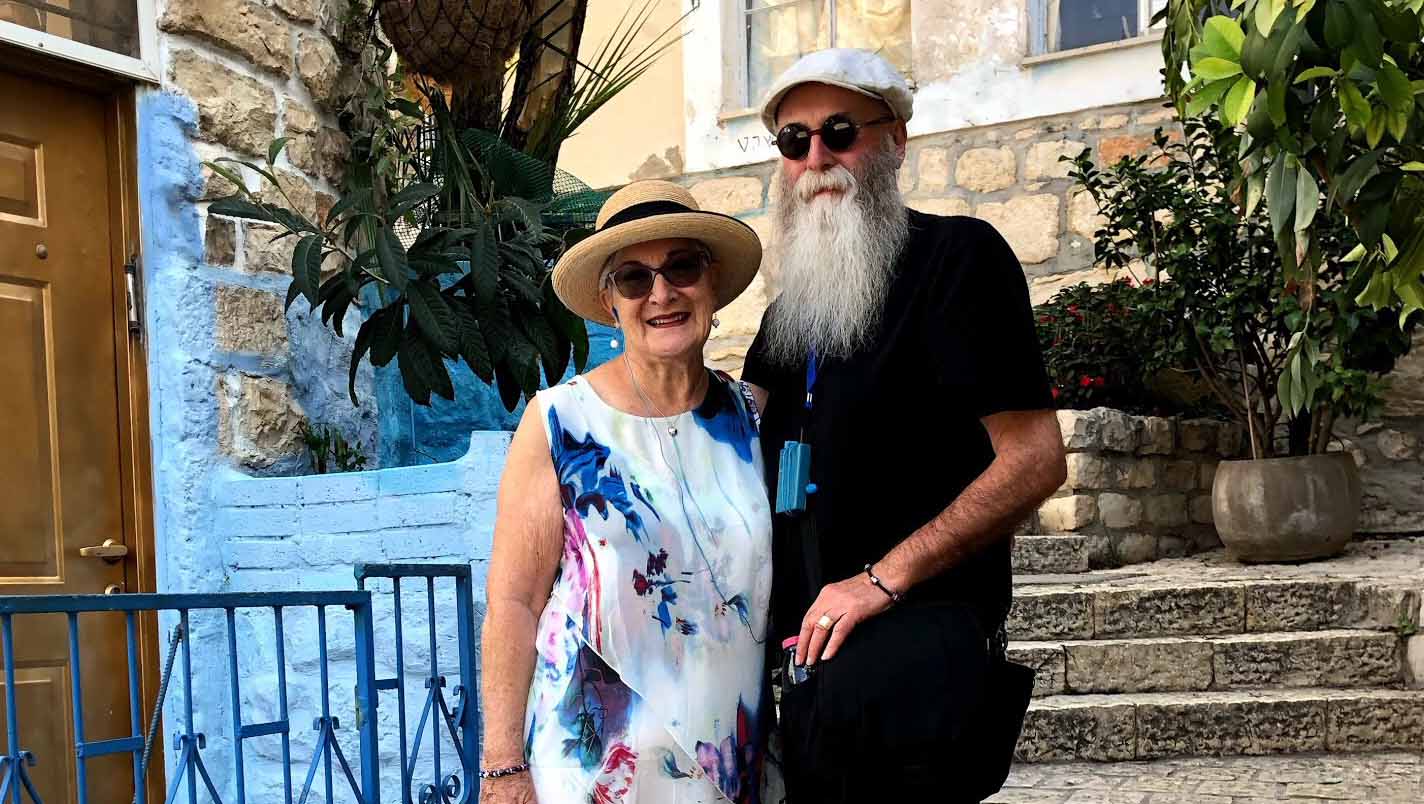 “It’s just been so transformational for us”

How Helen and Bob turned their lives around on WW – together.
Sarah Munn


Bob’s mother did the program in the 1960s, when it was first developed, and found success, eventually reaching the Lifetime milestone. Helen had also done the program a couple of times over the years, with some success. She’d always done it on her own, which was difficult, but in June of 2019, that changed. This time, her husband, Bob, joined her, and they haven’t looked back since.


“It’s just been so transformational for us,” Helen says of their journey on the program.


It was after a trip to England in April last year to celebrate their 50th wedding anniversary that Helen and Bob decided they wanted to take action on their health. The photos from their trip were a bit of a wake-up call, they say, and they were also dealing with some minor health issues, as well as struggling to keep up with maintaining their home and garden, leading them to seriously consider downsizing.


In just a little more than a year, both Helen and Bob no longer need their blood pressure medication, and downsizing has been taken off the table – they now have more than enough energy to take care of their house and maintain the garden.


“It’s a profound difference,” Bob says of how they are able to handle the upkeep now.


Both on myWWTM Blue, Bob has become lifetime, having reached his goal weight of 195 pounds, and Helen is just a couple pounds away from her lifetime goal weight of 170 pounds. This is the most weight-loss success she’s ever had, by far, she says.

A key part of her success has been having Bob on board as a built-in WW buddy this time around.


“In the previous attempts when Helen had been on Weight Watchers, I wasn’t the least bit interested,” Bob says.


So what was different for him this time?


“[It’s] just a different time of life really,” he says, explaining how it wasn’t a priority for him in the past when he was working and enjoying the expense-account lifestyle of his job.


Having Bob on board this time has been a game-changer for Helen.


“It was much harder for Helen when I wasn’t interested,” Bob says.


“It’s been amazingly better, I think, for having both of us on the program at the same time,” Helen says.


They recall a period along their WW journey when Helen reached a plateau, which caused some frustration. But they talked about it and worked through it together, coming up with ideas of things to try.


“I think it works much better if you’ve got somebody to support you,” Bob adds.


This iteration of the WW program is also better, Helen says, largely because of the vast cache of online resources and recipes and the ability to do things like tracking and barcode scanning seamlessly through the app – instead of the old-school way on paper.


We asked the couple what tips they’d give to others on the program. Here’s what they had to say.

It might sound simple, but Helen and Bob’s main advice is to just follow the WW program.


“It’s very simple, to me. If you’re gonna give Weight Watchers money, you might as well listen to what they have to say,” Bob says.


“Do as you’re told and the results will come,” Helen adds.


They also suggest taking your journey in small pieces, as it can feel daunting, and celebrating along the way.

Though virtual for now, the WW meetings are still a big part of Helen and Bob’s journey. They encourage anyone on the program to make a point of going because the benefits are tenfold.


“They’re just so inspirational. You always learn something from somebody. And that’s good, it’s good to touch base with people who are on the same journey and get the support from the coaches as well,” Helen says.


“I think having the support is very meaningful on this journey,” she adds.


Your WW coach can make a big difference in your success, Helen and Bob say. If the first one you interact with doesn’t feel like a fit for you, don’t be discouraged – and don’t be afraid to shop around. Keep trying different meetings until you find the coach who’s perfect for you.