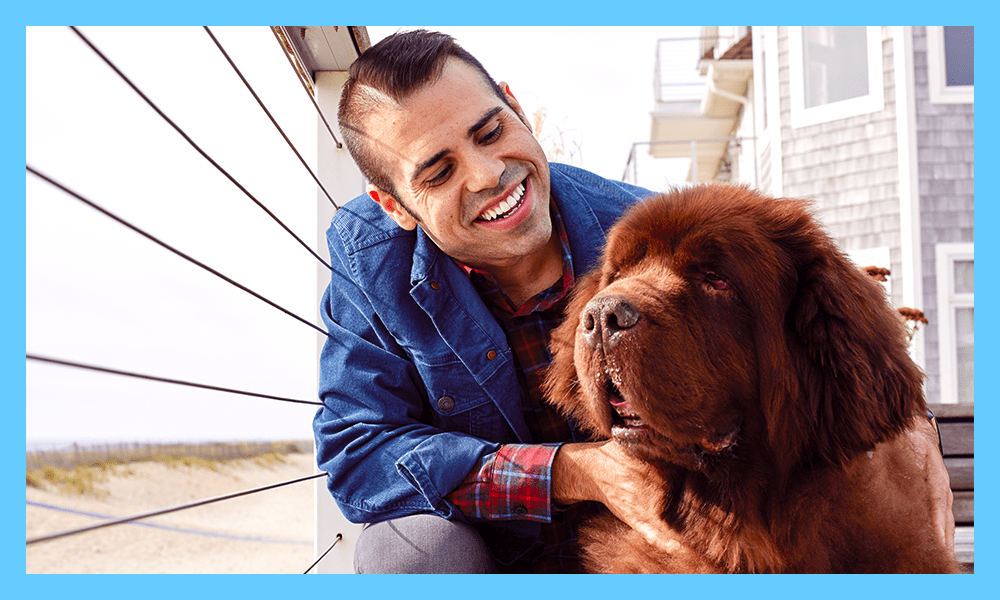 *People following the WW program can expect to lose 1-2 pounds/week. Jake lost weight on a prior program and is continuing on myWW™.


As told to Katerina Gkionis

When I opened my work email to see a WW voucher in February of 2017, I took it as a sign: I was in desperate need of help.

It had been a year since I began treatment for high blood pressure, diabetes, and sleep apnea—all issues linked to my weight. After years of eating oversized portions and living a sedentary lifestyle, my weight surpassed 300 pounds. At only 35 years old, I couldn’t believe I had so many health issues. While I’d tried to lose weight on my own by cutting out whole food groups or moving more, nothing stuck.

Beyond my health, my size was impacting my quality of life; I couldn’t go shopping at regular stores, ride rollercoasters, or fit into restaurant booths. In deep denial, I avoided scales and mirrors. I didn’t want to look at myself.

Feeling as though I had nothing to lose, I walked into my first WW Workshop.

To my surprise, the program didn’t feel restrictive—particularly compared to the Paleo diet and extreme calorie-cutting I’d tried in the past. Instead of figuring out which foods I’d have to cut out, I browsed through the WW app to see how the foods I was already eating could fit into my SmartPoints® Budget.

I started with breakfast. Each day, I’d run out the door, never thinking through what I was going to eat that day. I’d stop by the coffee shop for a large sugar-laden drink and breakfast sandwich. When I looked it all up in the app, I realized I was spending 39 SmartPoints on breakfast!

To save SmartPoints for later in the day, I started making omelettes with a side of fruit for breakfast, then tracked it all in the app. Paying attention to my portions and getting ample protein helped me stay full—and full of energy. After just one week, I lost almost five pounds.*

After I mastered breakfast, I moved on to other meals. As a creature of habit, I’d grown used to  piling my plate high with foods like spaghetti and meat sauce or a roast beef hoagie with chips. Slowly, I started making some swaps: Instead of chips, I had carrots. Instead of diet soda, I had water. I still had a sandwich, like peanut butter and jelly, but I measured out my portions and I tracked them.


What Jake ate then vs. now

Then: A large java chip frappuccino and a reduced-fat turkey bacon breakfast sandwich

Now: Overnight oats made with oats, cinnamon, nutmeg, unsweetened applesauce, almond milk, and peanut butter or a two-egg omelette with fat-free cheese, onions, garlic, and spinach plus a banana

Then: Roast beef, mayo, cheese, and veggies on six-inch hoagie with chips and diet soda

Now: A chicken stir-fry with brown rice or whole grain pasta with meatless crumbles and cheese sauce made from fat-free cheese and cashew milk

Then: A huge plate of spaghetti with meat sauce, a Caesar salad, and breadsticks

Then: Chips and salsa

Beyond my wildest dreams

The more changes I made, the more weight I lost. When I joined, my WW Coach told me to focus on my food changes first, and then think about activity. About a month into the program, I felt like I wanted to move more. I knew that activity could only help me reach my goals, so I resolved to walk my dog around the block three days a week.

After two weeks, I decided to join a gym. Sure that other members would judge me, I avoided the weight room and stuck with walking—and eventually running—on the treadmill for 30 minutes, three days a week.

About four months into my journey, I noticed a few Instagramers I followed talking about the health benefits of strength training. So one day at the gym, I wandered over to an upper body strength training machine and started using it. To my surprise, no one judged me or batted an eye.

For years, I could barely run a mile, but building strength made me want to run further and faster: I signed up for a 5K race, then a 10K and a half-marathon. At the 10-mile maker of my second half-marathon, I realized that I was on track to beat my personal best. I couldn’t believe it. There I was finishing 13.1 miles in two hours and one minute. To date, I’ve completed 28 races in two years!

When myWW debuted, I was in maintenance mode, meaning my new goal was to keep my weight steady. I chose Purple because of its variety: With more than 300 ZeroPoints™ foods that I wouldn’t have to measure or track, I was excited to fill up on foods I loved like overnight oats and whole grain pasta.

After just a few months on Purple, I’d begun to feel more satiated between meals thanks to the starchy vegetables like potatoes and healthy carbs like brown rice that I’d added into my diet. Air-popped popcorn—a ZeroPoint food!—with a touch of salt and spray butter became my new favourite snack.

Another new staple: homemade “nachos” which I make from air-fried potato slices instead of chips. I’ll top them with salsa con queso, tomatoes, lettuce, spinach, onion, and cheese—they’re just 1 SmartPoints value on Purple!

I used to feel like I was a prisoner in my own body, and I didn’t know how to break free. By stepping foot into my first Workshop, that was the first step in becoming who I am today. I’ve lost 140 pounds* but I’ve gained a newfound appreciation.

Now that I can ride roller coasters, shop for straight-sized clothing at the mall, and feel comfortable going on dates, I probably look in the mirror too much. And I love what I see.