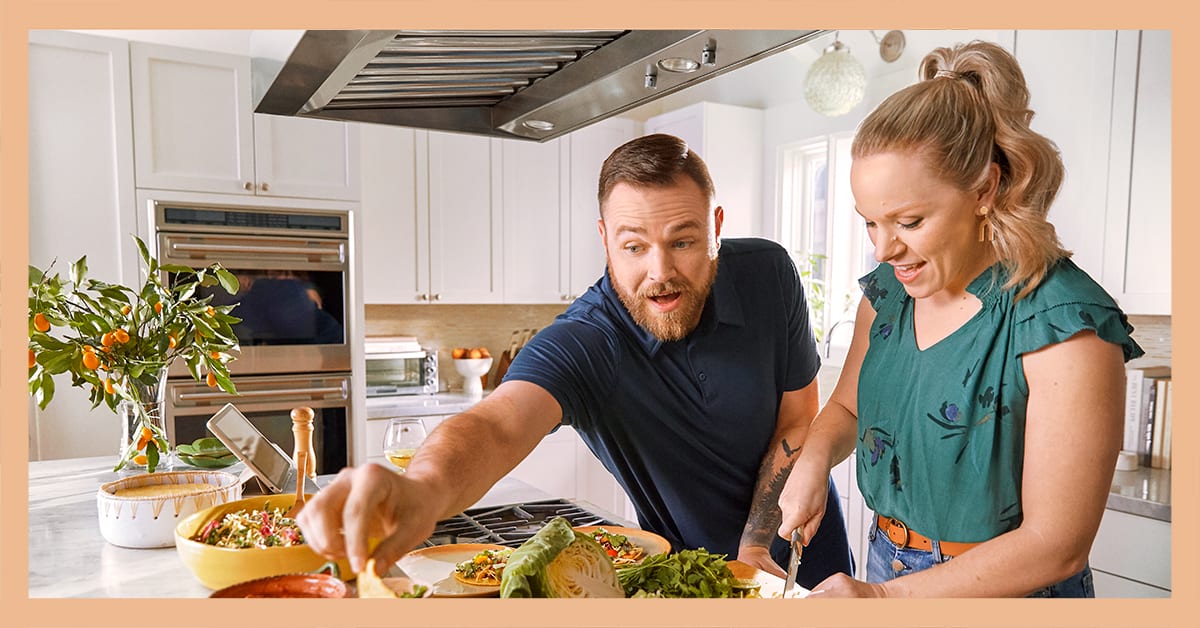 *People following the WW program can expect to lose 1-2 pounds/week. Emily and Josh, WW Coaches, lost weight on a prior program and are continuing on myWW+.

High school sweethearts Emily and Josh D. of Longview, Washington, began dating at 16 and have been inseparable ever since. They married, both became teachers, and now are the proud parents of three daughters ages 7, 5, and 2. After finding success as WW members, Emily and Josh—together, of course—became WW Coaches.

WW: Let’s start at the beginning. When did weight first become an issue for each of you?

WW: Josh, did your feelings about your own weight change during Emily’s pregnancy?

WW: What were some of the other early changes you two made on the program?

Greek yogurt with berries, or baked egg cups with bell pepper, ham, and light cheese; two shots of espresso with a protein shake

Turkey or ham-and-cheese sandwich on white bread with mayo

Roast beef, turkey, and cheese sandwich with mayo on multigrain bread, with a side of chips and a few cans of soda

Spaghetti pie made with a stick of butter, Parmesan cheese, cottage cheese, sausage, and canned tomato sauce, with a Caesar salad

A protein bar, an apple with almond butter, hard-boiled eggs, or vegetables with hummus

WW: What else has changed for you on your journey?

J: And thanks to losing 64 pounds*, I can now learn dances on TikTok that we record with our 7-year-old every night. For the past three weeks, we’ve been doing little dances and posting them on Instagram (Josh: @ww_joshgettinfit; Emily: ww.emilys.healthy.habits)!

WW: How has myWW been for you?