Read about a day in the life of a successful Weight Watchers member. 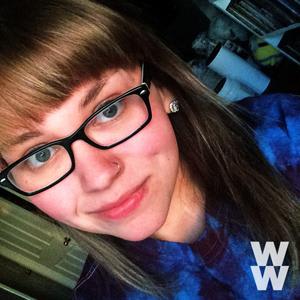 "Non-Scale Victories (NSV) and "glowments" have been very important to me on my journey."

Carly's story
Hi, my name is Carly and I'm 27 years old. I'm from Cambridge, Ontario. I've struggled with my weight my entire life. I joined Weight Watchers for the third time in March of 2014, but after quitting smoking that June I lost and gained the same 10 lbs for few months. Then, one November night I was out with a friend and had a fall which caused me to injure my ankle. Don't worry, I didn't spill my drink! :) I spent the next week in bed, scared and depressed because I was in a cast and found it too difficult to get around with the crutches due to my weight. Thankfully, it was just a minor fracture and the cast came off after a week, but it was the kick I needed to get going and I have been losing ever since! I'm currently down 140 lb and still going! 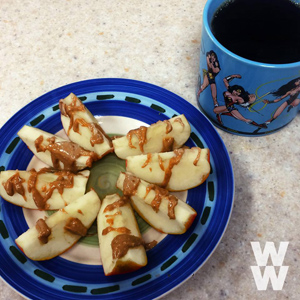 An apple a day...
One thing I find that really helps keep me on track is having smaller meals more often. It helps to keep me feeling satisfied all day long, and prevents me from overeating at dinner time. This is one of my go-to snacks - an apple with 1 Tbsp of natural peanut butter for 3 SmartPoints. 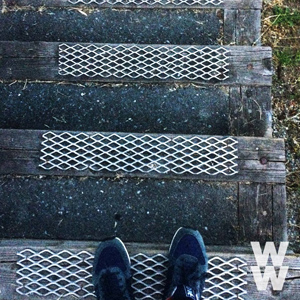 Step by step
I work with a personal trainer which has been helpful in keeping me accountable on my journey. I also work in an office so I always try to find ways to get in activity through during the day. I have a FitBit, and I'm very competitive, so I find the challenges that you can set up amongst your friends to be very helpful! I like to go out for walks on my lunch time to get in my steps - if it's too hot or rainy, I'll drive to the mall and walk around there for half an hour, but I prefer enjoying the beautiful weather! 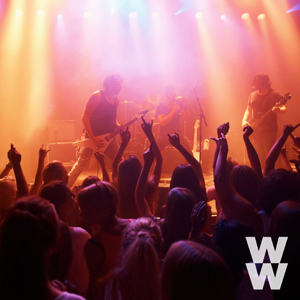 Do the things you love
Sometimes life can get busy and it's really important to me to make time to do things that I enjoy. I love to snuggle up with a good book, go to the movies, and check out live music. This is a shot of my favourite band! :) 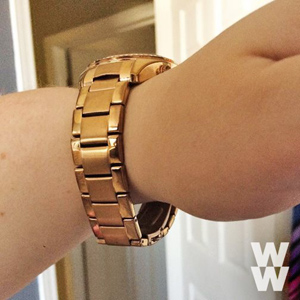 Looking beyond the scale
Non-Scale Victories (NSV) and "glowments" have been very important to me on my journey. My clothes fit looser, I need to take some links out of my watch, I can ride on roller coasters again, and fly on a plane without needing a seatbelt extender.

Not a Weight Watchers member?