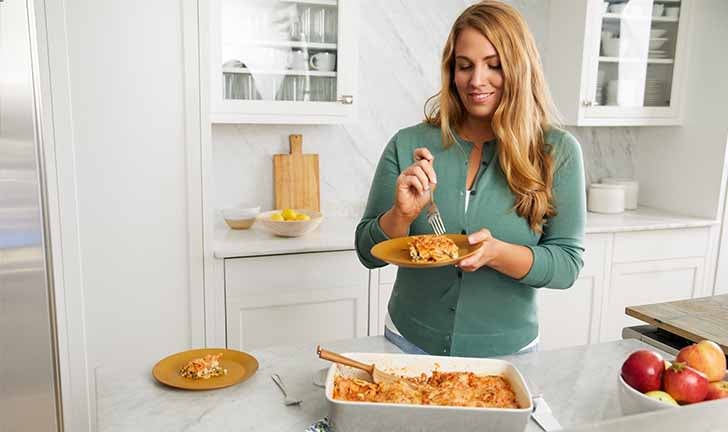 They may sound appealing, but they’re not sustainable
Sarah Munn

You’ve heard about all sorts of diets and quick fixes for weight loss – we all have. But here’s the thing, if you’re looking for sustainable weight loss and good health, they’re not the solution.

“A ‘crash diet’ by definition is something temporary, a phase,” says Julie Mancuso, registered nutritionist and owner of JM Nutrition. “Crash diets are popular because we live in a world of instant gratification teeming with quick fixes for just about everything. As a result, crash diets are often attempted by those who have trouble sacrificing the immediate for long-term gain. They simply want a quick and simple solution to a complicated, multi-faceted problem.”

She adds, “Let’s face it, people are bombarded with seemingly instant remedies from every angle these days. And so they believe that quick fixes are not only possible, but to be expected. Unfortunately, that’s not how things work in real life.”

While you may see a decrease in the number on the scale initially, it won’t last, nor will it improve your health, adds Dr. Lisa Young, PhD, RDN, author of Finally Full, Finally Slim.

The reason being, she says, “Weight lost during crash diets generally comes from water and lean muscle, not from body fat.”

For change to be sustainable over the long term, Mancuso says a solid foundation must be built – “a foundation that includes an educational component, practical strategies to tackle setbacks and avoid pitfalls, and of course, accountability.”

Choosing to try crash diets is also often motivated by vanity, Mancuso says, and while vanity can be a powerful motivator, it’s a superficial one.

“That is, [people] want to look good first and be healthy and nourish the body second,” she says. But, she explains, optimum health is what truly matters. Understanding this can help people see the journey toward achieving health and fitness goals is a gradual, unhurried one.

Another main reason diets don’t work, Mancuso says, is because they often centre on deprivation.

“While going from one extreme to another may work for some, the near shock of removal of certain highly palatable foods, whose consumption is a firmly ingrained habit, is rarely a recipe for long-term success,” she says.

Licensed psychologist Dr. Rebecca Leslie says she discusses crash dieting and food issues with her patients all the time.

“Crash diets lead to weight loss and subsequent weight gain,” she says. “This causes weight cycling, which is harmful for your health.”

“You think about all the foods you cannot have. It is human nature, when we are told not to do something, or we can’t do something, to want to do it more. You can think about the kid who is told, ‘Please don’t open the closet.’ Now, all he or she wants to do is open the closet. Food restriction creates food cravings and increases the drive to overeat. Being told we can’t have x, y and z food after a period of time tends to lead to people rebelling and then eating all of the foods they were not allowed to have.”

“Psychologically, it’s also very difficult to sustain these diets and creates a diet mentality of being either on or off a diet,” Young adds. “A healthier way to lose weight is to create a lifestyle plan and focus on portion control and what you can eat.”

And, deprivation can also take another form, Mancuso says. “When people resort to crash dieting, they often eliminate many foods from daily consumption, including healthy, nutrient-rich ones. Nutrient deprivation can be detrimental to one’s health, manifesting itself in all sorts of unpleasant symptoms and potentially affecting our food choices.”