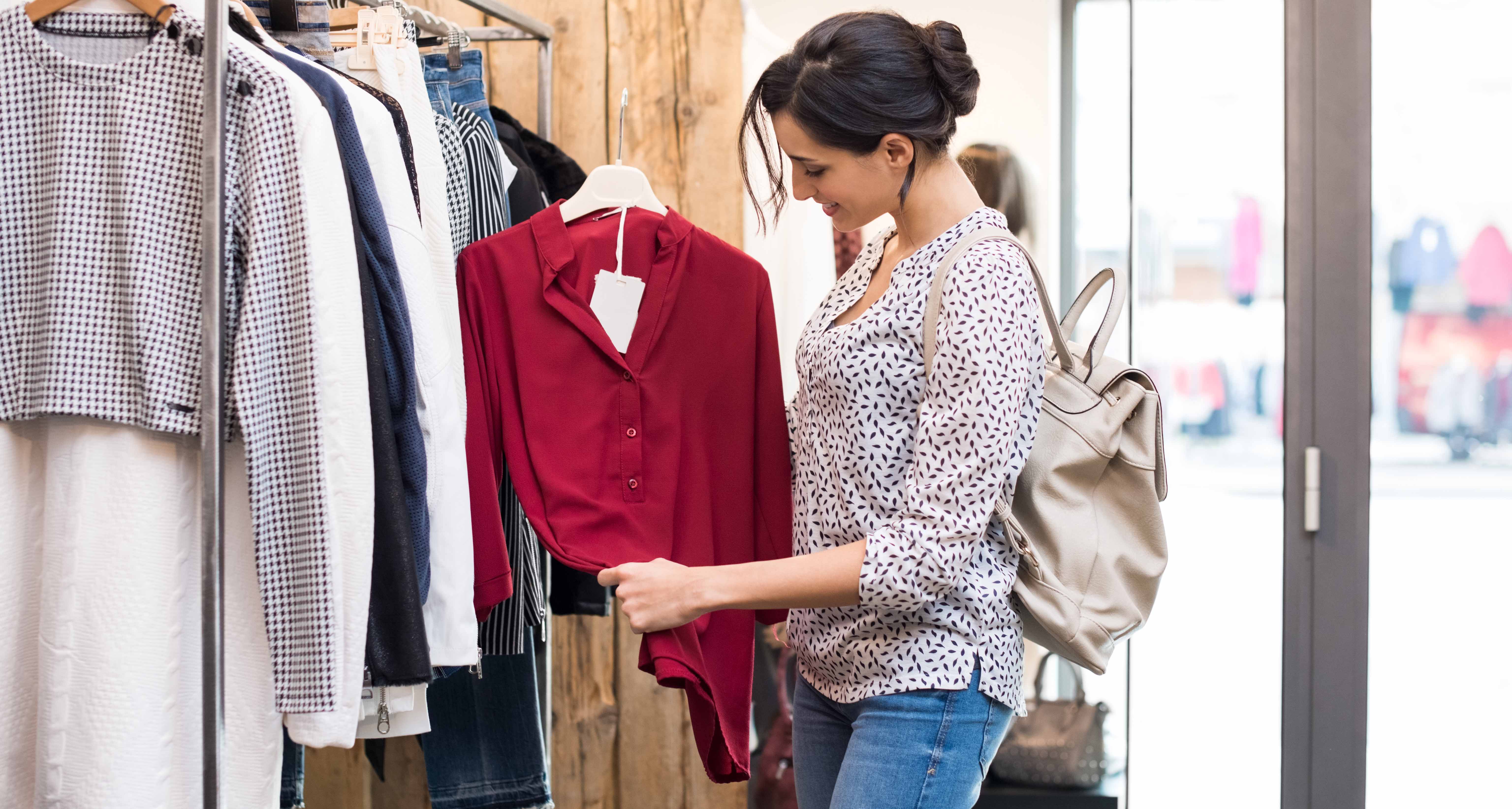 Why Clothing Sizes Mean Nothing

Aiming to be the “perfect” size can only set you up for disappointment—especially when you realize how random store clothing sizes really are.
Carol Lynn Krol

Chances are, when you picture yourself at your ideal weight, you also picture yourself reaching for a specific clothing size in your closet. It can be a useful goal to visualize, but a little retail perspective can help keep you from obsessing over a potentially meaningless number.

The truth is there is no standard sizing convention among women’s clothing manufacturers, says George Simonton, design director of eponymous fashion label George Simonton, and professor at Fashion Institute of Technology. “If you try on an 8 from each designer, you’ll get a different fit on each one,” Simonton says. “They develop their own specs and measurements.” (And by designer, he means every clothing label from Chanel on down to Cherokee.)

As if that weren't confusing enough, says Jo Kallal, professor of fashion and apparel studies at University of Delaware, disparities can exist even within a single brand. “Neiman Marcus’ mail order catalog is more mass market than what they have in stores,” Kallal says. “The latter tends to be traditional sizing, and the former is roomier.”

Design experts agree that fluctuations are based on marketing. Many apparel companies do research on customer demographics and use that information to inform measurements, explains Elaine Perlov, e-commerce marketing manager at young women’s clothing label Dollhouse and principal designer and owner of Immortal Coil. Often the more high-end the designer, the smaller the size. Using size 8 as a baseline, she cites brand examples. “An 8 in Theory is more like a 6. Same for Marc Jacobs. In Dior, an 8 is more of a 4,” she explains. “A Gap size 8 is more like a 10, and Old Navy’s size 8 and Target’s size 8 is really like a 12.”

Kallal explains, “Sizing is used as a marketing tool to attract or retain customers,” adding that certain brands relate to specific shapes and demographics, depending on their target customer.

As the average woman's body has gotten bigger over the decades, vanity sizing, in which measurements run larger than standard, has become more popular. Designers have drifted far afield of the North American standard clothing sizes that were developed in the 1940s and 1950s.

Designer Diane von Furstenberg explains that “over the years, the sizes have changed. What used to be a 12 is maybe an 8 now.” Von Furstenberg says vanity sizing is part of it, but notes the changes are attributed to “a combination of things. People have gotten bigger in the past 30 years,” she says. “It happened gradually. Women are bigger and stronger.” Even designers’ fit models “are much bigger than they were” years ago.

Kallal says the move by companies toward vanity sizes plays entirely on psychology and is aimed at making the cash register ring. “Women like to fit into smaller sizes,” she says. “Single digits sound better than double digits. It tends to make it seem you’ve stayed the same size.”

Simonton explains it this way: “Donna Karan makes every woman believe she is a size 6,” he says. “A lot of women don’t want to be above a size 8, although the average woman is 5’ 4 ½” and wears a size 12 top and a size 14 bottom.”

One of the few places where older sizing is still apparent is in the dress-pattern market. The McCall Pattern Co., which markets Butterick, Vogue, and McCall sewing patterns, shows size 8 measurements as 31 ½” bust, 24” waist and 33 ½” hip. Those measurements on Banana Republic’s Web site are somewhere between a size 00 and 0.

Marilyn Monroe’s dressmaker claimed her measurements were 35”-22”-35” when she posed for Playboy in 1953, according to MarilynMonroe.com. Despite the oft-cited anecdote that she was a size 12, she would really be more like a size 2 or a 4 by US standards.

How to shop happier

In order to overcome sizing insanity, women should find clothing lines that work for their shape. Bettyann Glasser, CSW, psychotherapist, says that for almost every woman, there are typically “three stores out there that can attend to you and will consistently have your sizing.” Trying to fit a Talbot’s body into Bebe clothing can lead to self-sabotage. “Psychologically, it’s so defeating for women who already feel self-conscious about weight,” Glasser says.

Von Furstenberg agrees: “There are so many stores that cater to all body types. You have to find the clothing that fits well and then embrace it.