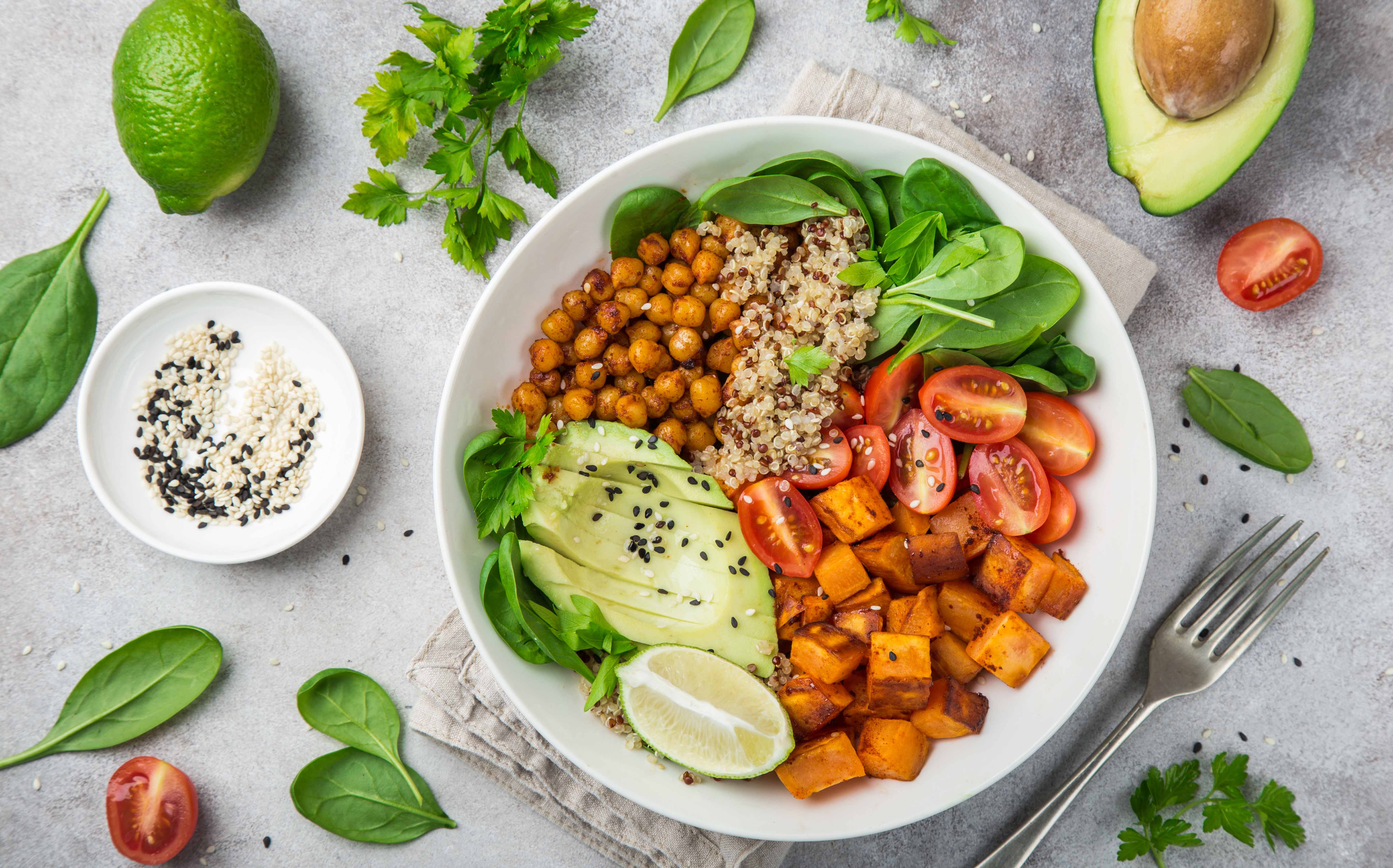 The physiology and psychology of satisfying foods.
Ashley Linkletter

You’ve probably noticed that some foods are more filling than others, even when compared to other foods with identical SmartPoints values. This feeling of fullness, or eating until you’re full, is called satiety. Large portions and eating until the plate is clean are cultural norms that can make recognizing the signs of satiety difficult. Fortunately, with a basic understanding of the mechanisms behind satiety and some practice, it’s possible to become attuned to your body and what it’s trying to tell you.

Satiety is the word used to describe the feeling of fullness we experience after eating. This feeling of fullness restricts the sensation of hunger until you’re ready to eat again. While it’s true that certain foods and macronutrients are better at maintaining long-lasting satiety than others, there is are also other physiological and psychological factors at play. So how do you know if a food causes satiety? By understanding how the satiety index works.

What is the satiety index?

In 1995, the European Journal of Clinical Nutrition published a study that ranked 38 foods, each containing 240 calories, according to how full they made the test subjects feel. Researchers looked at participant’s ratings of fullness or hunger over time, assigning each food a satiety index score by using white bread as a reference point of 100 per cent. As the index shows, many of the foods left people feeling fuller for a longer period of time when compared to the original reference point of white bread (excluding some baked goods and candy.)

How does satiety work?

The feeling of satiety is not caused by a single mechanism. Instead, it’s a combination of several physiological and psychological factors working in tandem. This includes the physical sensation of your stomach expanding as you eat, your expectations of fullness, the sensory component of eating, and the way our hormones and neurotransmitters respond to the food we’re eating. Taking into consideration the complexity of these actions, it isn’t surprising that it can take up to 20 minutes for feelings of fullness to kick in. But satiety isn’t all about choosing the right foods, it’s also influenced by factors independent of the act of eating.

Developing a sense of mindfulness around food, where you focus on the actual experience of eating, is crucial when trying to heighten your sense of satiety. Research has shown that eating in front of a screen—whether a phone, computer or TV—leads to an increase in food intake (meaning, the subjects were too distracted to listen to satiation cues.) There is a growing body of evidence that suggests liquid food such as juice or smoothies are less likely to cause feelings of satiety when compared to the same foods in a solid state. In fact, chewing your food and eating slowly may help you pay closer attention to feelings of satiety (for others, a full stomach is the only way to experience satiety.)  Alcoholic drinks, which are infamous for their ability to take away even the best of eating intentions, actually stimulate hunger despite having higher SmartPoints values.

Foods that are high in fibre or high in protein are the foods that cause the greatest feeling of satiety. This includes many of the filling, nutrient-rich ZeroPointTM foods you love, including skinless chicken and turkey breast, tofu, eggs, fish and shellfish, beans, pulses, fruits, and vegetables. Combining these foods will help to ensure you’ll feel satiated for longer amounts of time. Small amounts of healthy fats, such as nuts and seeds, also contribute to feelings of fullness and can be used to supplement meals and snacks. Finally, drinking plenty of water is always good advice, but in the context of satiety it’s possible that your body can sometimes misinterpret thirst for hunger.