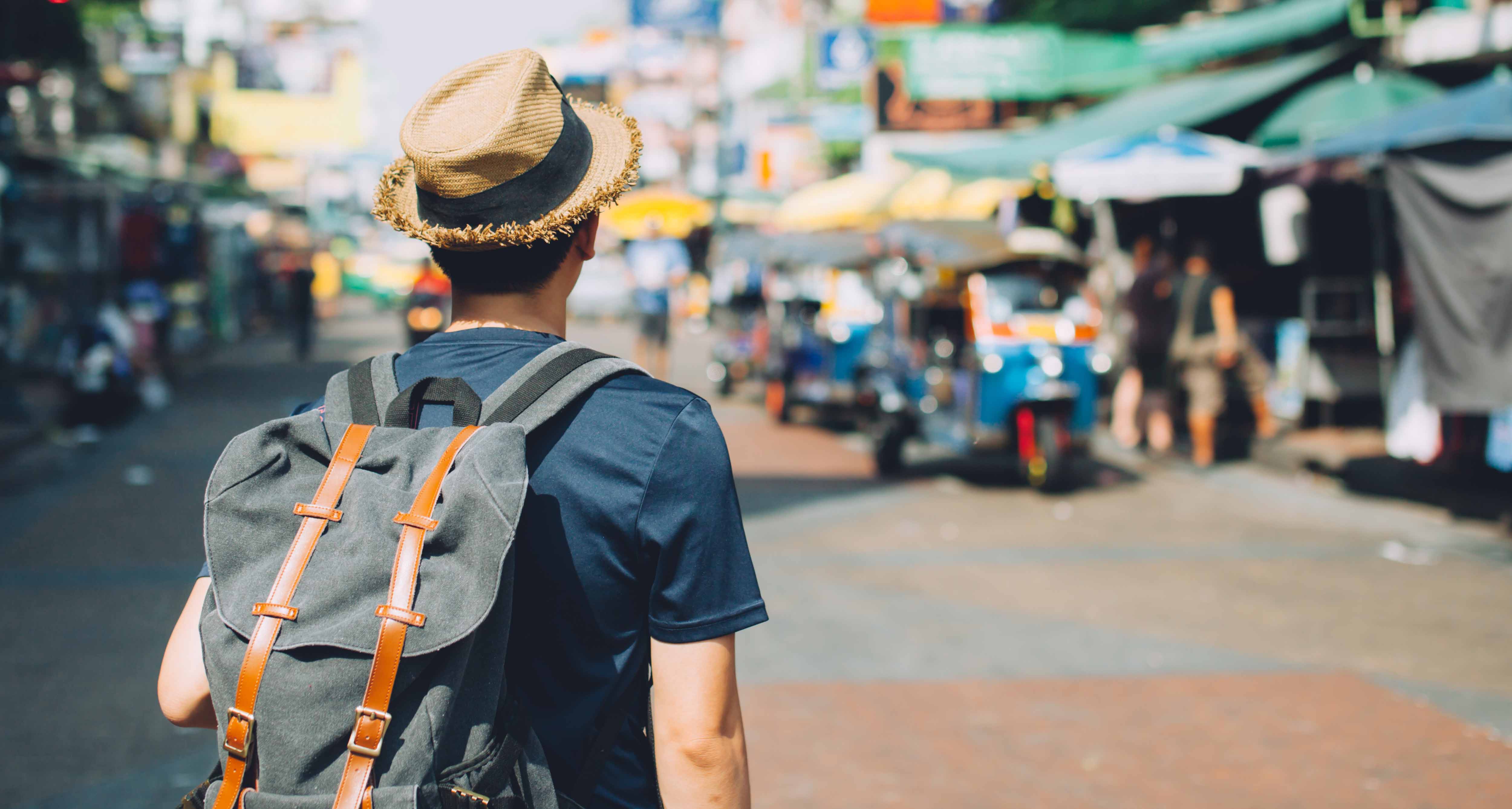 What Happens When You Travel by Yourself

Travelers lend their insight into the personal mindful benefits you can experience by traveling solo.
Vanessa Geneva Ahern

In 1987 I saved my waitressing tips in a jar for two months to afford a solo backpacking trip to Europe because the idea of traveling alone excited me. Or maybe because my French mom had met my Dad while he was traveling by himself in Switzerland.

It turns out that I may have been a trendsetter. According to a 2015 research survey by Skift, a leading travel research agency, the solo travel trend is on the rise across all ages, but especially among millennials and baby boomers. The top reason for traveling solo: the freedom to set one’s own itinerary.

Former attorney turned career coach and author of A Year Without Fear (Penguin 2015) Tama Kieves, a self-described timid traveler was stressed out from her job as a new lawyer, working long hours under florescent lights. After prodding from her friends, she went on her first solo travel trip, flying from Denver to San Francisco, and then driving down the coast along Highway 1. She wanted to get out of her world, and once she did, she started to calm down and recognize a different part of herself. Kieves made the decision to leave her law practice. “I thought, ‘I’m happier than I’ve been in years.’ I had a 50-cent bagel and the ocean is free. I don’t need to make a billion dollars a year,” says Kieves. Decades later her solo travels remain tame but productive, such as when she rents out a cozy house in the country for a month to recharge, unwind, and write.

Bold women’s travel expert Beth Whitman, the author of Wanderlust and Lipstick: The Essential Guide for Women Traveling Solo motorcycled her way from Seattle to Panama, a 7,000 mile trip over nine weeks, on her own. Whitman, who has been traveling for nearly 30 years and leading travel groups to faraway places through her company, WanderTours, relishes the self-reliance she gains on her solo trips.

“That time I had a flat tire in New Mexico and was really at the mercy of the people of this tiny town. The universe comes out and sends the right people to help you out in these situations. When you come home you realize that there are very few things that are insurmountable and that we have strength in ourselves to take care of things,” says Whitman. Whether you are ready to bike across country, or only have time for an overnight trip to a nearby city, these travelers lend their insight into the personal mindful benefits you can experience by traveling solo.

You may revisit that idea you had for a novel or have an epiphany for a new business idea. “Removed from your everyday identity, you can access greater creativity because you are removed from your circumstances, and you are just more present,” says Kieves.

3. You’ll get a crash course on trusting your instinct

During your real life you may be too busy keeping up with your daily routine to slow down and tap into your inner voice. “Because I’m faced with fear and uncertainty in the moment when I’m traveling, I really learn to listen to my inner voice and my instincts. That inner voice is always with me, and there are magical things, and synchronicity that happens everywhere. The best part of it is that instinct is always working,” says Kieves.

For Kieves, learning to trust herself was initially difficult because when she is alone and  struggling with something, she tends to panic. “But when I’m alone, I can figure things out,” she says. “All of a sudden when you are home, you see things with new eyes. I start seeing everything with new eyes.”