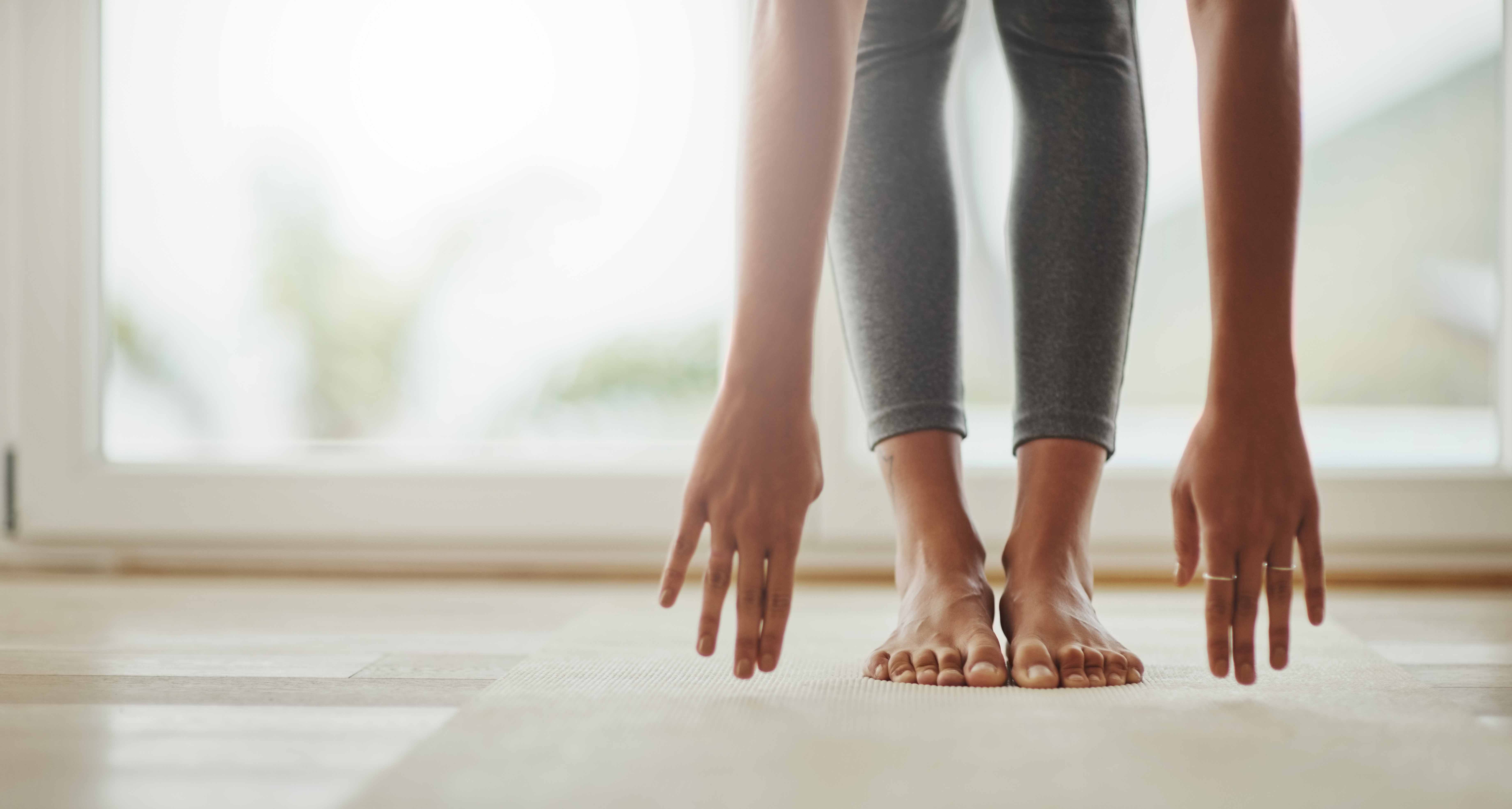 What Happened When I Stretched Every Day for a Month

One writer shares how stretching 10 minutes a day affected her body and mind.
Carey Rossi

Over the previous months, I felt stiff—which was weird since flexibility has never been an issue for me. Whether I’m dancing, playing sports, or participating in the various forms of the fitness revolution, I have always been able to touch my toes and then some.

Now in midlife, reaching my toes isn’t as effortless. Forget jumping out of bed—it’s more like a slow rise. My body just doesn’t want to bend. Am I really the only one this is happening to?

I reached out to a couple of exercise physiologists I know, and they told me that there isn’t necessarily any one specific reason for the decrease in flexibility as we age. A major reason is a decline in physical activity—something that doesn’t apply to me.

However, Michele Olson, PhD, an adjunct professor of sport science at Huntingdon College in Montgomery, AL, tells me via email: “The collagenous fibres that make up the elastic tendons (that are what we are stretching, primarily when we stretch) don't regenerate as efficiently and in lesser amount as we age. So, we are stretching older tendinous fibres which are stiffer, less pliable, and less hydrated compared to newer tendinous fibres.”

In addition, she tells me that stretching can increase blood and fluid supply or circulation to the tendons, which carries important nutrients and fluids to all of our fibres, including our tendons and muscles. This could explain why the experts I reached out to have seen older people increase their flexibility by doing stretching exercises every day.

So, after a few hip injuries, and having the doctor tell me to stretch, I decided to take on the challenge of stretching every day for 30 days. To start, my goal was to stretch when and where I could for at least 10 minutes. As for what stretches I would do, I decided to let my body decide for me. Meaning, if my hips were tight, I would find ways to stretch my hips. Aching back? I would do cat-cow and twists for my 10 minutes.

During my first week, this loosey-goosey approach to stretching made it difficult to establish a habit. On days that I took dance class, I counted my stretching during and after class. Mornings that I opted for walking as a workout were followed up by a stretch session. It was the days when there were no activities screaming for an afterward stretch that were more difficult. In fact, one night I was already in bed and drifting off to sleep when I realized that I hadn’t stretched that day. I did a quick session in my bed and vowed to set better guidelines the next day.

My approach to the second week was still flexible (pun intended), but had a bit more structure. This time I decided to use the 10 minutes after I put my son to sleep as my stretching time, no matter whether I had stretched earlier in the day. I also decided that my entire body would get attention—neck to feet, but I would also spend additional time on areas that were nagging me. As for the stretches I would do, I still allowed that to be left up to chance tapping into an inventory of moves learned from PE, dance, fitness, and yoga classes, as well as fitness videos (one of my favourite series of stretches come from the Buns of Steel video collection).

It wasn’t until I made these changes that I started to notice a difference. At first, I didn’t really notice any shift in how my body was feeling or behaving even though the journey to my toes was easier and less effortful than when I started. What’s more: during the third week, I came down with a strange malady that prevented me from exerting myself. This meant no dance classes, no walking for fitness, and no 10,000 steps a day. And even as I write this, it is still rendering me pretty sedentary. The one thing I could and can do is stretch.

At that point, my 10-minute stretch sessions took on new meaning because they were the only opportunity I had to move my body in a deliberate way—the only times that I could feel I was satisfying my desire to move more. The post-stretch muscle tingle is nearly as good as the post-workout muscle fatigue, when the body feels as pliable as a rubber band. It’s this last point that has meant so much to me in the last weeks.

In addition, this simple 10-minute daily appointment allowed me to relax at night. Sometimes my husband joined me and we stretched together; sometimes I watched television; and sometimes if the house was quiet I basked in the silence and just focused on how I felt as I moved from body part to body part.

Before this experiment, stretching had always been an afterthought for me. Unless I was taking a class, my dedication to stretching wavered and was inconsistent. Taking these last 30 days to focus on stretching made me realize that this simple movement can provide benefits not just to my body, but also to my mind—mostly because this challenge made me carve out time for me, to do something for me. Something I think I will continue to do—at least three times a week, as recommended by the American College of Sports Medicine.