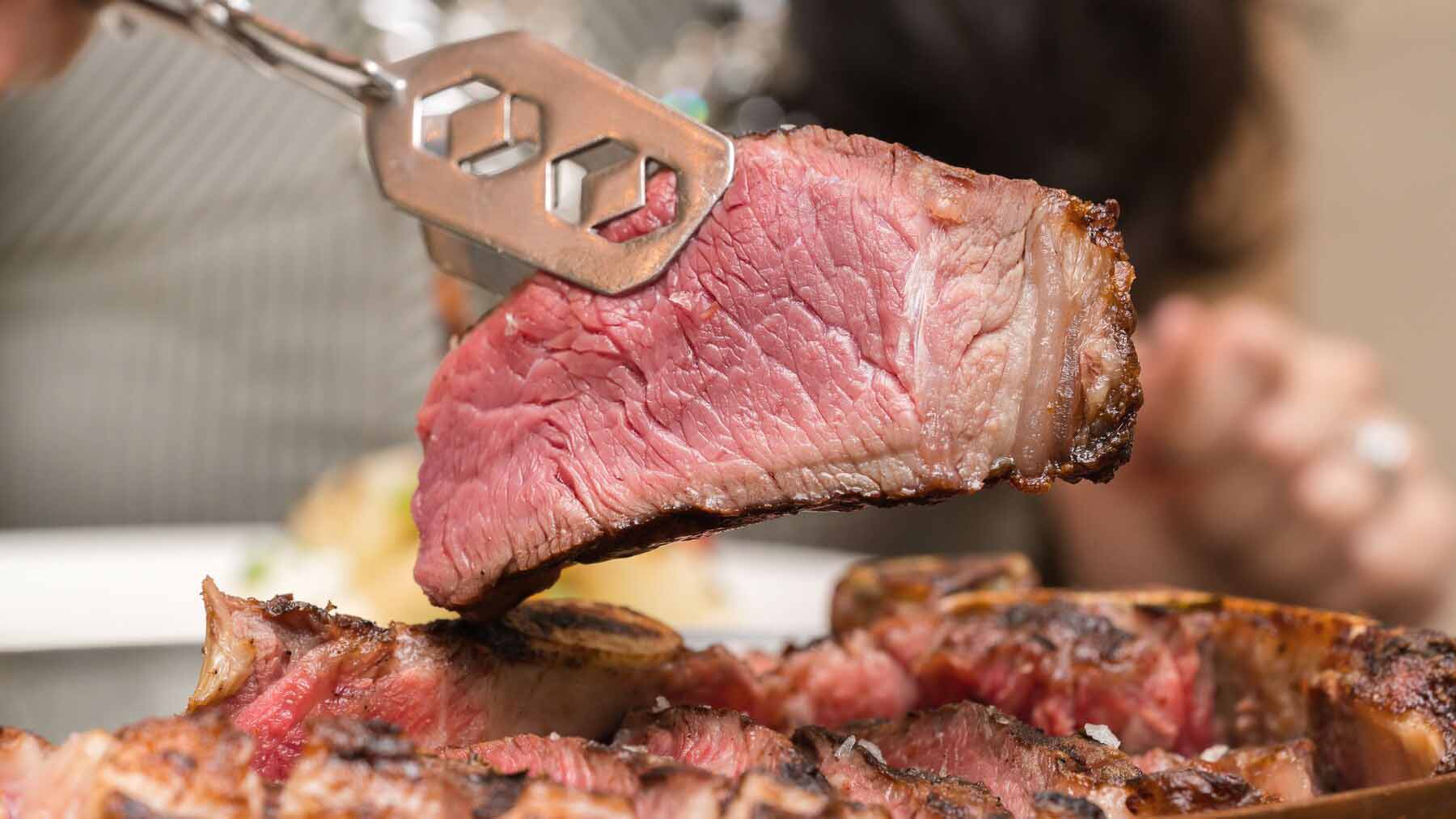 Behind the headlines of this controversial eating plan.
Ashley Linkletter

The carnivore diet is an example of a low carbohydrate diet taken to the extreme. The diet’s catchphrase, “Eat meat. Drink water.” might be simple, but it succinctly describes the entire premise of the eating plan. Let’s take a closer look at the carnivore diet, where meat is literally the only thing on the menu.

How does the carnivore diet work?

The carnivore diet follows the same principles of the ketogenic diet; both severely restrict the consumption of carbohydrates.. Unlike a traditional ketogenic diet, which allows for between 5 and 10 per cent of total daily caloric intake to come from carbohydrates and 70-80 per cent to come from fat, followers of the carnivore diet are urged to keep their net carbohydrate intake as close to zero as possible. The end goal of a low carbohydrate-high fat diet is for the body to enter a state of ketosis, a metabolic state where the liver makes ketone bodies. Ketosis usually occurs when carbohydrate consumption is tapered down to less 10 per cent of your calories consumed per day and the primary macronutrient consumed is fat. Ketones can be used by different cells in the body as energy. When carbohydrates are withheld the body switches to burning fat and ketones for energy — instead of carbohydrates — theoretically leading to faster weight loss, but as this explainer article outlines, most of this weight loss is water weight, and is typically quickly regained once carbohydrates are reintroduced.

Where did the carnivore diet originate?

In 2018 former-orthopedic surgeon Shawn Baker published a book called “The Carnivore Diet,” in which he claimed to have discovered a revolutionary approach to weight loss. Baker, or the “Carnivore King” as he’s known to his fans on social media, had his medical license revoked in 2017. For devout followers of the carnivore diet, much of its appeal lies in the repetitive nature of the meal prep. Food can only be seasoned using salt and pepper, even the use of marinades and sauces is forbidden.

What can you eat if you’re following the carnivore diet?

True to its name, the carnivore diet consists almost entirely of meat. Fattier meat choices, such as pork, beef and lamb are particularly encouraged as efficient sources of energy and offal (organ meats), bone marrow, fish, bone broth, poultry and lard should make up the remainder of your diet. Eggs, butter, low-lactose cheese, and heavy cream are permitted in small amounts.

What you can’t eat on the carnivore diet

The carnivore diet has an extensive list of “don’ts,” including fruit, vegetables, grains, pasta, legumes, alcohol, sugar, nuts, and seeds. While it’s true that red meat is an excellent source of heme iron (the kind that’s more easily absorbed), vitamin B12, zinc, and protein, an all-meat diet is sorely lacking in other essential nutrients the body needs to stay healthy.

Because the carnivore diet was first introduced in 2018 there are currently no studies proving or disproving health claims made by Barker. Many of the so-called benefits of the diet are based on research that has been conducted on the ketogenic diet, especially in terms of its effect on seizure treatment in children, Type 2 diabetes and inflammation. At best, the efficacy of the carnivore diet remains controversial among dietitians and healthcare professionals.

Is the carnivore diet sustainable?

Following the carnivore diet long term would be difficult for a number of reasons. According to the 2019 Canada’s Food Guide protein, including meat, poultry and fish, is meant to be eaten in small amounts. A diet based entirely on animal protein is likely to be deficient in vitamin C, E, K2, calcium, and both soluble and insoluble fibre (of which there is none in animal-based proteins.) The verdict has become unclear on the effect saturated fat has on cardiovascular disease, but the science still stands in terms of its ability to increase LDL cholesterol levels.