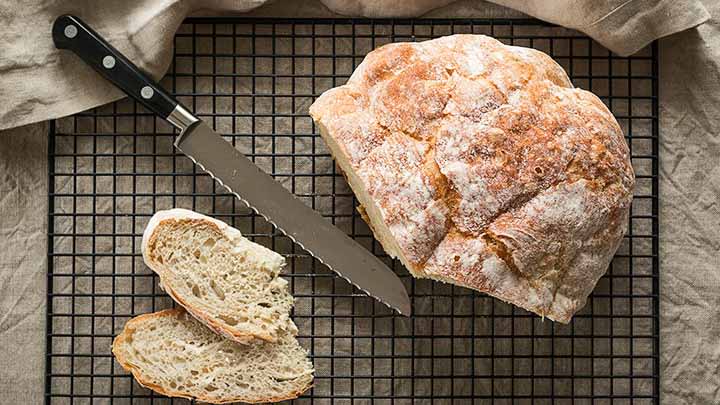 Confused about carbs? Here's everything you need to know about carbohydrates.
Karen Ansel, MS, RDN

Carbs may be the world’s most confounding macronutrient. On the one hand, most health experts say carbohydrates help form the foundation of a healthy diet. On the other hand, some proponents of low-carb diets suggest we’d be slimmer, stronger, more focused, and more energized if we just quit eating stuff like crackers and cake.

In reality, no carb-containing food is inherently good or bad. Carbohydrates come in many forms, with various implications for health. Once you have a little know-how on the science of carbohydrates—starting with what they are!—you’ll be empowered to make informed food choices that support your wellness goals. Not to worry: There's no pressure to swear off spaghetti here!

Carbs are essentially sugar molecules—groupings of carbon, hydrogen, and oxygen—that occur either alone or linked together in different combinations. Most of the carbs we eat are digested and broken down into glucose to provide energy for our muscles and brain; in fact, carbohydrates are the body’s preferred source of fuel, says Silvia Klinger, MS, RDN, a nutritionist based in Hinsdale, Illinois. Some carb types support digestion, gut health, and other functions. Taken together, carbohydrates are classified as macronutrients, meaning the body needs relatively high amounts in the diet for energy.

Some of us hear the word “carbs” and immediately think “bread.” In fact, the world of carbs is diverse, Klinger says. Carbohydrates fall into one of three main groups, with many foods containing more than one type of carbohydrate.

Not enough categories for ya? Nutrition experts further classify carbs as simple or complex depending on the number of sugar molecules the carbs contain. Sugars fall into the simple category because they’re made up of just one or two molecules. Starches and fibers, meanwhile, comprise at least three sugar molecules and are therefore classified as complex carbs. Here’s a little more about what that means for the body at mealtimes.

The presence of fiber in a food can slow the release of simple sugars to result in a more sustained energy release and greater satiety, Hermann notes. That’s one reason she recommends fiber-rich whole foods such as apples over sweetened fare like cookies, which tend to lack fiber. “Unlike fruit, processed foods with added sugar really aren’t that filling,” Hermann says. “Some people find that [foods with added sugar] can lead to overeating.”

Dietary fiber, meanwhile, works a little differently from starches and sugars. Our bodies lack the enzymes needed to divvy up fiber chains into simple sugars, Mitchell explains. As a result, fiber passes through the gut without yielding glucose energy. Fiber supports health in other ways depending on its form. Soluble fiber, found in foods like oat bran and beans, combines with water and forms a gel for a stabilizing effect on blood sugar, for example. Insoluble fiber, found in foods like whole grains and veggies, helps move contents through the digestive tract.

After you eat a carb-containing meal or snack, it travels to the small intestine for digestion and absorption into the bloodstream. Any complex carbs are broken down into single units of glucose, which then enter the bloodstream. Once glucose makes its way into cells, it’s synthesized into a molecule called ATP (adenosine triphosphate), a cell’s main carrier of chemical energy. Although cells can also make ATP from the building blocks of protein- and fat-based foods, glucose from carbs is the body’s preferred and most widely used source.

Glucose can’t do its job without a major assist from insulin. In healthy people, the pancreas secretes this hormone in response to rising blood levels of glucose after a carb-containing meal or snack. Insulin then “unlocks” the body’s cells so glucose can enter. In some people, however, the body’s cells don’t respond well to insulin, a condition known as insulin resistance. This can lead to chronically high blood sugar—and health impacts such as prediabetes and type 2 diabetes. You can learn more about prediabetes and insulin resistance in WW’s comprehensive guide. Many people are able to improve their insulin response with lifestyle measures.

It’s not glamorous, but fiber is probably most famous for preventing constipation. In taking on water, the soluble type helps form soft, bulky stools. Insoluble fiber adds further bulk and, with a broom-like effect, keeps waste material moving along.

That’s not all fiber does during the digestive process. When some types of fiber (such as pectin) reach the colon, they help feed the resident population of beneficial bacteria—aka probiotics—through a process of fermentation. As those bacteria feast on the fiber, some produce short-chain fatty acids believed to play a role in immunity, inflammation control, and more. Other gut bacteria may use their fiber fill-up to influence hormones that regulate appetite.

Many adults in the U.S. fall short of getting the recommended 22g to 38g of fiber per day, depending on age and sex. You can boost your fiber intake by eating whole grains and whole-grain foods, as well as legumes, fruits, vegetables, nuts, and seeds.

Hermann agrees. For weight management, she recommends choosing foods that contain complex carbs because they tend to be digested and absorbed more slowly than foods that contain little fiber or just simple sugars (white bread and sweets being classic examples). “Much of the time, simple carbs provide a lot of calories but not a lot of nutrition,” Hermann says.

Despite accounting for just 2% of body weight, the brain uses about 20% of the body’s glucose, making it a major consumer. That energy goes toward maintaining neurons, generating neurotransmitters, and performing multitude of, well, brainy tasks. The brain’s reliance on glucose likely explains why lower-than-normal blood levels of glucose, a condition known as hypoglycemia, can make people feel confused, tired, or irritable. (Hypoglycemia warrants prompt medical attention; contact your doctor if you experience symptoms.)

It’s no surprise that sugar is a big reason cookies, cakes, candy, ice cream, and chocolate are so delicious. But you might be taken aback to learn that food manufacturers commonly add sweeteners to savory items, too, including crackers, non-dairy milk, marinades, and jerky.

Though some added sugars, such as maple syrup and honey, contain trace amounts of minerals and nutrients, most don’t offer much beyond their main job of making food taste sweeter, Mitchell says.

As of 2020, food manufacturers are required to list grams of added sugar and the percentage of Daily Value (DV) on their products’ Nutrition Facts labels. Percentages are based on a recommended daily limit of 50g of added sugar per day for a 2,000-calorie diet. (Sugars that occur naturally in food don’t count.) Foods that contain 5% DV or less are considered low in added sugar, according to guidelines set by the U.S. Food and Drug Administration. Foods that contain 20% DV or more are considered high in added sugar.

From keto to paleo, low-carb diets are having a moment. Low-carb diets often result in short-term weight loss but are tough to maintain because they’re so restrictive, Hermann says. If dieters return to their former eating habits, any weight that was lost tends to come back, she notes.

Some proponents of low-carb diets believe that limiting carbs accelerates weight loss by setting off metabolic changes that optimize fat burn and keep appetite in check. While research suggests that medically supervised carb restriction might be helpful to some people living with certain health conditions, there’s little scientific evidence that low-carb diets impart special weight-loss powers. A 2019 research review concluded that low-carb diets are no more effective than other dietary approaches to weight loss, building on previous research—like this small study of adults in 2009—that uncovered no low-carb weight-loss advantage beyond the first few months. Other studies have raised questions about the long-term safety of strictly limiting carbs.

Diets that limit carbs generally require an increase in fat and protein intake. Just like with carbs, however, all fats are not created equal. For example, bacon contains zero carbs but is high in saturated fat, which is linked to coronary heart disease. On the other hand, unsaturated fats found in nuts, seeds, and vegetable oils are considered heart-protective.

The latest Dietary Guidelines for Americans recommend that carbs compose between 45% and 65% of total calories. The optimal proportion of carbs for you depends on your lifestyle and personal health picture, Mitchell says. For example, if you are living with type 2 diabetes, your optimal carb intake might be on the lower end of that bracket to help keep blood glucose level within a healthy range, she explains. Lifestyle factors such as physical activity can increase the need for carbs. Your doctor can advise you on the carb intake that makes sense for you.

Given that they are the preferred energy source for the muscles and brain and support other important functions, carbohydrates are key in a healthy pattern of eating, a large body of research has determined. Carbs come in several forms and are abundant in many foods. (Not just bread!)

Despite the popularity of low-carb diets, there’s scant evidence to suggest that people have more long-term weight-loss success when they severely cut back on this macronutrient group. In fact, whole foods that contain carbohydrates often promote satiety while being relatively low in calories. “Carbs can and should be part of a diet for weight management,” Hermann says.

A healthy approach to eating—whether or not you’re looking to lose weight—is sustainable in the long term, includes a variety of whole foods, and allows for personal choice in what to eat. With carbohydrates, nutritious options abound.