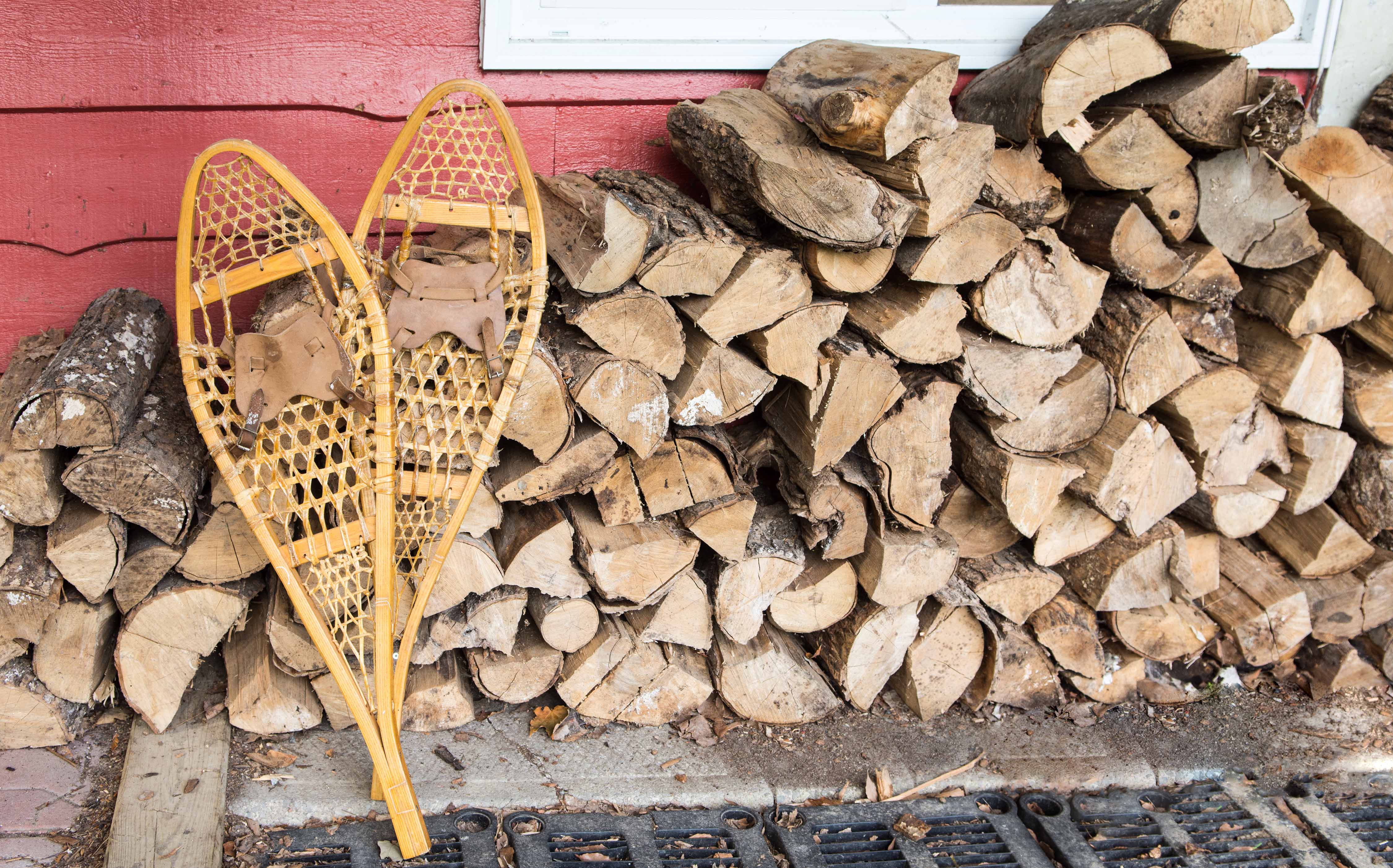 A guide for getting started.
Sarah Munn

Snowshoeing is an ancient practice that has evolved from a necessary transportation and survival tool to something we can also do for fun and fitness.

According to the Ontario Heritage Trust, snowshoes were first used between 10,000 and 16,000 years ago. It is thought that they arrived in Canada around 10,000 years ago when ancient peoples migrated over the Bering Strait from eastern Siberia. In 1608, Samuel de Champlain provided the first written settler’s account of First Nations using snowshoes.

According to information from the website for the Algonquin-Anishinabeg Nation Tribal Council, each First Nation has its own historical method for making snowshoes, depending on the type of terrain people typically travelled in the area. The traditional Algonquin snowshoe, for example, is elongated and curled up at the front.

So where do you start if you want to try this ancient winter activity? We asked a couple people who’ve been doing it a long time for their advice.

“Snowshoeing has started [to] gain popularity as a way to get back to our natural world,” says Paul Lapierre, a mountain heritage guide at the Fairmont Chateau Lake Louise in Alberta.

“It is low impact, also very cost effective (no lift ticket required, no crowds), and something that grandchildren and grandparents can enjoy together,” he adds.

“I tell guests that if you can walk, you can snowshoe – you just have to bend your knees,” Lapierre says.

What do you need to know?

“It can be as easy or as hard as you want it to be,” says Dwayne Sandall, a running coach with Trail Run Manitoba who started snowshoeing about 12 years ago when he wanted some more variety in his winter activities.

“Expect to sweat more than you would walking,” Sandall says, explaining that walking in snowshoes is a heavier experience than regular walking, requiring you to lift your legs more, especially if there is a lot of backflow from loose snow.

As with any outdoor winter activity, Sandall says it’s important to dress in layers and “be able to adjust on the fly.” Be mindful of the temperature and wind, which factor in to how warmly you’ll need to dress and have a layer of clothing you can easily open up or remove if you need to vent some heat. Make sure your feet are comfortable, warm and dry – Sandall notes it’s crucial to keep the snow out of your socks.

Where, and when, can you do it?

A week after a fresh snowfall is a good time to go out snowshoeing, as you should only sink a couple of inches. Before that, Lapierre says, the fresh snow may contain too much air and need time to settle.

As for locations, Sandall suggests provincial parks, which often have groomed trails, and golf courses, which may open up in the winter for activities like snowshoeing.


Lapierre recommends picking a spot that will lead you to some untracked powder. “There is something so satisfying about leaving your own tracks in fresh snow.”

“Some of my favourite areas to go are along the edges of lakes for the view,” he adds.

What stuff do you need?

Sandall says Mountain Equipment Co-op is a great place to start when looking to purchase snowshoes, as the company’s equipment rental program can give you a chance to try them without a big commitment. Ski and bike shops are also places you can pick up snowshoes, and even Canadian Tire and Costco carry inexpensive options.

Adjustable poles with large baskets can help you keep your balance as you adjust to wearing your snowshoes, especially shoes on the larger side, says Lapierre, who also likes to make his own snowshoes. “They will also help you get back up in deep powder when you find your arms are too short.”

Sandall says having poles also gives you “an extra way to poke and test,” especially if you are in an area where you don’t know what’s under the snow.

He also recommends taking along a small backpack and an insulated water bottle, especially if you’re going out for more than an hour.

Lapierre suggests bringing a field guide with you to help identify some of the animal tracks you may come across.

When it comes to the snowshoes themselves, Sandall says traditional wooden ones can be hard to find retail. Modern snowshoes are typically made of canvas and an aluminum or titanium frame. An average size is nine inches wide by 32 inches long, but they do come in varying sizes. Sandall for example, uses an 8x25 pair for running (yes, you can run in snowshoes), and an 8x30 or so pair for trekking. The bigger the snowshoe, the more “float” you will have, or the less you will sink in powdery snow. However, bigger shoes also weigh more, so you’ll have to test out what’s comfortable for you.

One of the biggest mistakes beginners make, Lapierre says, is starting with snowshoes that are too small. “It is all about weight distribution on top of the snow pack. Think of a snowshoe hare: Small body mass and big feet [allow] it to stay on top of the snow.”

Sandall also recommends making sure the binding on the shoes is comfortable for you – most snowshoes have a toe cap and a strap behind the heel. Avoid shoes that are gimmicky, he says, and go for simple, solid buckles – that’s all you need.

But the most important tip Sandall can offer when you’re shopping for snowshoes is to bring a pair of gloves to the store.

“Put gloves on and try to adjust [the snowshoes],” he says. “It might seem ridiculous,” but the last thing you want to be doing is fiddling with your snowshoes in the cold with your bare hands.


Once you get out there, Lapierre advises going at a pace you are comfortable with. And don’t worry if you stumble – he says falling and making snow angels are part of the fun.

“It’s one of the most accessible winter activities,” Sandall adds, rather than just being outside or tobogganing. There’s no hard technique to learn like other winter activities such as skiing. “It’s fairly simple and straightforward,” he says. “It’s walking.”