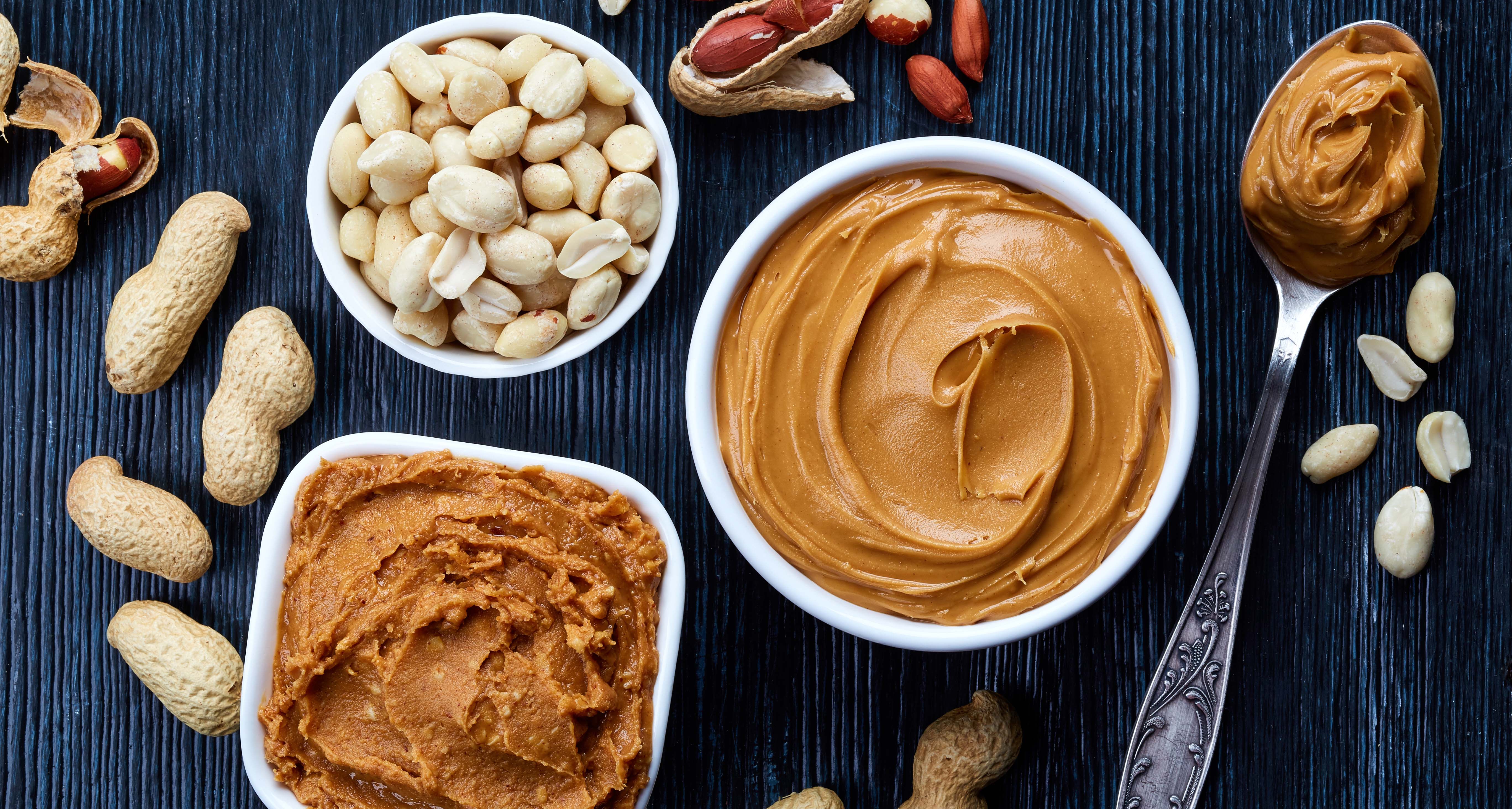 The peanut butter and jelly sandwich has been a staple of brown bagged lunches for decades — but thanks to rising rates of potentially deadly allergies, peanuts are being banned from many schools. But that doesn't mean you have to ditch your nut butter habit: Nut butters in general are packed with heart-healthy nutrients and they’re often a good source of protein (not to mention their portability), so it’s worth exploring all your options.

These days, most supermarkets stock more than just peanut butter — you’ll likely find soy, almond, and cashew butters on the same shelf. In terms of SmartPoints® values, they’re virtually interchangeable. The key differences are in flavour. And if you drill a little further down into their nutritional makeup, there are definite distinctions.

Peanut butter — beyond creamy and chunky

If allergy risks don’t demand that you avoid it, peanut butter is hard to beat: It’s available everywhere, in dozens of varieties — you can choose from natural, reduced fat, and organic with flavourings like cinnamon and chili powder and nutritional boosts such as flaxseed, powdered egg whites, Omega 3s, and Omega 6s. As always, we recommend reading labels before buying; additions sometimes mean extra calories.

Think plain and simple. Natural peanut butter (the kind with a puddle of oil floating on top) usually contains just two ingredients: peanuts and salt. Store it upside-down in your cabinet and you’ll find it easier to stir when you open the jar — and once it’s opened, keep it in the fridge to prevent re-separation.

Yes, it does have less fat, but it also has a similar number of calories per serving as its regular cousin because of added sugar — so if your goal is to reduce overall caloric intake, skip it.

Nutritionally, organic is comparable to conventional peanut butter with the exception of sodium if there's no salt added, but there are other factors to consider. Peanuts are prone to a fungus that produces a carcinogen called aflatoxin, which continues to multiply even in the jar. The fungicide-free peanuts in organic peanut butter may have higher levels of aflatoxin than conventional, especially if the jar’s been on the shelf for a while, but organic farmers claim that their farming methods naturally reduce the amount of fungus to begin with. In other words: The jury’s still out. If you do buy organic, make sure you’re buying from a store with a high turnover and refrigerate it immediately — cold retards aflatoxin’s growth. A recent study found the highest levels of aflatoxin in freshly ground peanut butter from health food stores, so buy jarred to be safe.

If the idea of munching a handful of cashews makes you smile, you’re going to love cashew butter. This spread, which tastes exactly like its main ingredient, is also an abundantly heart-healthy option. Its fat content is largely made up of oleic acid, which has been found to promote cardiovascular health — it’s the same monounsaturated fat found in olive oil.

Those looking to satisfy the kids’ PB hankerings (or their own) should check out soy nut butter, which technically isn’t a nut butter at all: It’s a spread made from roasted soybeans. Since it’s the closest to peanut butter in terms of flavour, it’s the preferred option at most schools that have banned peanuts. Nutritionally, it’s lower in overall fat than most other nut butters, plus it offers a respectable amount of fibre and plenty of protein per serving.

Most health-food stores stock an even greater assortment than supermarkets. You might find spreads made from sunflower seeds, pecans, macadamias, pumpkin seeds, and then some. Read the labels, calculate the SmartPoints values, and don’t be afraid to experiment. Maybe you’ll find that you prefer an SB&J!