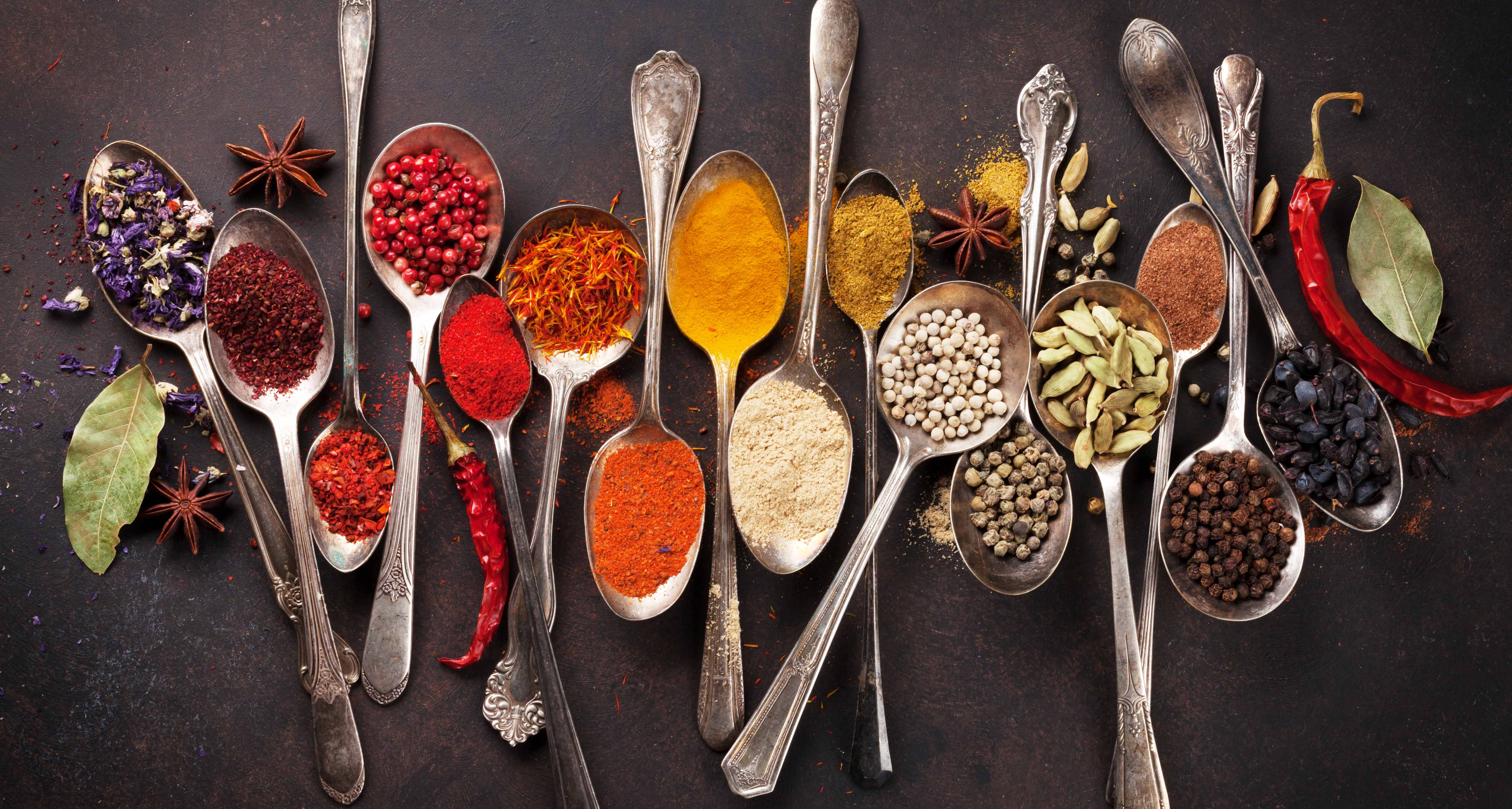 Interested in cooking Indian food at home? You’ll be surprised at how easy it is to make your own authentic-tasting Indian cuisine at home when you have a well-stocked spice cupboard.

In order to preserve the potency of spices, it’s important to store spices away from heat sources and sunlight (either direct or indirect). Small jars are a great way to store spices, use a strip of masking tape to write down the content of the jar and to mark the date of when the spices were purchased in order to prevent stale and disappointing flavours.

Many Indian spices can be purchased whole and then toasted in oil before being ground up using a spice grinder or a mortar and pestle. Use a neutral oil such as grapeseed or vegetable oil and heat the spices over medium-high heat until fragrant. Reserve the oil used for toasting the spices and add it to your recipe at the very end for a concentrated burst of flavour.

Cumin is an intensely earthy-tasting spice most commonly found as a whole seed or dried powder. For best results, toast cumin seeds in hot oil until fragrant. Cumin is used in a wide variety of curries and vegetarian dishes in Indian cooking. Cumin is thought to have a cooling effect on the body and it is used as an ingredient in Jeera water, a cumin-based drink often served with honey.

Coriander has a mildly astringent flavour with notes of citrus and herbs and can be purchased as a powder or as whole seeds which are then ground. Whole coriander seeds should be toasted in hot oil and then ground and used in chutneys, yogourt-based salads, and pickles. Powdered coriander can be seamlessly folded into cakes and breads.

Mustard seeds pack a powerful mustard-flavoured punch and are commonly used in a wide variety of traditional Indian dishes. Mustard seeds are yellow, dark brown or black and should be bought whole whenever possible. Toast whole mustard seeds in hot oil and use whole or ground up in curries, potato and pea dishes, as well as cauliflower-based recipes.

With its gentle but persistent heat, fresh ginger is added to many Indian recipes to provide flavour without adding sodium or sugar. When buying fresh ginger look for unblemished and firm skin, it should feel heavy for its size. Use fresh ginger in chutneys, pickles, marinades, and lentil soups.

An important ingredient in chai, cardamom pods have a faintly sweet citrusy taste that adds depth of flavour to many Indian food recipes. Green cardamom pods are the most widely available version, although black and cream-coloured pods can be found in specialty spice shops. Cardamom pods contain small seeds which can be used whole, ground or simply bruised to impart their unique flavour. Use cardamom in rice dishes, curries, sweets, chai, and in marinades for meat and poultry.

Ground turmeric is used extensively in Indian cooking and is a main component of many curry and garam masala spice blends. With its earthy taste and mild bitter flavour, turmeric is known for its healing and anti-inflammatory properties, turmeric adds a bright vivid yellow colour to any food to which it’s been added. Turmeric root, which is in the same family of rhizomes as ginger, is also used whole in recipes such as golden milk (also known as turmeric tea).