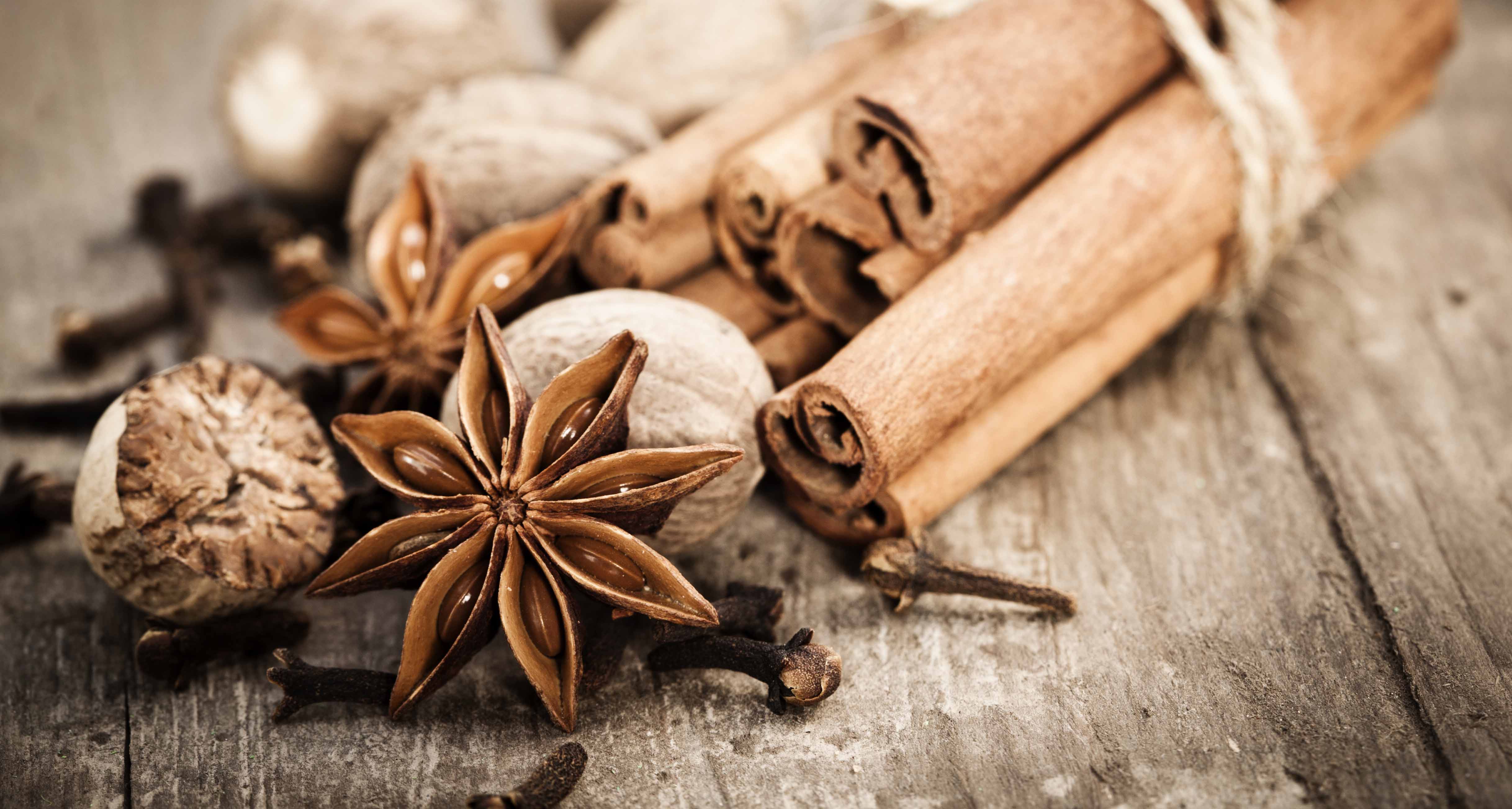 A Pinch of Autumn

As that familiar chill settles into the air and the leaves start to change, we gravitate toward warming spices and flavours like these five fall spices. Here, we give you the low down on some of autumn's most popular spices.

What says fall more than cinnamon? It’s synonymous with pumpkin and apple pie, and warm, cozy drinks. There are two types of cinnamon, one known as “true” cinnamon (Ceylon cinnamon) and a more common type, called Cassia cinnamon. Cinnamon also contains antioxidants and may even help reduce our risk of heart disease.

Clove is a fragrant spice, sold both whole and ground, that works in sweet and savoury dishes. When ground, it combines easily in baking recipes or spice rubs, and when whole it can be added to marinades or studded into a holiday baked ham. Cloves are often used as a toothache remedy, and cloves and cinnamon are said to have antibacterial properties that may even help prevent digestive issues caused by bacterial infections.

Originating in Southeast Asia, ginger has long been used as a bright, flavourful spice and as a remedy for upset stomachs and nausea. Together with cinnamon and cloves, ginger forms the base for its namesake holiday cookie, gingerbread. Ginger is often used in baking in its dry, powdered form, but it’s also a great ingredient when used fresh. It offers two distinct flavours in its different forms, and can be used in a wide range of dishes, from traditional Thai food to fragrant dry meat rubs to strong, spicy teas.

Originally from Indonesia, much of the world’s nutmeg now comes from its second largest producer, Grenada, a small country in the Eastern Caribbean known as the “Spice Island”. Nutmeg pairs perfectly with cinnamon and is lovely grated on creamy things like warm milk, eggnog, custard or even vanilla ice cream. Nutmeg can also be a surprising secret ingredient in dishes with dark leafy greens like spinach. Though it takes a hefty amount – two to three teaspoons – to experience any symptoms, nutmeg can be toxic and should be enjoyed in moderation.

If you enjoy a hearty bowl of Vietnamese pho, then you probably like star anise, a flower- or star-shaped dark brown spice. This spice is a staple in Vietnamese and Chinese cuisines, and tastes a little bit like liquorice. It’s a key ingredient in Chinese five spice, and according to Gourmet Garden, is often used in cough syrups and to relieve nausea, flatulence, and fluid retention.