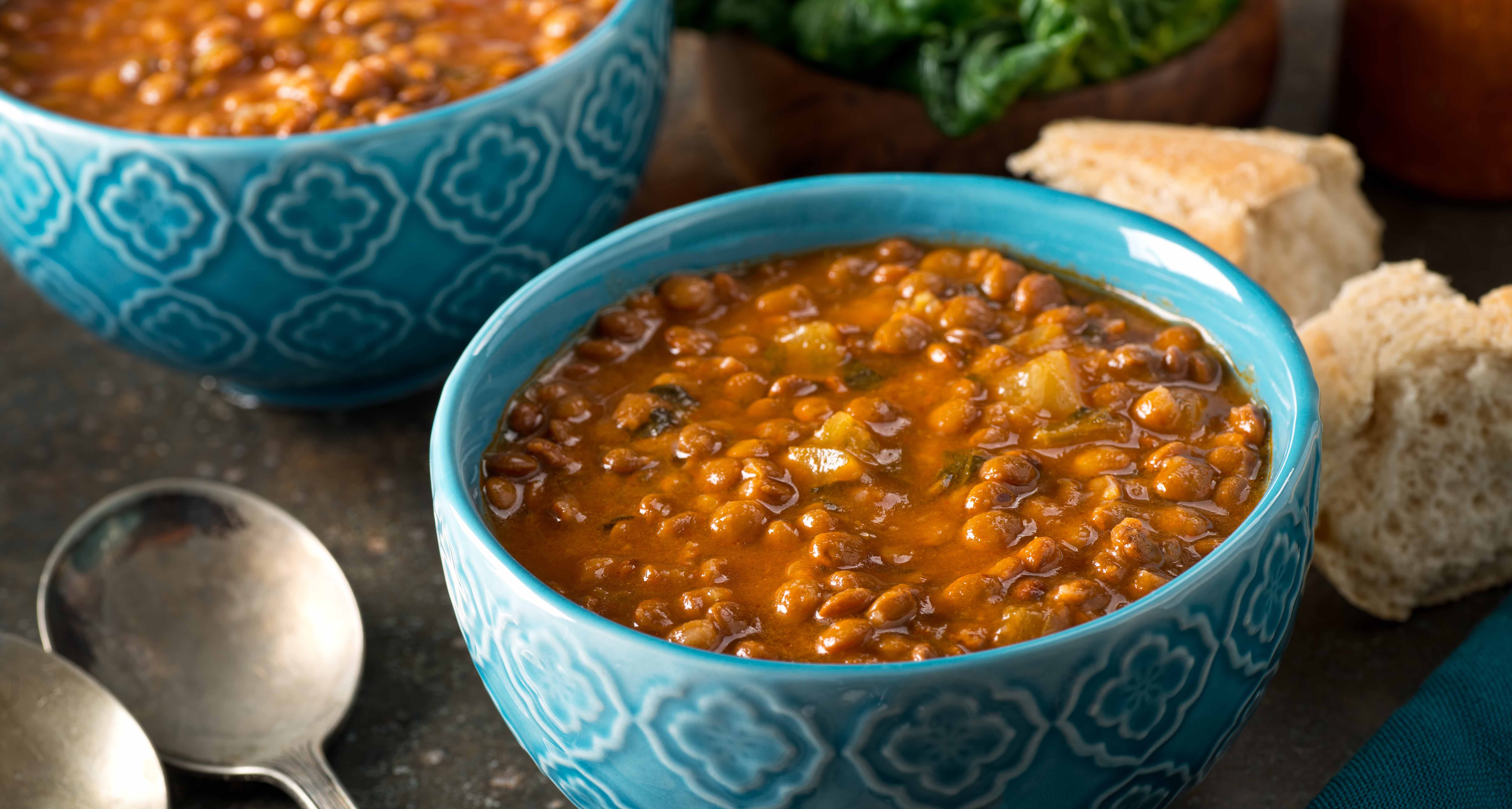 Learn all about this zero Points food.
Ashley Linkletter

Whether you buy them canned or dried, lentils are an incredibly versatile, healthy and delicious staple to keep on hand. Packed with fibre, protein, and folate (an important B-vitamin for red blood cell health and the prevention of certain type of anemia), lentils can be eaten on their own or used in place of grains and even ground meat.

Puy lentils (or lentilles du Puy) are special blue-grey lentils that must be grown in Le Puy, a small commune in the Auvergne region of France. Although Puy lentils have a higher price tag than their peers they hold their shape better than other varieties and have a more nuanced flavour profile.

Green lentils are actually the same type of lentil as Puy lentils but since they aren’t grown in the Le Puy they can’t be referred to as Puy lentils. These lentils are often grown in Canada and shipped overseas, although there has been a growing increase in Canadian heritage lentils over the past several years.

Brown lentils (basically, all other lentils commonly found in grocery stores) are heartier than their green counterparts and require a longer cooking time if purchased dried. Use brown lentils for soups, stews, and to replace ground meat in pasta sauce and homemade burgers.

Canned lentils are a great convenience food that can shave a considerable amount of prep time off the final recipe. However, canned lentils can be high in sodium and are prone to having a mushier texture thanks to the canning process. Cooking dried lentils at home is a simple process and unlike other legumes, doesn’t require pre-soaking beforehand. Dried lentils should be cooked in a large amount of simmering water, adding a small amount of salt at the very end. Taste the lentils throughout the cooking process to check for done-ness, depending on the age of the lentils they might cook faster or slower than planned. Cooked lentils can be kept in the fridge for up to three days and can be portioned out and frozen for up to six months.

Lentils make a filling, protein-rich base for hearty salads that can be stored in the refrigerator for several days. Use Puy or green lentils (or any other lentil that will hold its shape in a salad) and combine them with your favourite veggies; cucumber, raw or roasted cherry tomatoes, grilled corn and zucchini, pickled red onions and beets, steamed asparagus, and diced sweet potatoes are all great additions to a lentil salad. Crumbled feta or goat’s cheese and freshly grated parmesan add a pleasant salty kick, as do chopped olives, capers, sundried tomatoes, and marinated artichokes. Use a homemade or store-bought vinaigrette and finish the salad with fresh herbs such as parsley, mint, basil, and cilantro. Lentil salads will keep in the fridge for up to five days and can be portioned out into containers ahead of time for a perfect no-fuss workweek lunch option.

Use lentils as a healthy swap for ground meat

If you regularly make homemade burgers, meat sauce or shepherd’s pie at home try swapping out half the ground meat with brown lentils. The lentils blend seamlessly with the ground meat and are virtually undetectable to picky eaters, making this a tasty and cost-effective way to add plenty of extra fibre to traditionally meat-based recipes. If you’re adding lentils to a burger or meatball recipe make sure you add extra binding ingredients (such as egg, ground flaxseed, and breadcrumbs) so they’ll still hold their shape when cooked.

Use any sturdy lentil as the foundation for a healthy lentil bowl! Create the Tex-Mex lentil bowl of your dreams with fresh salsa, mashed avocado, grilled corn, plain nonfat yogourt, and a lime-chili vinaigrette. Top Middle Eastern-inspired bowls with pickles, red cabbage, grilled chicken breast, diced cucumber, tzatziki, a dollop of hummus, and hot sauce. If you’re a fan of sushi you’ll love the toppings on this sushi-based lentil bowl; pickled ginger, diced avocado, shredded carrot, crabmeat or prawns, toasted sesame seeds, and finished with a lightly sweetened rice vinegar dressing. Lentil bowls are a great way to use up leftovers towards the end of the week and can be enjoyed hot or at room temperature.