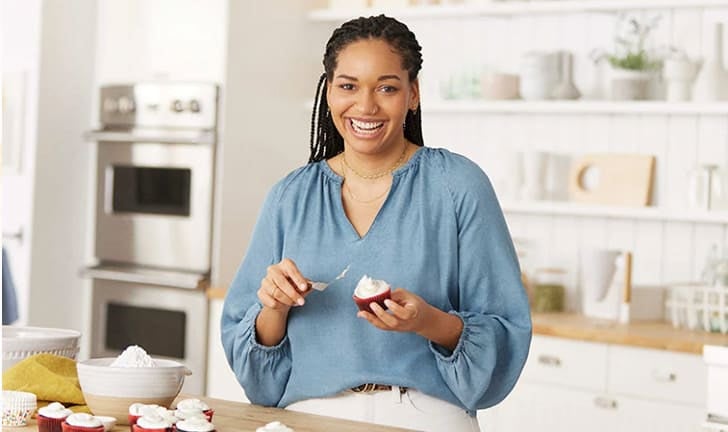 “I plateaued in the pandemic—and emerged stronger than ever”

*People following the WW program can expect to lose 1-2 pounds per week. Brianna lost weight on a prior program and is continuing on myWW+.

I moved to New York City from South Florida in 2019. That’s when my weight—always a struggle—became more of a concern. Here I was, living in this new, exciting place. I was going out all the time, enjoying the nightlife, and not always practicing the healthiest habits. It was fun until it wasn’t. One morning late that year, feeling sick from overeating the night before, I stood on the scale, looked at the number, and had a conversation with myself: “OK, it’s time to make a change.” I joined WW as a Digital member on New Year’s Eve. It sounds corny, but I was in the mindset of “new year, new me.”

My biggest challenge going in: I had been following a vegan diet for a while, but not the kind most people imagine. I was what I call a “junk-food vegan”: My go-to snacks were cookies and flavored tortilla chips. Dinner was often an entire family-size vegan pizza. Meal prep didn’t come naturally to me. I’m not the biggest fan of leftovers, either—I don’t enjoy having the same dish multiple days in a row. I wanted to eat more healthfully, but I didn’t want to be bored or spend all my time in the kitchen.

How WW set me up for success: The first thing I did after signing up was take the personal assessment, which put me on Purple. I was relieved to see that so many of the ZeroPoint™ foods were things I actually enjoy eating, like potatoes, brown rice, and chickpeas. That was a good sign.

Something else clicked for me, too: I realized I could enjoy those ZeroPoint foods in all kinds of combinations. I could make a double batch of roasted veggies, toss some with pasta one night, and then have the rest in a tofu-and-brown-rice bowl for a totally different meal the next night. And I loved that I could use my SmartPoints® Budget on anything I wanted. I could still get a bagel with tofu cream cheese on Saturday mornings. And I’ll always be a dessert-every-day kinda girl!

What Brianna ate then vs. now

The support squad that inspired me: Connecting with other members of the WW community was huge for me. I created an Instagram account to document my transformation and was surprised to find so many people my age, in my city. Some were vegan, too! Just being able to see what other vegans are doing on WW—like, in terms of recipes, restaurants, and food products—was really cool.

On a deeper level, the virtual community was helpful when the pandemic hit in spring of 2020. My roommate moved out, and I found myself living alone for the first time in my life, like, “What am I doing?” There were so many days I wanted to give up on losing weight or working out. The WW community kept me grounded.

How I restarted after a stall: As summer of 2020 approached, I hit a plateau—hard—and sat at the same weight for almost four months. Not gonna lie: It was frustrating. I ended up using the 24/7 Live Chat with a Coach feature in the app to figure out a way forward. In addition to a bunch of helpful suggestions about protein levels, portions, and de-stressing, the Coach proposed switching to a different colour. I chose Green, partially because of how different it is from Purple. I felt I might benefit from tracking more foods.

That was the solution I needed. I got over that plateau and continued moving toward my goal, which was a much-needed boost for my health and my self-esteem. Now I know that I'm always going to feel better for doing things that empower my body. I am resilient; I can get through anything. Not every day is going to be perfect, but every day is worth the effort. 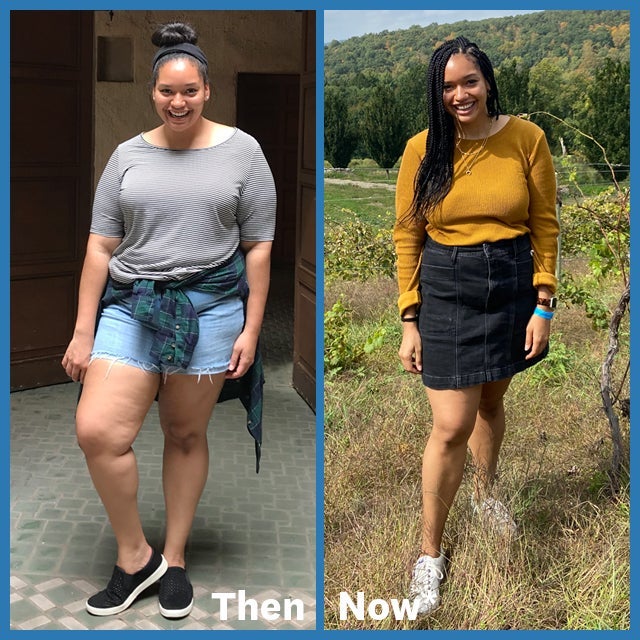 The shift I’m carrying forward: At the start of my journey, my "why" wasn’t complicated: Pretty much all I wanted was to not be overweight anymore. Now, having lost 38 pounds* and lived through a pandemic, I have to say it’s become more about living my life in the best way possible. And that starts with showing up for myself.

Lucy Shanker is a Chicago-born, NYC-based food and culture writer, whose work has appeared on Consequence of Sound, The Independent, Spindle Magazine, and more.