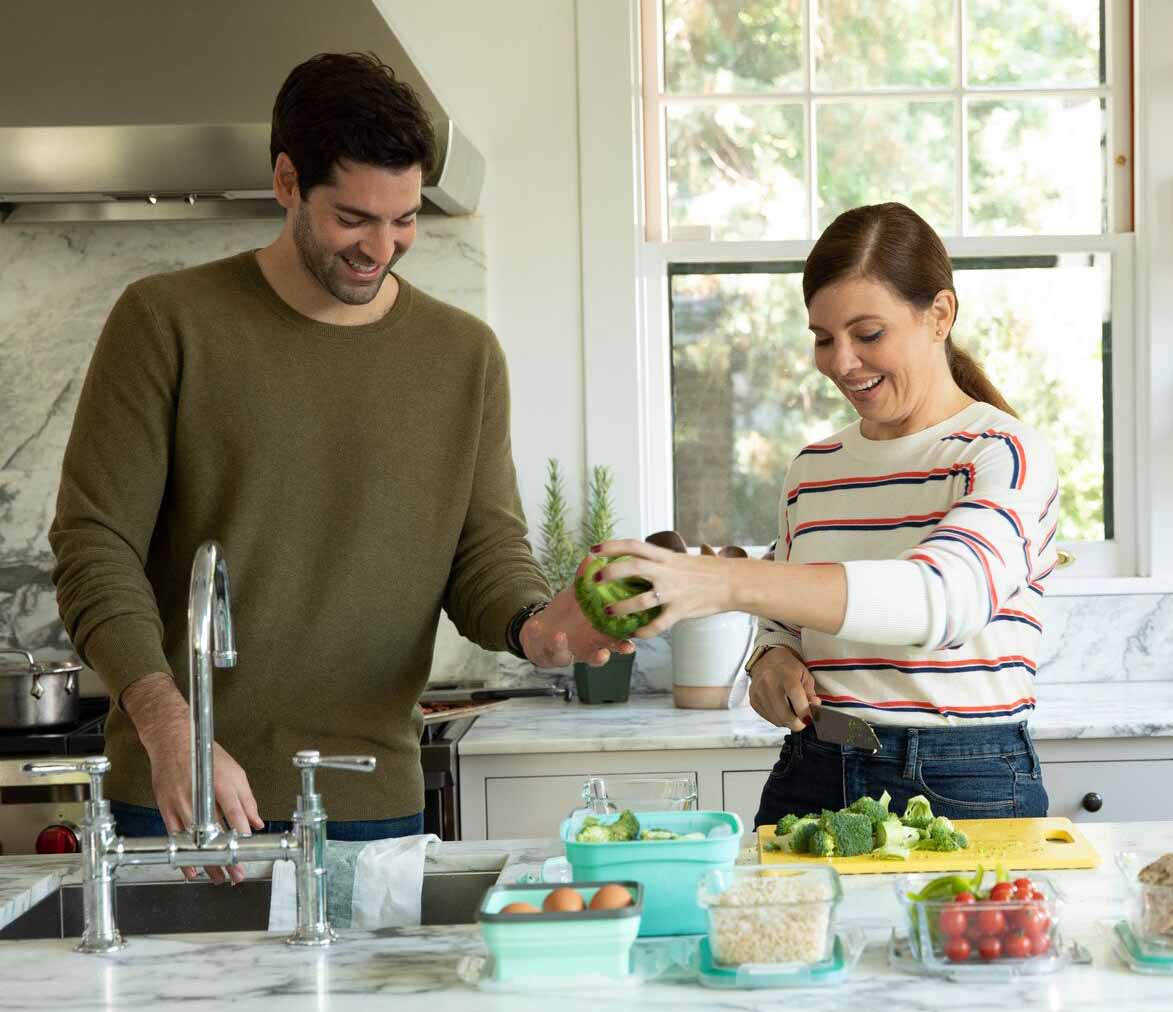 If you’re a man and ever started a workout routine with a female friend or partner, you might have noticed a difference in the rate at which you both see results. She might have even complained about you losing weight faster than her. Turns out, it’s pretty common for men and women to both gain and lose weight differently. The reason? It all comes down to biology.

Not only do men and women often lose weight at different rates, they also tend to carry it in different areas of their bodies.


Where body fat is stored


“When it comes to losing body fat, the main difference between men and women lies in where they lose the fat from,” says Caleb Backe, certified personal trainer and health and wellness expert for Maple Holistics.


“That being said, seeing as both tend to gain weight in those respective areas, it’s not surprising that the most obvious weight loss would be in those regions. In addition to this, female hormones play a part in helping women to store more body fat, which means that it can be harder for them to lose weight in the first place. Women are also more susceptible to temporary weight fluctuations due to monthly hormonal changes.”

Spencer Nadolsky, a board-certified family and obesity physician, explains that by using a caloric deficit – taking in fewer calories than you burn – men and women can lose weight similarly. “The difference,” he says, “is in how to sustain it and also how much energy one burns. In general, men burn more calories due to higher muscle mass.”

For weight loss success, Nadolsky offers both men and women the same advice: “Consistency is key.” He also advises aiming to lose no more than 1 per cent of body weight per week.


While a caloric deficit is a good weight loss strategy for both women and men, their caloric needs may be different, says registered dietitian Amanda A. Kostro Miller, who serves on the advisory board for Smart Healthy Living.

“Women typically need fewer calories than men and if both men and women are used to eating the Americanized portions at fast food places and restaurants, women may need to decrease their calorie intake more than their male counterparts,” she says.