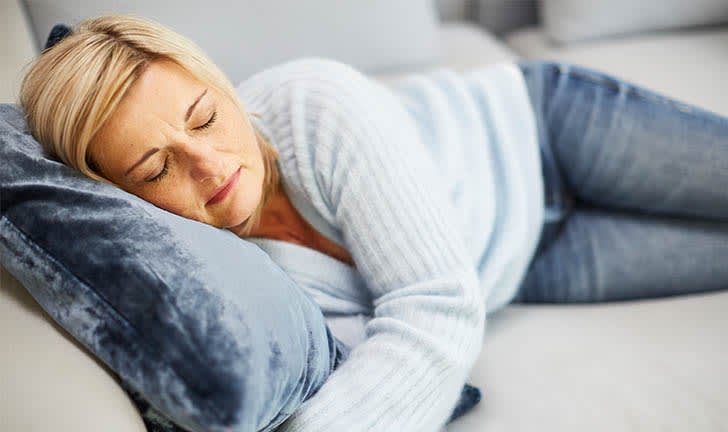 How sleep changes with age

There are unique sleep challenges that come along with each stage in life, here we explore how we sleep differently as we get older.
Charlotte Bullock

There is no doubt that sleep is an essential component of good health. However, sleep can play a different and changing role throughout our lives. As we age, sleep can become increasingly hard to maintain. As we look through different stages of our lives we can see how our relationship with sleep changes. Knowing what sleep roadblocks might be coming your way as you age is also an important step in combating these problems.

Sleep is always important, but from ages, 0-12 sleep is especially crucial for mental and physical development.

Newborn babies sleep an average of 16 to 20 hours each day, but these hours are achieved in small 1 to 2-hour windows of wake and sleep. As babies get older and gain weight they sleep in longer increments and typically begin sleeping through the night around 3 months. Newborns and infants typically spend about twice as much time as adults in deep REM sleep.

By the time a child reaches 2 years of age the average duration of sleep goes down to 13 hours.

However, 11 of those hours are achieved at night and only 2 during the day. The frequency and duration of napping continues to decline throughout childhood.

School-age children (5 -12) should get around 9 to 12 hours of sleep a night, although many get less. Napping has also been removed from their sleep schedule by this time. Bedtimes also get later from ages 5-12, starting around 7:30 and pushing 10 pm by 12 years of age.

Just because children need a lot of sleep doesn’t mean they always get it. According to research from The American Academy of Pediatrics (AAP), a quarter of children under the age of 5 don’t get enough sleep. Prolonged sleep troubles for children can cause problems ranging from poor academic performance to anxiety and depression. Additionally, even in childhood poor sleep can increase the risk of obesity, diabetes and high blood pressure. Establishing a healthy sleep routine with children can help promote a healthy relationship with sleep that will carry on as they age.

Sleep in the teenage years

In the teenage years, we face unique sleep problems not really encountered any other time in our lives. Our bodies and minds are still growing rapidly as new hormones and lifestyles also come into play.

It is recommended that teenagers get between 8 and 10 hours of sleep a night. Unsurprisingly, a 2006 poll conducted by the National Sleep Foundation revealed that 45% of participating adolescents got less than eight hours of sleep per night. Unfortunately, this problem appears to be getting worse. A more recent study showed that nearly 70% of adolescents were getting 7 or fewer hours of sleep.

In our teenage years, we tend to develop a “night owl” mentality. While it’s easy to assume this is a choice for teens, the truth is that there are some biological factors at play. Teens actually don’t begin to feel tired until later in the day and their bodies take longer to produce melatonin, the hormone that promotes sleep. This is unfortunately very counterproductive to the early start times established by most high schools. This results in teens finding themselves sleep-deprived during the week and oversleeping on the weekends, only to repeat the same cycle again. Mental factors such as stress, anxiety, and depression can also contribute to a poor night’s sleep for teens.

Another major factor impacting sleep for teens is the use of electronic devices in the bedroom. According to one study, 75% of American children and adolescents report having at least one screened device in their bedroom at night. Around 60% of them also reported using the devices within an hour of bedtime.

The problems associated with screen use before bed can be broken down into 3 main categories:

By the time we reach adulthood, our “golden age” of sleep has usually passed us. Interestingly, an average of 8 hours of sleep is generally recommended from ages 18 all the way to 65. However, as we begin to age throughout adulthood, many people find their sleep quality begins to slowly decline.

In our early 20’s we tend to have the same affinity for late nights as when we were teens. However, by the mid 20’s there tends to be a shift in which we begin to favour early mornings over late nights. Biologically in our 30’s, we are still capable of getting good sleep, but life tends to get in the way during this time in our lives. Building careers and families tend to take priority over achieving restorative sleep. In addition, during pregnancy women tend to suffer from even more sleep disruptions.

As we continue to age into our 40’s and 50’s our bodies slowly spend less and less time in deep REM sleep, at a rate of about 2% a decade, up to age 60. In addition to this, our internal clock begins to shift. The body’s circadian rhythm begins to move forward, meaning older adults get tired earlier in the day and also wake up earlier in the morning.

Making sleep a priority as we age is just as important as when we are growing children. Adults have a harder time adjusting to changes in their sleep schedule and tend to feel the physical and mental strains of poor sleep more as they age. Trying to maintain a healthy sleep schedule and prioritizing overall physical and mental health is essential to help curb the effects ageing has on sleep.

Sleep as a senior

Older adults usually need around the same amount of sleep as other adults, around 7-9 hours. However, they tend to go to bed earlier and wake up earlier as well. Napping also tends to become an essential part of their sleep cycle, similar to young children.

Insomnia is the most common in adults 60 years and older. Even when they can fall asleep, seniors are known to be light sleepers and to wake up an average of 3 or 4 times each night. This is usually due to the lack of deeper REM sleep during this time.

Some common sleep problems for seniors include:

Sleep is important no matter what age you are. However, it’s clear that there are unique sleep challenges that come along with each stage in life. Practicing good sleep habits, and trying to maintain them throughout life can help minimize the effects of poor sleep.