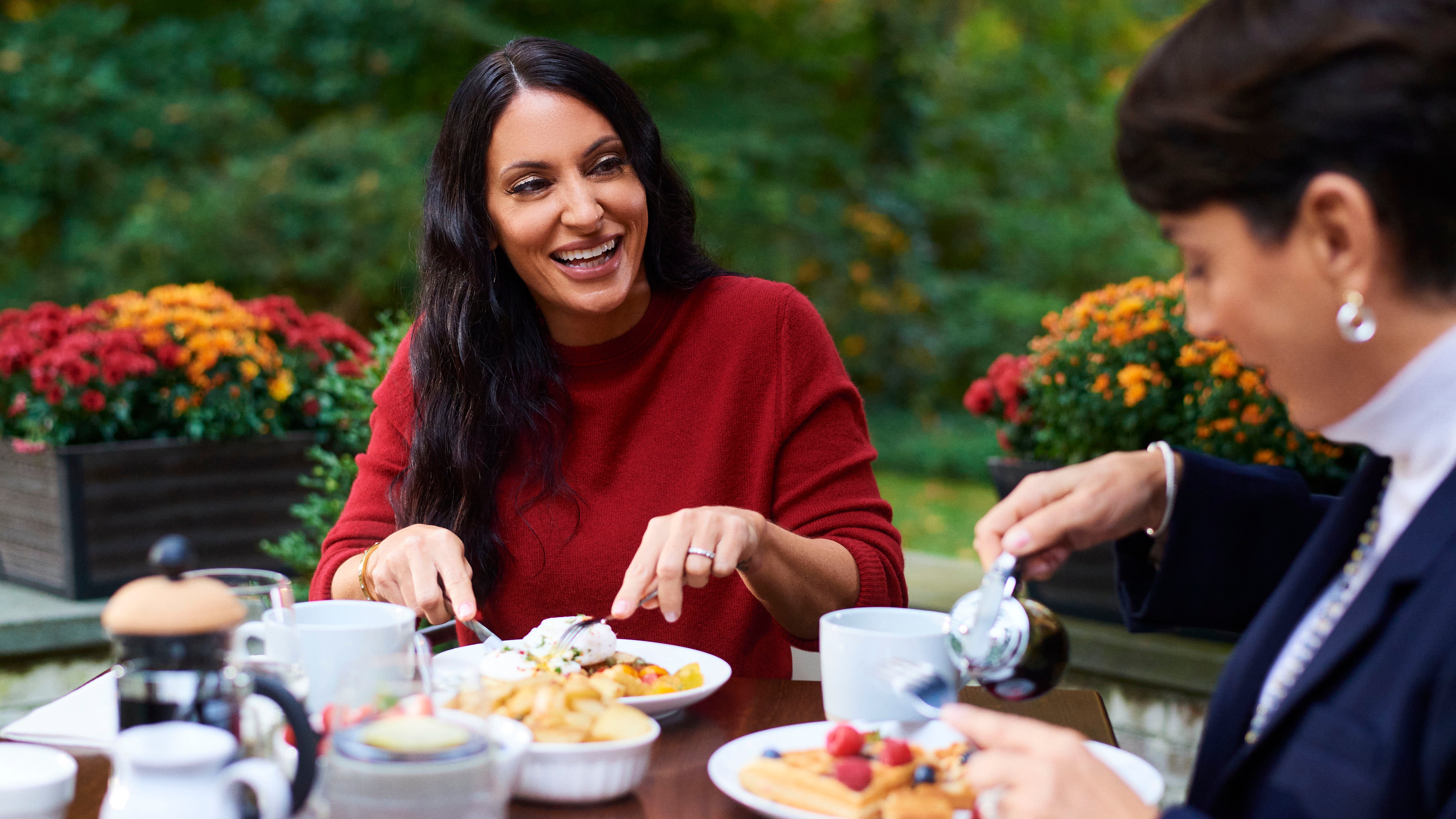 How Our Friends Affect Our Weight

What research knows about how they influence us.
Rita Colorito

The mechanisms of how friends influence weight—the how, when, or why –aren’t so simple. There’s been some alarming news about how friends influence our weight. A study from Harvard Medical School published in the New England Journal of Medicine cautioned that obesity can spread among friends and social networks. Other, smaller studies have shown similar results.

Getting past the scary headlines, in a 2012 review of scientific literature on the topic published in Social Science & Medicine, lead researcher Solveig Cunningham Argeseanu, an associate professor at Emory University Rollins School of Public Health in Atlanta, found all 16 peer-reviewed studies on the topic showed a significant association between friends and body weight, but most couldn’t establish the cause.

Who we tend to befriend

When it comes to the connection between friends and weight, researchers often look at homophily, a sociology term meaning “love of the same” or choosing our social network based on similarities with ourselves.

“We know that we like to pick people who are like us in multiple ways to be our friends,” says Argeseanu, “Whether friends actually influence each other to do healthy or unhealthy things, the pathways of influence are a little bit more complicated.”

As of now, the friendship-weight connection hasn’t been fully separated from a host of other issues that influence someone’s weight: education, socioeconomic status, and other barriers and enablers to healthy eating.  “The issue of weight loss is there’s still a lot we don’t know at the individual level, never mind the group level,” says Argeseanu, adding that the connection between friends and weight is probably a mix of both homophily and influence. It’s the extent of each that remains in question.

How much of our daily lives overlap with our friendships is an important factor in solving this puzzle. And another reason researchers can’t claim it’s just the friends we keep that influence our weight, says Argeseanu. “If you were with somebody all the time, you probably end up doing a lot of things together. Then again, you also share the same environment so it gets kind of tricky [to differentiate between] what’s actually influencing versus actually going through the same things together.”

One way friends may influence us that researchers are beginning to study, says Argeseanu, is how we spend time with them, and others, in our social network. “Really all the things that we do getting together with our friends, most of them involve some sort of eating and drinking and sitting,” she says.

When it comes to social eating, there’s a great deal of evidence around distraction, says Argeseanu. “If I’m doing something else while I’m eating, whether it’s talking with you, or watching television, I tend to lose, not really think about, how much I’m eating or what I’m eating so much anymore.”

Regardless of friendship status, eating with someone else increases our food intake significantly, says Brian Wansink, author of Slim by Design, who studies consumer eating habits as director of the Food & Brand Lab at Cornell University. He has found that we consume 30 per cent more food if we eat with one other person. Eating with seven or more people increases our consumption to over 90 percent more food. “What happens is you tend to spend longer eating. It’s an event,” says Wansink.

One thing Wansink has noted in social eating is what he calls the “priming” or “cueing” effect of the first person who orders. “If you’re at a table and the first person asked orders fairly indulgently, it’s more likely they’ll have the same influence on you because in essence it’s given you a license to eat, to order differently than you would otherwise want to,” he says. “The thing about healthy eating is that’s a whole lot less influence-able than unhealthy. Especially what friends give you is a license to have fun.”

There is a bright spot around friendship. Intervention studies on exercise programs that involve friends have shown that friends keep you engaged for the longer term, says Argeseanu. A 2013 review of literature by Argeseanu and her team, on how friendships influence children’s physical activity, found that kids in a running class would run longer if their friends were with them. “You can imagine, right, if you are running with someone you can chat with, you keep going. Or, I’d like to stop but she’s still going, I’ll keep going,” explains Argeseanu.

And these results continue as you get older. In studies done by Tim Lohman, PhD, a professor emeritus at the University of Arizona in Tucson, groups of friends with like-minded goals who get together to talk about challenges and successes tend to keep at it longer. In some cases, they continue even after the goal has been reached.

And there’s more good news. A study published in the Journal of Health Economics replicating the results of the aforementioned Harvard study concluded that obesity isn’t contagious. “Point estimates of the ‘social network effect’ are reduced and become statistically indistinguishable from zero once standard econometric techniques are implemented,” found the study. In short, take a deep breath and keep your friends—as long as they are supportive.