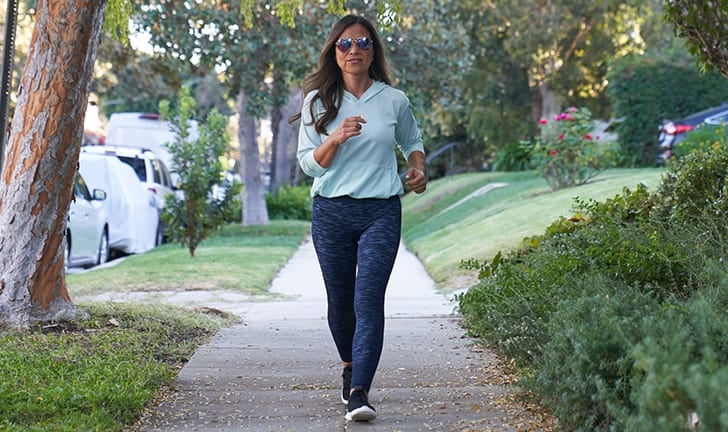 How habits are formed

If you’ve ever tried to change a habit, you know how difficult it can be. But take heart – it’s not impossible. Read on for expert advice to understand how habits are formed in the first place, and how we can hack our brains to create new ones.

How habits are formed

“On a neurobiological level, habits are formed as a result of repeating a behaviour,” explains Dr. Carla Marie Manly, clinical psychologist, speaker, and author of the upcoming book, Date Smart.

“Hebb’s Law, a basic principle in neurobiology, states that ‘neurons that fire together wire together’; thus, any behaviours that are repeated frequently will result in habit formation.”

She adds, “Whether we engage in a specific behaviour consciously or unconsciously, whatever actions we repeat over time will become habits. Interestingly, this dynamic also occurs when we observe a behaviour over time. For example, a child who frequently watches a frustrated or angry parent eat ice cream in a self-soothing fashion often adopts similar habits as a result of merely observing the pattern over time.”

Replacing old habits with new ones

Manly says one of the simplest ways to create a positive new habit is to have a positive habit available to fill the space of the unwanted habit.

“For example, if a person’s goal is to stop eating chocolate every time anxiety arises, it’s important to have a new replacement behaviour – such as going for a walk, meditating or repeating a positive mantra – ready to replace the unwanted habit,” says Manly.

One of the ways you can create new habits is to “piggyback” them onto old ones. As explained above, every habit is triggered by a cue. For example, when you get into your car, you might automatically put your seatbelt on. When you leave the house, you might instinctively pat your pockets to make sure you have your phone and your keys. The concept of piggybacking suggests tacking an extra new habit onto an old one. So for example, if getting ready for bed is your cue to brush your teeth, you could add on flossing as your new habit that you do at the same time.

Many people come to think of habit change as a negative, Manly says, but when we reframe habit change in a positive way, the shifts feel more upbeat and doable.

“For example,” she says, “if a mental shift is made from ‘I can’t stand how I look, and I need to lose weight’ to ‘I want to make some shifts in my lifestyle so that I feel fit and healthier,’ the mindset and goals are more positive. When the mind learns that there is a benefit to releasing the old habit, change becomes a blessing rather than a negative. When an individual believes that the change is a positive choice – not a penalty – the dynamic is more positive and support[s] habit change. As the self-destructive, negative monkey mind slowly gives way to the positive energy of ‘I am choosing to make healthier choices for myself’ new changes are more likely to stick.”

Science also shows that a positive impact resulting from a behaviour helps to reinforce it as a habit. This knowledge can help you choose activities that are sustainable for you. For example, if you want to relieve stress and you’re choosing between meditation and gratitude journaling, but you don’t enjoy sitting quietly in meditation and you do enjoy writing, one activity (the journaling) will likely be more successfully made a habit.

Keep it small and achievable

It’s tempting to want to make drastic changes, Manly says, but big shifts are often overwhelming and can lead to feelings of defeat.

“When we set clear, achievable goals that are supported by detailed, time-specific micro-goals, the process of creating new habits feels more doable. When changes are incremental and doable, it’s far easier to form life-long positive habits. Clear, simple steps foster a can-do attitude and decrease the chance of feeling overwhelmed.”

Let’s say you want to start going for a walk every day after you finish work. Your first micro-habit could be turning off your computer when the workday is done, say at 5 p.m. Then your second micro-habit could be changing into your walking clothes. This is habit stacking. You can keep that going by using the fact you’ve changed into your walking clothes as a cue to set up your music or your podcast, which then becomes a cue to leave the house and go for your walk. You may not actually go for the walk every day you do this, but you will have at least accomplished some of the micro-habits, which will gradually build to achieving the larger goal of going for the walk.

Manly notes that perseverance and patience – not perfection – are key to achieving habit change success.

“Neurobiologically, our thoughts and behaviours are hardwired in over time, so it’s important to remember that changing this hardwiring does not happen overnight!”

Manly also points out that slipping up is normal.

“Another important aspect of breaking bad habits is to accept that occasional reversions to old habits are a natural part of life,” Manly adds. “The brain’s old patterns are often highly resistant to change. It’s important to embrace the attitude that an occasional hiccup does not equate to complete failure; little stumbles are a normal part of the habit change curve. When a realistic, compassionate attitude is cultivated, occasional backsteps are viewed as an opportunity to move forward with a little more self-awareness.”