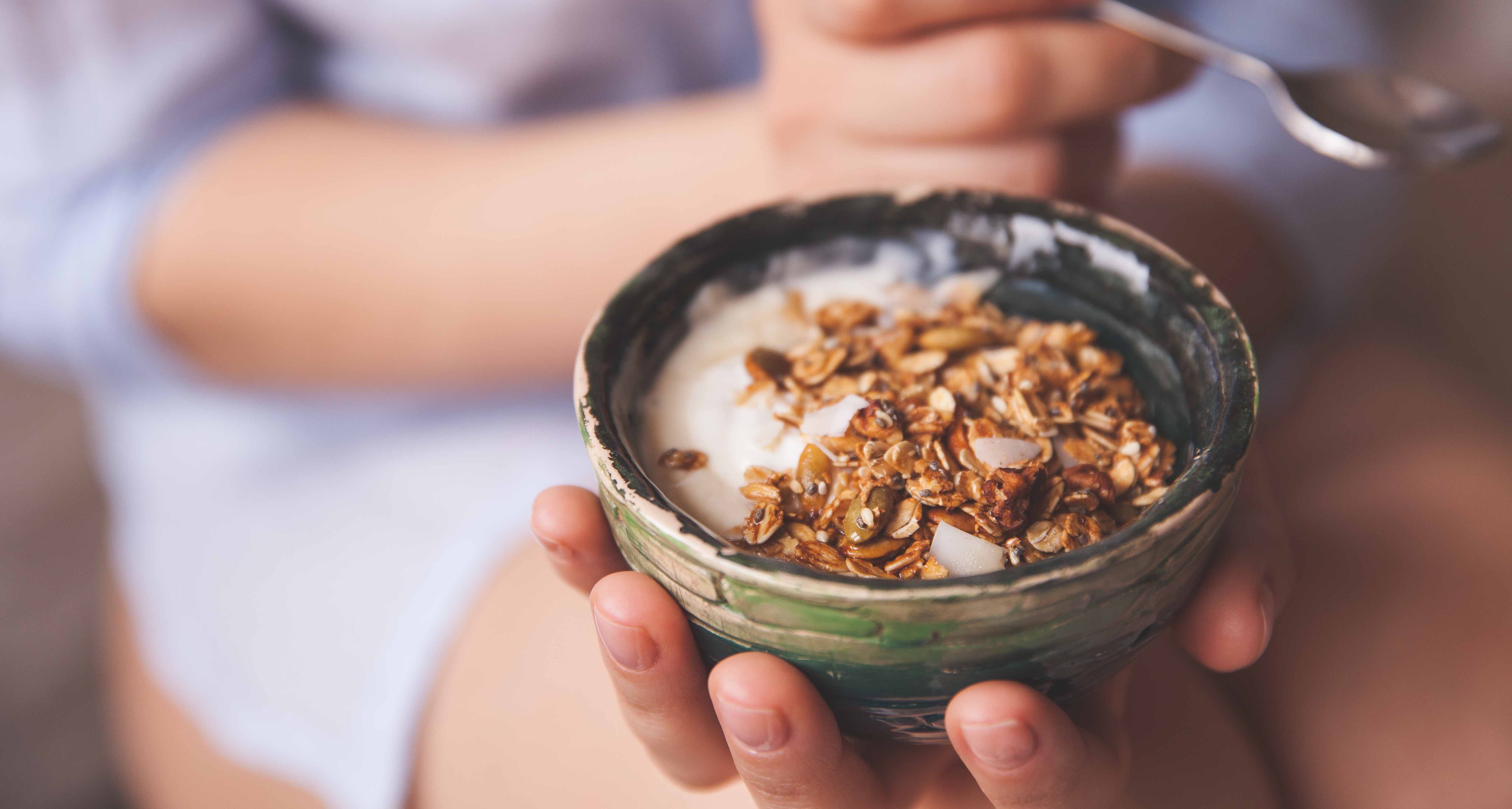 How food makes you feel full

Learn how certain foods can help keep your appetite and snacking in check.
Rita Colorito

Eat one meal, feel full for three to four hours. Eat an equivalent amount of food, and you could be hungry in one to two hours. The difference? The makeup of those meals.

“It has been suggested that eating certain foods that promote satiety helps prevent overeating and decreases unhealthy snacking. This may lead to the ability to adhere to a weight-loss, or weight-maintenance, diet,” says Heather Leidy, PhD, associate professor in the Department of Nutrition Science at Purdue University. “Satiety is the feeling of fullness in combination with the suppression of hunger that reduces our drive to eat again.”

What we should eat

Some foods are more satiating than others. At the top of the nutrient chain, protein packs the biggest punch to help you feel full.

“Protein helps you feel fuller or less hungry, a little bit more than carbohydrates, and quite a bit more than fats,” says Douglas Paddon-Jones, PhD, a Sheridan Lorenz Distinguished Professor in Aging and Health in the Department of Nutrition and Metabolism at the University of Texas Medical Branch. “The idea being if you consume an equal portion of the same food that’s higher in protein you might reduce the amount of food you’ll want to snack on or overeat later on.”

Consuming protein-rich foods alters hormones that regulate our appetite and satiety, explains Leidy: “Ghrelin, which is a very potent hunger hormone, is secreted less, and PYY and GLP-1, potent satiety hormones, are secreted more following the consumption of higher protein meals compared to lower protein versions. These alterations reduce our hunger and increase our feelings of fullness.”

To achieve satiety, aim for 30 grams of protein at each meal, say both Leidy and Paddon-Jones. To give you an idea of what that looks like: 1 cup of cottage cheese has 28 grams of protein, and one cup of cooked lentils has 18 grams of protein. And choose a protein you can eat, rather than one you drink. “Any food in solid form is a little more satiating than the same total amount of protein in liquid form,” says Paddon-Jones.

“When we don’t consume these ‘optimal’ quantities of protein [from the foods we eat], we feel hungrier throughout the day and have more food cravings. This, in turn, could lead to more frequent snacking on high-fat, high-sugar foods and overeating later in the day,” says Leidy.

The carbs we eat

Even though carbs come second to protein in affecting satiety, not all are created equal.

A 2016 preliminary study published in the Journal of Food & Function found natural or minimally processed foods were more satiating than ultra-processed foods — defined by the study as “substances extracted or derived from food and additives, typically with five or more and usually many (cheap) ingredients.”

Complex carbohydrates high in dietary fibre may impact satiety. For example, one small study that compared low-sugar oatmeal to a ready-to-eat sugar-sweetened cereal found that participants perceived oatmeal as more satiating than the ready-to-eat cereal, particularly those individuals who were overweight. In fact, the oatmeal helped curb how much they ate at a subsequent meal.

In addition, some data suggest that foods with a higher glycemic load (their effect on blood sugar) raise blood glucose rapidly — and could actually increase hunger and decrease satiety, says Leidy.

How and when we eat

Turns out, your parents may have been right when they nagged you to eat slowly. “Eating more slowly appears to lead to sustained increases in fullness and sustained reductions in hunger more so than eating quickly,” says Leidy.

Your parents could also have been right about starting your day off with breakfast, especially for adolescents. If you’re prone to skipping breakfast to cut down on calories, reconsider. “Data from our lab illustrate improvements in satiety with breakfast consumption, particularly one rich in protein. In fact, breakfast appears to be more satiating than lunch or dinner,” says Leidy.

Increasing satiety isn’t a cure-all for unhealthy eating behaviours, some of which are learned. “It’s not a magic solution, but it’s another weapon in your armoury,” says Paddon-Jones.

“While satiety can help curb appetite and increase one’s ability to adhere to an eating pattern, we need to be mindful of our hunger and satiety cues,” says Leidy. “Many times, we ignore these and eat for other reasons beyond feeling hungry.”