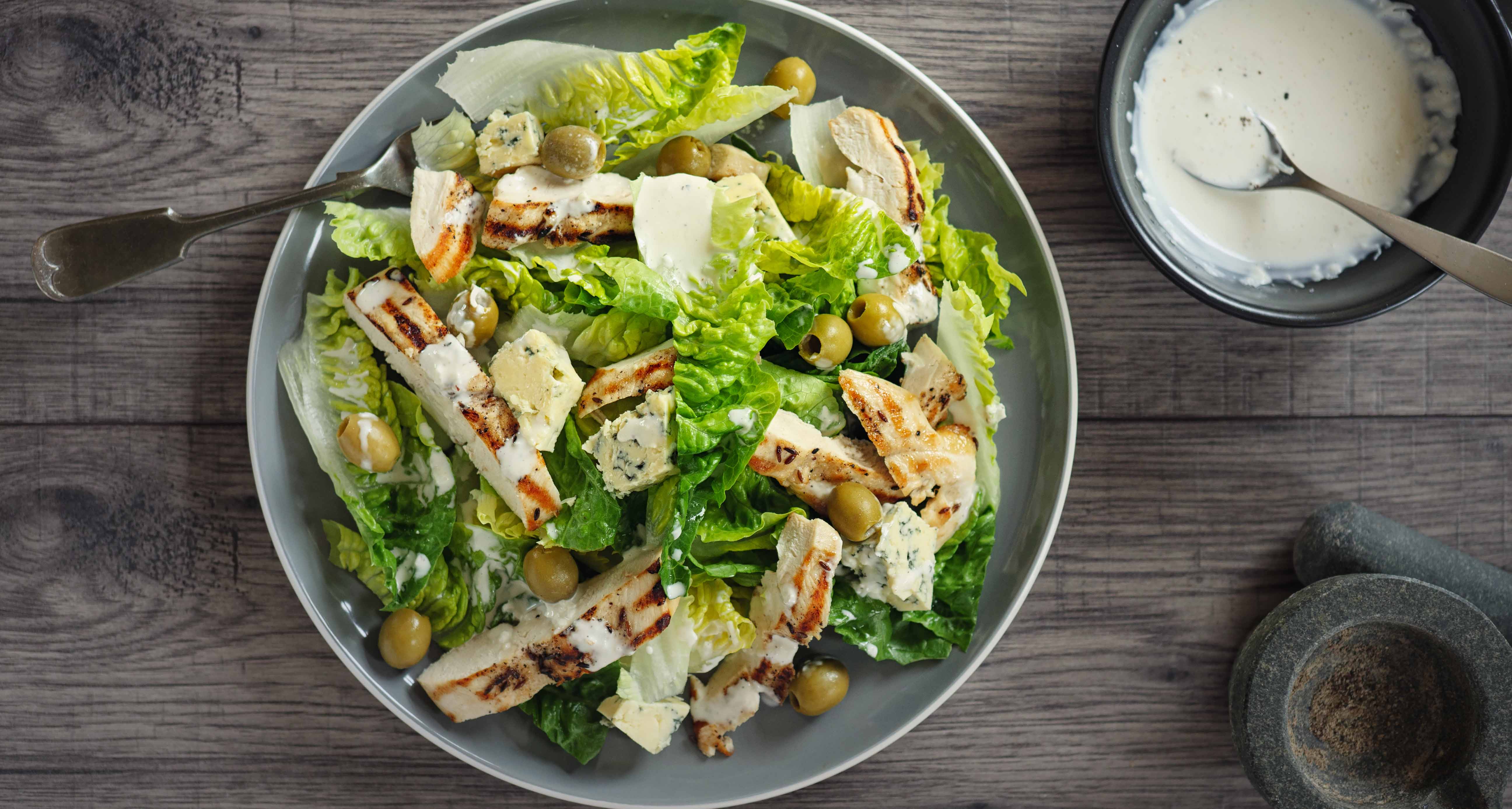 Easy ways to cut the SmartPoints on this classic salad.
Ashley Linkletter

The perfect Caesar salad is all about simple, balanced ingredients: Romaine lettuce, croutons, and a wonderfully zippy dressing full of tangy umami flavour. Discover the unique origins of this steakhouse staple and learn how you can recreate the experience at home using zero Points® foods; you might just find yourself making Caesar salads all summer long!

A brief history of Caesar salad


Although its famous name might suggest otherwise, Caesar salad was not invented by Julius Caesar. In fact, Caesar salad was invented by a restaurateur named Caesar Cardini in Tijuana, Mexico during the Prohibition-era (Cardini also owned several restaurants in the United States but he preferred to focus on his out-of-country properties where alcohol could legally be served). Legend has it that Cardini invented Caesar salad after a Fourth of July rush left him short on ingredients, his idea to make the humble salad table-side was meant to impress his restaurant guests even if the ingredients fell short of fabulous. Cardini’s original Caesar salad dressing recipe called for coddled eggs, olive oil, and Worcestershire sauce (Cardini’s recipe did not call for anchovies as is commonly thought, he used Worcestershire sauce in their place). Since then, the original Caesar salad dressing has become open to the chef’s interpretation and it’s now very common to see recipes containing parmesan cheese, red wine vinegar, anchovies, raw egg yolk, and many other non-traditional ingredients.

Getting creative with Caesar salad (without added SmartPoints)

Traditional Caesar salad is definitely a higher SmartPoints salad but don’t let that discourage you from enjoying it as part of a meal or as an entrée. Summon up some of Cardini’s resourcefulness and begin experimenting with classic Caesar salad flavours (all you need is your imagination and a few healthy ingredients)!