This easy main course highlights the wonders of the grill. By charring the pineapple on the barbecue, the sugars caramelize, producing a deeper, smoky flavour, perfect for pairing with fish. Or try it with shrimp, pork, or chicken for a summery flavour infusion.

Divide the sliced zucchini between the two parchment sheets, and arrange in a single layer down the middle. Place two filets on each zucchini layer; rub all four filets with the olive oil and sprinkle with the smoked paprika, and season with salt and pepper.

Lift the parchment paper on two opposite sides to meet in the middle above fish. Tightly fold down paper until it reaches fish, crimping to seal; roll up and crimp the ends to seal. (Be sure the paper is sealed snugly so that steam won’t escape during cooking.)

Set one side of an outdoor grill to high. Once heated, place the fish parcels on the ‘off’ side of the grill to cook over indirect heat and grill the pineapple on the hot side of the grill until charred on both sides, approximately 1 minute per side.

Remove pineapple and allow to cool; close the grill and allow the fish to cook for 10-12 minutes.

Meanwhile chop the pineapple into ½ inch cubes. In a bowl, combine the grilled and chopped pineapple, onion, diced chili, cilantro, lime juice, and salt and pepper to taste. Set aside.

Once 10-12 minutes has elapsed, carefully remove the fish parcels from the grill. Carefully open the parcels, being mindful of the hot steam, and serve topped with the salsa. 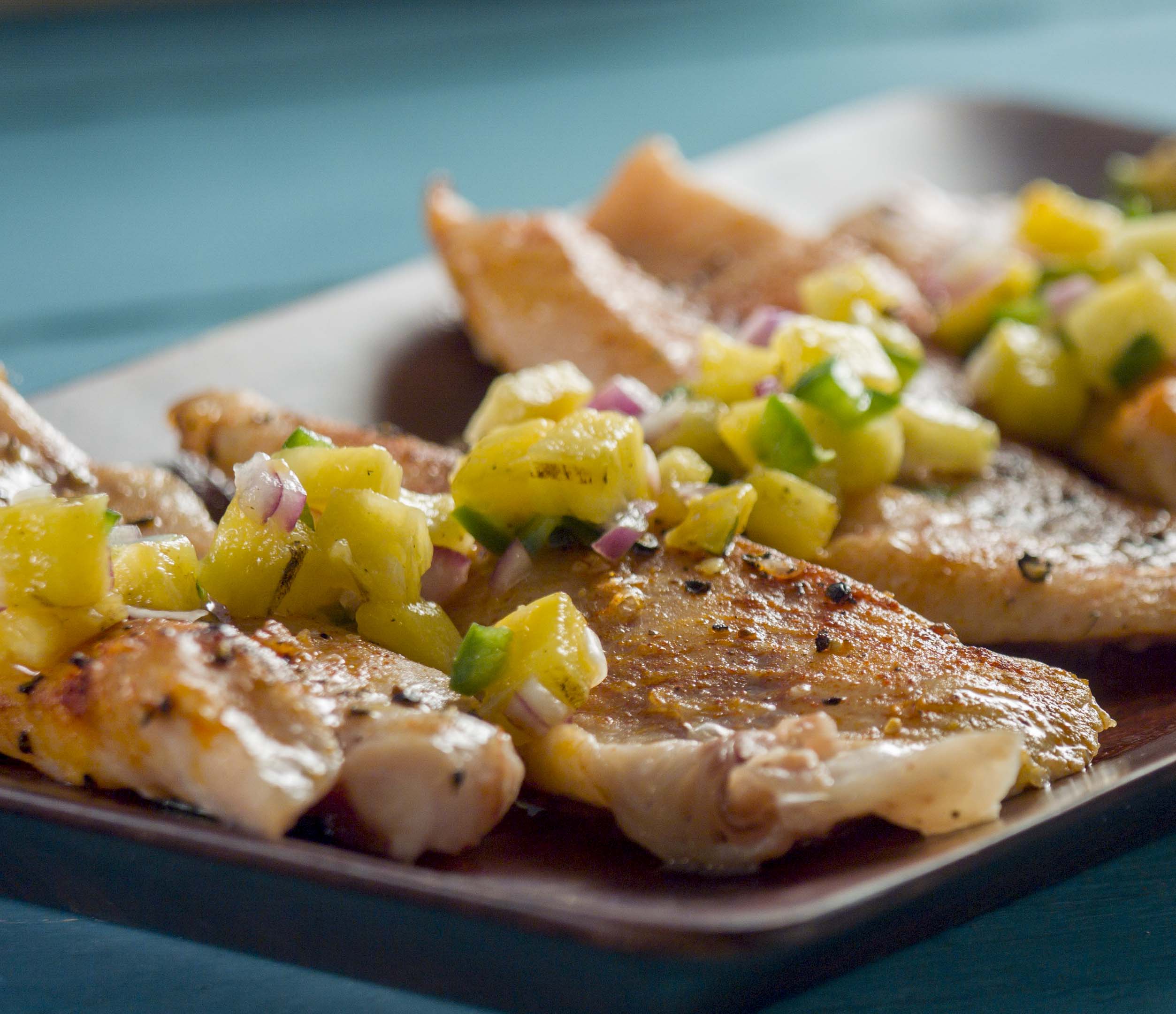