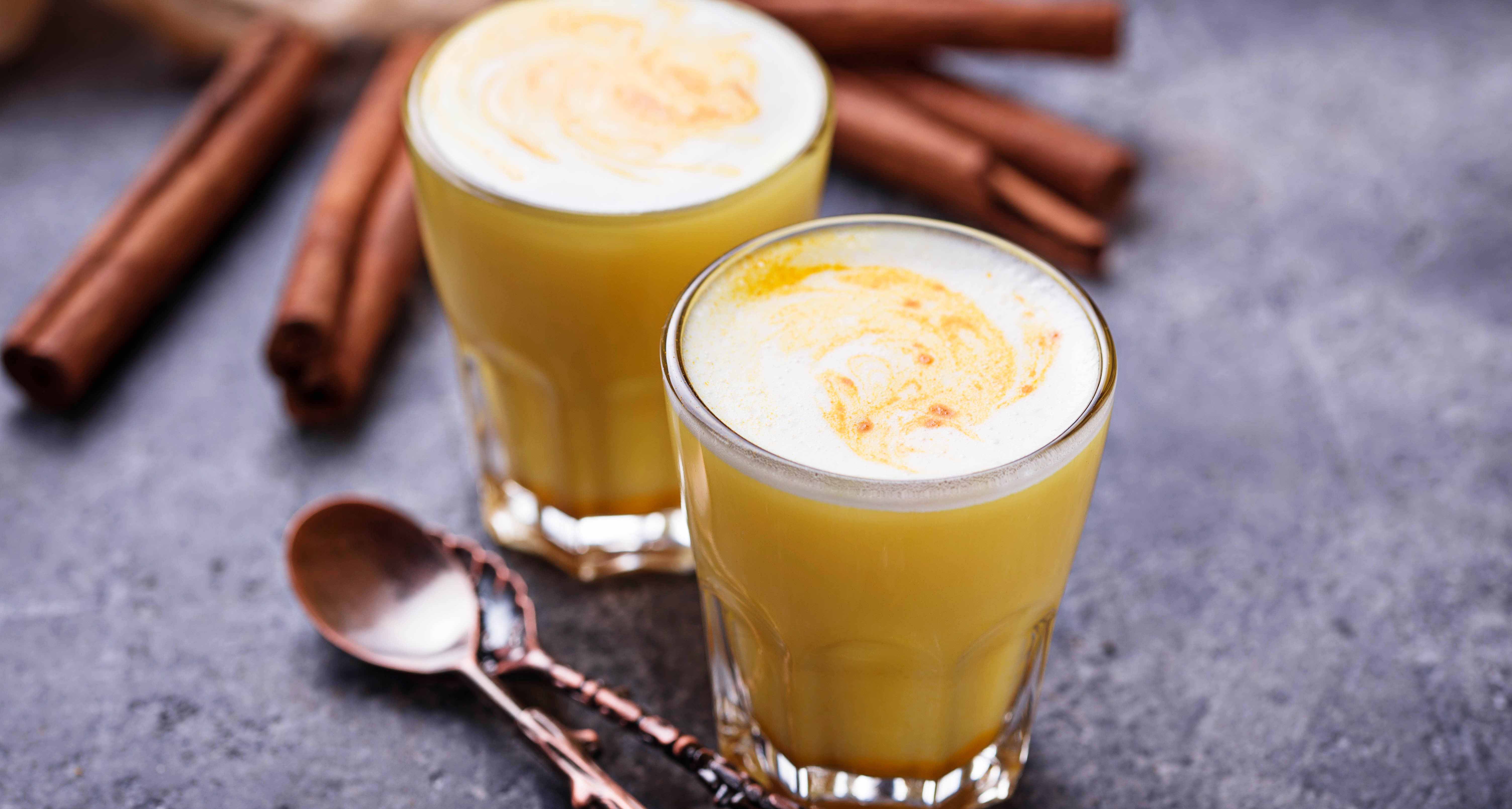 Who doesn’t love a mug of something warm when the weather turns cold? If you’re watching your caffeine levels but still want to sip on something with a bit of a kick, it’s time to check out these non-coffee drinks that will keep you feeling energized (and cozy!) on dark winter mornings.

Yerba maté, a caffeinated beverage made from the Ilex paraguensis plant (a member of the holly bush family) that is hugely popular in many parts of South America, is becoming increasingly popular in North America for its purported ability to induce clarity and invoke energy while simultaneously having an overall calming effect on the brain. Yerba maté is a rich source of plant-based nutrients including polyphenols, vitamins and minerals (such as calcium, manganese and iron.) Yerba maté can be prepared as a loose-leaf tea (it’s often described as a grassier-tasting green tea) and served hot or iced with citrus slices and fresh mint.

Golden milk, also known as turmeric milk or tea, is a deliciously comforting beverage that can be enjoyed any time of the day. Turmeric is a member of the ginger family and its bright orange roots are traditionally used fresh or dried in East Asian, Central American, and North African cuisines. Turmeric contains curcumin, a plant compound that has been used in Ayurvedic medicine for thousands of years. Today, researchers are testing curcumin for its anti-inflammatory and anti-cancer effects (amongst numerous other health benefits) although results remain inconclusive due to the fact that they are largely based on small-scale animal studies. Golden milk is made from a base of fresh or dried turmeric, ginger, cloves, cinnamon, black pepper, and honey or maple syrup which is then blended with hot dairy or non-dairy milk. Make your own golden milk base at home or purchase a premade blend or spices for a quick pick-me-up any time of the day.

Bright green matcha is made from ground green tea leaves and can be prepared in a variety of ways (you can even add a scoop of matcha to your smoothie!) The appeal of matcha lies in its potential health benefits; green tea is rich in catechins, a compound which has been largely (and for the most part, inconclusively) studied for its effects on cancer, Type 2 diabetes, weight loss, and for its anti-inflammatory properties. When you drink matcha you’re consuming the entire leaf which means that both caffeine and nutrient levels are more compact than loose-leaf or bagged green tea (a serving of matcha contains roughly half the amount of caffeine as a cup of coffee.) Matcha powder can be whisked into hot water or blended with hot milk or non-dairy milk to make a matcha latte.

If the thought of beets in your morning beverage is off-putting, just wait until you see the gorgeous magenta result of combining pureed beetroot with steamed milk. Beets are an excellent source of folate, an essential B vitamin your body needs to promote heart health and prevent anemia, as well as being a good source of manganese, copper, fibre, and iron. Boil or steam beets in their skins until soft and fork-tender (each latte will use one medium-sized beet, so cook as many as needed and store covered in the refrigerator for easy beetroot latte prep throughout the week.) Remove the skins from the cooked beets and cut the beets into quarters. Add the beets to a blender before blitzing with a small knob of fresh ginger, a dash of vanilla, a pinch of cinnamon, and a drizzle of honey or maple syrup. Carefully pour in a cup of hot milk (or your favourite non-dairy option) and blend until the milk begins to froth; serve hot and drink immediately.