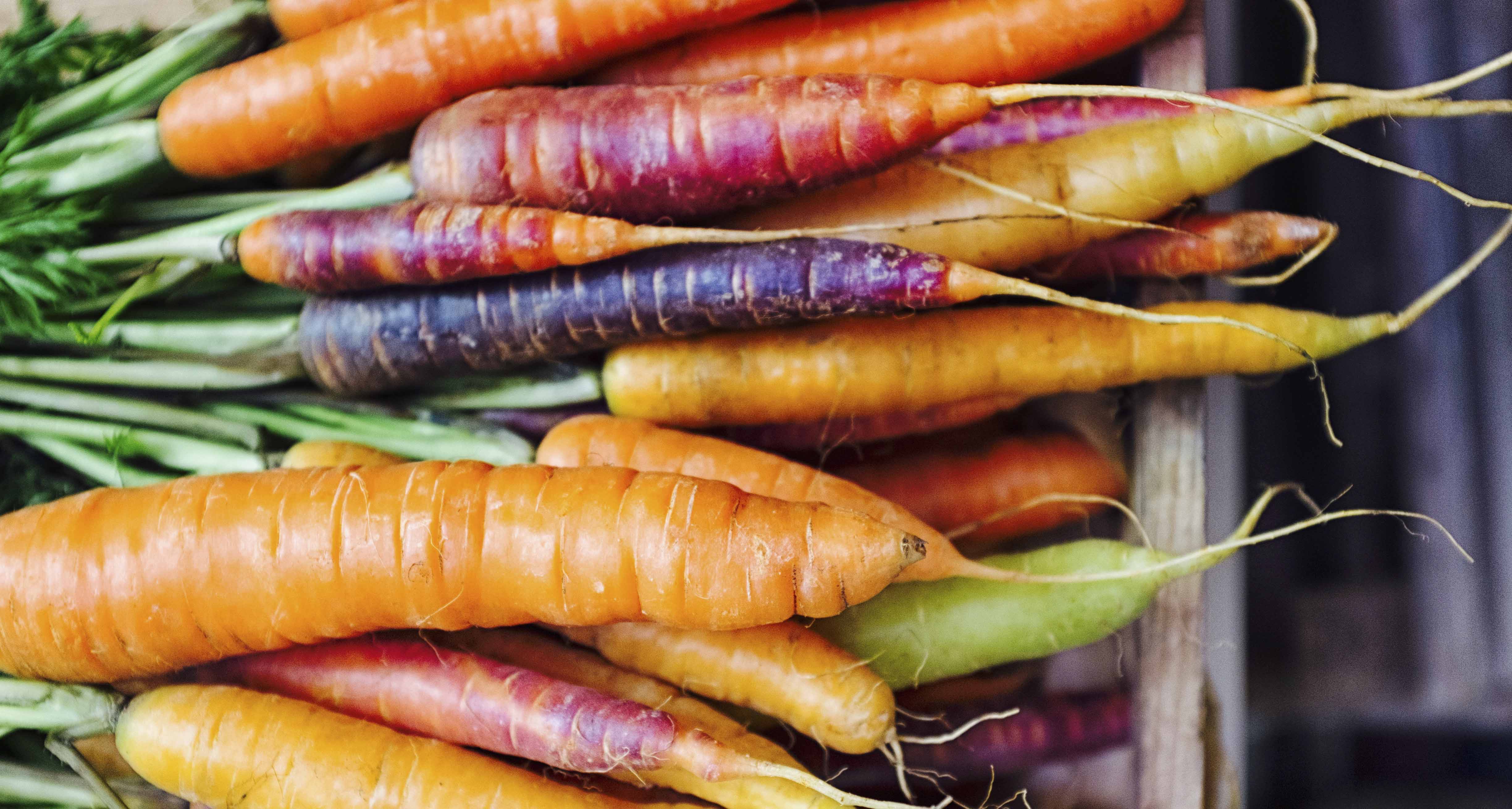 Five Root Vegetables You Need to Know About

Make the most of the winter harvest.
Ashley Linkletter

It’s time to welcome root vegetables into your kitchen and recognize them as the super-flavourful and nutrition-packed ingredients they are! Root vegetables are synonymous with the arrival of cold weather in Canada and although many of us have an impressive selection of imported produce available year-round there’s something so cozy about the earthy flavours found in root vegetables. Whether you’re roasting them, grating them up for salads, making comforting soups or stir frying root vegetables you’ll find endless opportunities to include root vegetables in your kitchen repertoire.

Carrots are a familiar root vegetable to most Canadians and are available year-round. From dainty spring carrots to the heartier large carrots that come packaged in two and five-pound bags during the colder months, these vitamin A-rich root vegetables are sweet and incredibly versatile. Grate carrots to use in salads or as a crunchy pita sandwich filling or drizzle with honey and olive oil and roast in a hot oven until the carrots begin to turn brown. Steam and purée carrots and add to baking, soups, and pasta salads, freeze any leftover puréed carrots in ice cube trays for later use. Carrots can be stored in the crisper, tightly wrapped with plastic to prevent air and moisture from seeping in, for up to three months.

Daikon is actually a type of winter radish although its large off-white tubular shape doesn't immediately bring to mind the red radishes that are most often seen in the produce section of Canadian grocery stores. An excellent source of vitamin C, daikon radish is a regular ingredient in Chinese and Japanese cooking. Its mildly spicy and crunchy texture makes it a delicious addition to stir fries, chopped salads, as well as making beautiful crunchy pickles with just the right amount of heat. Store daikon radish in the crisper loosely wrapped in a plastic for up to a week.

Don’t judge celeriac on its appearance! Beneath its gnarled brown exterior there lies a beautiful pale white interior that exudes a subtle celery aroma. Celeriac, also known as celery root and turnip-rooted celery, is a great source of vitamin K and adds a sophisticated taste to all kinds of recipes. Dice celeriac into small cubes along with one or two shallots and use as a bed for roasting chicken or include them in a root vegetable hash topped with poached eggs and a small handful of arugula. Celeriac should be pared and peeled just before using, store unpeeled celeriac in your crisper, covered with plastic, for up to one week.

Parsnips have a distinct taste that is reminiscent of fresh parsley and sweet carrots. Pale white and bulbous on one end with a very thin tapered root, parsnips are high in vitamins A and C, manganese, and folate. Toss peeled and sliced parsnips in olive oil, maple syrup, salt and pepper and roast until the coating begins to caramelize. Add parsnips to root vegetable soups (make sure you taste to prevent the flavor of the parsnips from becoming overwhelming), toss in your slow cooker if you’re making a pot roast or chicken stew, or experiment with adding grated parsnip to your favourite slaw recipes. To store parsnips, wrap in a paper towel and store covered in a plastic bag in the crisper; parsnips should keep for two weeks or longer.

A somewhat misunderstood root vegetable, turnip usually only makes an appearance at Thanksgiving and then once or twice over the holiday season in the form of a lackluster mashed side dish. A good source of vitamin C, turnip has the bite of radish but also the sweetness of carrots and parsnips. Peeled and finely diced turnip can be used to bulk up turkey or beef soups or sautéed in olive oil with pancetta and bitter greens such as broccoli rabe. Young, smaller turnips can also be grated or cut into thin matchsticks and added to assertive salads and slaws. Roast turnip and mash into potatoes to give them added depth of flavour, use homemade vegetable stock and a drizzle of olive or avocado oil in place of the traditional cream and butter. To store turnips place them (unwashed) in a cool, dark place and cover with a tea towel or other cloth. As long as the turnips aren’t exposed to moisture they should last for several months.