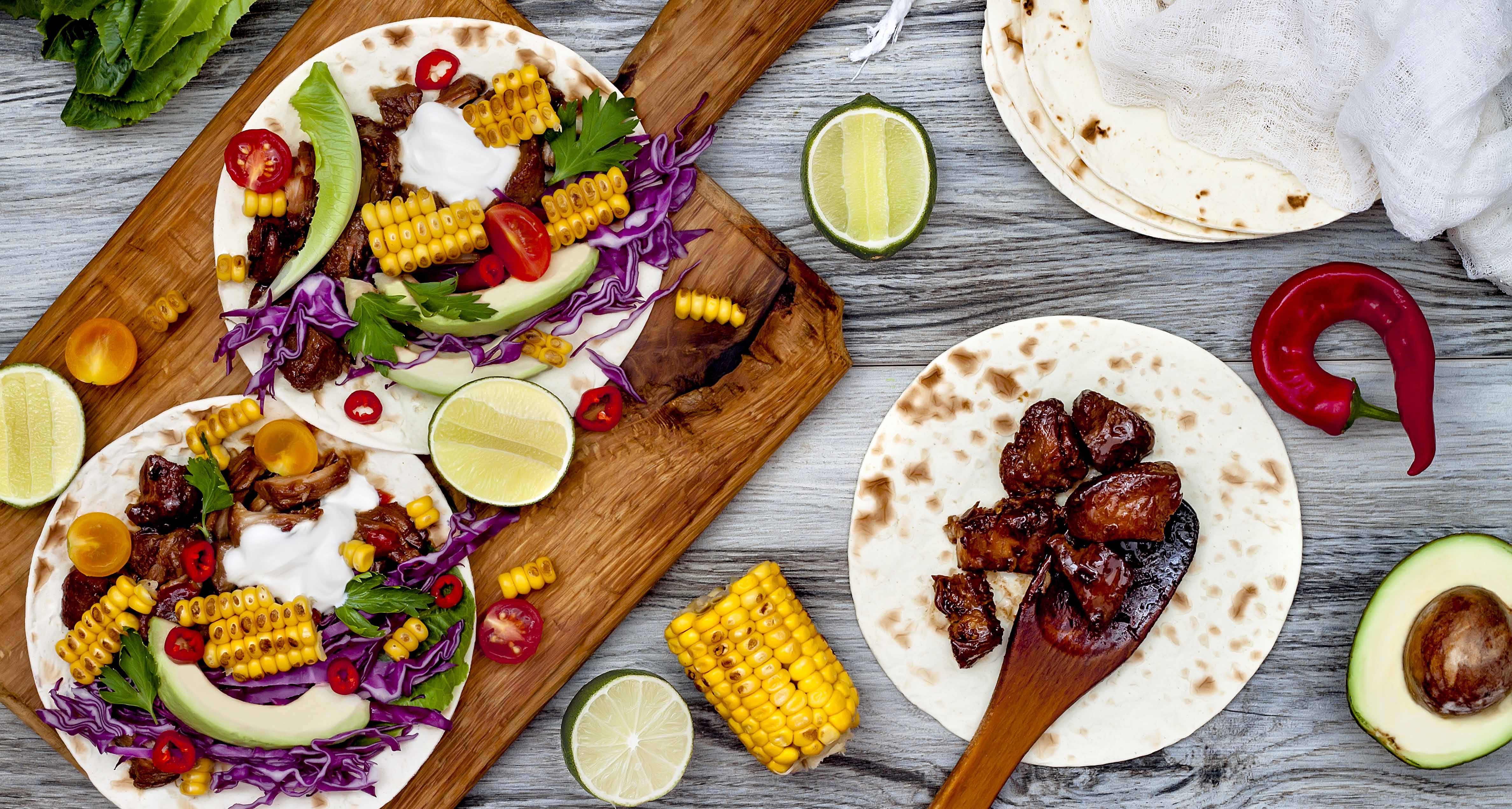 Travel beyond Taco Tuesday with these tips.
Ashley Linkletter

It’s easy to have Mexican food any day of the week when these staples are a part of your kitchen pantry. Take a trip to your local Latin or specialty grocery store and bring home your favourite Mexican-inspired ingredients; it’s time to branch out from Taco Tuesday!

Cilantro (also known as fresh coriander) might be the most controversial of all herbs; those who love it are firmly on Team Cilantro while others find it tastes overwhelmingly soapy (which, scientists have recently discovered, may have more to do with genetics than picky eating). Cilantro is a main ingredient in salsa verde (along with tomatillos, garlic, and chili peppers), pico de gallo (a fresh tomato salsa), and in marinades for meat, poultry, and fish. Store cilantro in a glass jar partially filled with water in the fridge, loosely tented with a plastic bag to ensure freshness.

Look for corn and flour tortillas at your local Latin grocery store (buy them in bulk and freeze if you can find super fresh versions) or learn how to make your own at home using only a few easily-sourced ingredients. Encasing all sorts of delicious ingredients, tortillas are often used as a type of edible utensil in Mexican cooking whether they’re being used to make quesadillas, enchiladas, soft tacos or burritos. Breaking away from traditional uses, tortillas can also be lightly brushed with oil and baked to make homemade chips, as a makeshift pizza crust or even in Tex-Mex-inspired lasagnas in place of the noodles.

Shopping for dried chilies in a well-stocked spice shop or Latin grocery store is an exciting experience; there are so many different flavours and levels of heat hidden in these humble-looking dehydrated peppers. Dried chilies are often fairly sweet underneath their immediate heat and are used in conjunction with fresh chili peppers in Mexican cooking where they play an important part in marinades, sauces and stews. As with other spicy peppers, the smaller the chili the more likely it is to pack some serious heat so make sure to taste cautiously. Dried chilies can be ground up or soaked and then puréed into a paste. Dried chilies that are most commonly found in specialty shops across Canada include ancho and chipotle peppers (which are actually smoked and dried jalapeño peppers).

Although you might be most familiar with tequila when it’s mixed into a margarita, this versatile spirit is actually an important ingredient in Mexican cooking (and of course, for sipping and making cocktails). Tequila is made from the blue agave (or, agave azul) plant that is native to Central Mexico, it has a lightly smoky flavour and bright herbaceous notes that make it perfect for pairing with grilled chicken and fish, ceviche, and shellfish such as oysters and shrimp. Add tequila to marinades, sorbets, and mixed drinks. Next time you’re in the mood for a margarita try switching it up with a Paloma, a delicious combination of tequila, grapefruit juice, lime juice, and sparkling water in a shallow glass that’s been rimmed with coarse sea salt and garnished with a grapefruit wedge. For an earthier, more intensely smoky treat try replacing the tequila with its cousin, mezcal. Made from a variety of agave, mezcal’s complex flavour profile makes it right at home in simple cocktails or on the rocks with a spritz of lime juice.