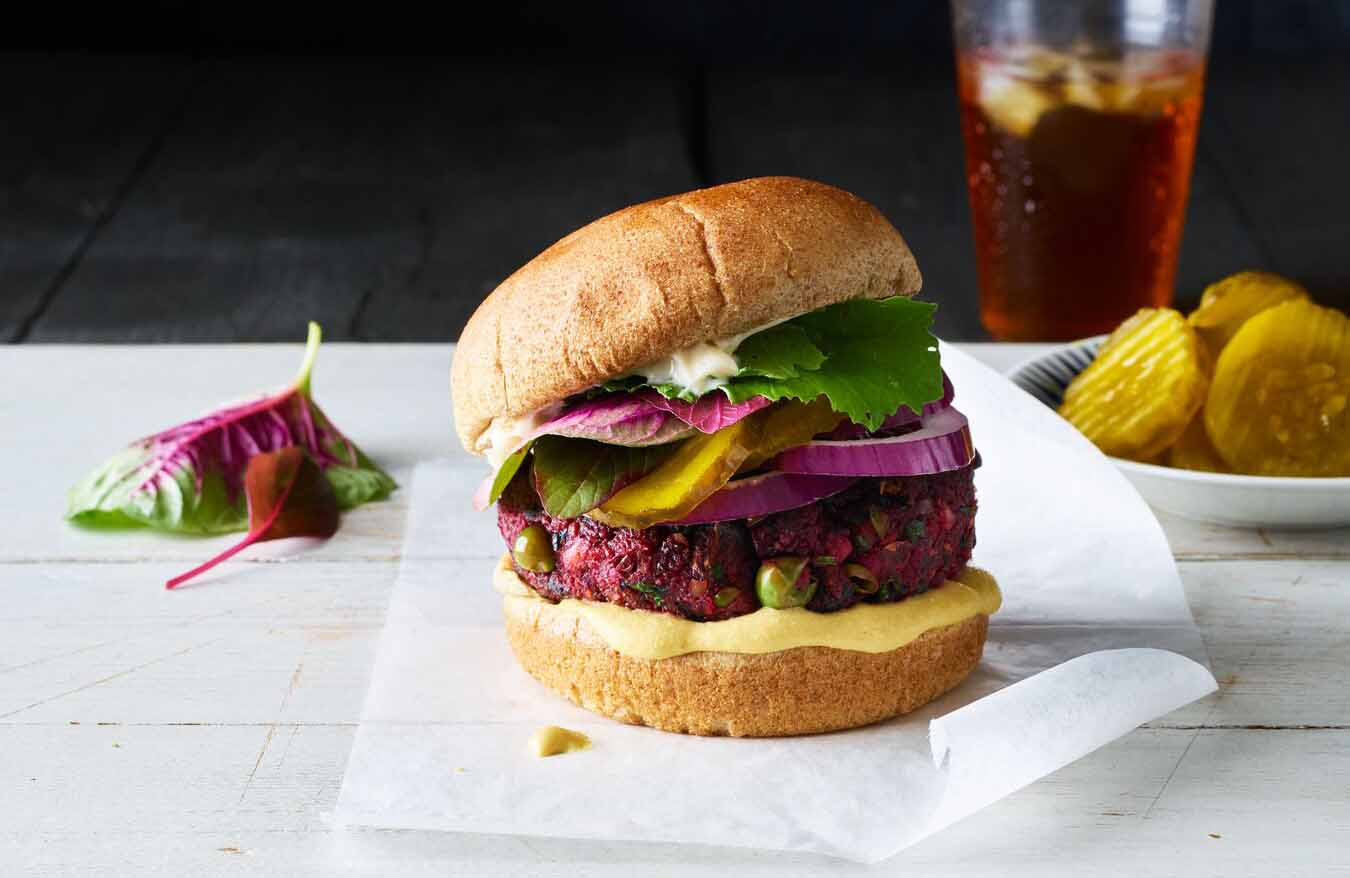 Everything you need to know about plant-based burgers

Are they healthier or still just a treat?
Ashley Linkletter

In case you hadn’t noticed, plant-based burgers are having a moment. As the technology behind making a better imitation meat burger gets better, plant-based versions are becoming closer to the real thing than ever before. Keep reading if you’re wondering how a new generation of plant-based burgers stack up against meat-based and more traditional veggie burgers.

The health benefits of consuming a plant-based diet as often as possible are well-researched and numerous. Eating a primarily vegan or vegetarian diet has been linked to a decrease in Type 2 diabetes, hypertension, obesity, and cardiovascular disease. In fact, the recently updated Canadian Food Guide explicitly recommends including fruits, vegetables and plant-based sources of protein in your diet as often as possible.

Today’s plant-based burger, the kind you see in fast food restaurants and alongside beef burger patties at the grocery store, are meant to replicate the real thing as closely as possible. Not to be confused with the still experimental “lab grown” burgers, which are made using stem cell technology, this hyper-realistic burger is completely vegan. Not only do these burgers look just like real meat, they also have a very similar texture and taste (and can even “bleed” as they’re being cooked thanks to the addition of beet juice.) Is this plant-based burger all it’s made out to be and if so, is it enough to convince die-hard meat lovers to make the switch?

A closer look at the nutritional value of imitation meat burgers

The average 4-ounce imitation meat burger comes in at 8 SmartPoints and contains around 20 grams of protein as well as 3 grams of fibre. These plant-based burgers are primarily made from soy and pea protein, potato starch, coconut and palm oils, as well as additional flavouring and added nutrients. Coconut and palm oils are both examples of saturated fat, which means they remain solid at room temperature. These oils give the burgers a more authentic texture and taste while also preventing them from falling apart as they’re being cooked. The Heart and Stroke Foundation of Canada recommends keeping your daily intake of saturated fats as low as possible to avoid raising LDL cholesterol levels. Imitation meat burgers are also high in sodium, which is used to flavour the product as well as extend its shelf life.

Despite being vegan, these types of plant-based burgers are still ultra-processed and relatively high in saturated fat and sodium. If you’re already a vegan or vegetarian (or are just trying to eat less meat), these plant-based patties can be a real treat. As with traditional beef burgers, it’s best to enjoy imitation meat burgers in moderation.

If you love a good veggie burger but are hesitant to eat imitation meat burgers on a regular basis, there are still plenty of healthier options for you to try. Look for plant-based burgers with whole high fibre ingredients such as beans, peas, sweet potatoes, and other vegetables. Binders such as egg white or egg replacement and starches (potato and arrowroot are commonly used) will help a veggie burger hold its shape without adding significant amounts of saturated fat. Although these veggie burgers won’t look or taste anything like beef burgers, they can still be dressed up using all of your favourite condiments and enjoyed regularly.