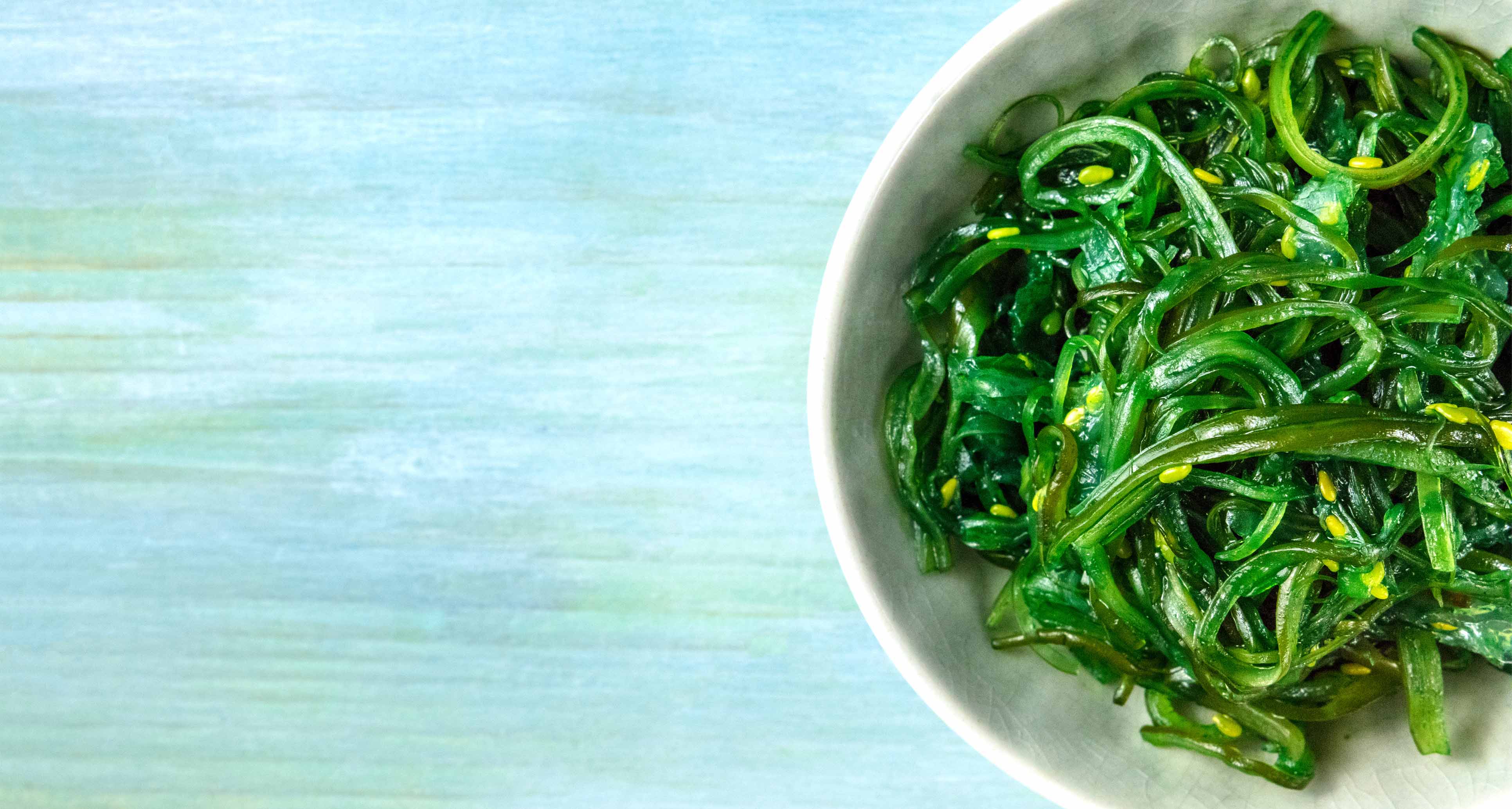 With a wide variety of edible algae options now available in grocery stores and from online suppliers, it’s easier than ever to glean the health benefits of this umami-packed group of sea vegetables. You might be familiar with varieties, such as sea kelp, dulse, and spirulina, but other types are just beginning to gain popularity in Canada thanks to a growing interest in cuisines from around the world. Learn all about our favourite varieties of edible algae and how to include them in your diet as well as the nutritional perks that go hand-in-hand with seagrass consumption.

If you’re a fan of Japanese sushi, onigiri or ramen then you’re familiar with nori, a form of edible red algae that is purchased in thin dried sheets. To increase complexity of flavour, nori is usually toasted over high heat or an open flame before being used. Try making your own sushi at home using reconstituted sheets of nori and all your favourite sushi fillings.

Dulse is a type of edible algae that has historically been a part of Irish, Welsh, and Scottish cuisine although lately it’s been showing up on a growing number of menus as Canadian chefs are discovering its smoky-sweet taste. Dulse can be purchased as whole dried leaves or ground up into an ultra-savoury condiment that’s been described as having a “bacon-like” flavour. Use dried dulse on air-popped popcorn with nutritional yeast for plenty of intense, plant-based umami flavour.

Wakame is a form of edible kelp that can often be found in Japanese and Korean seaweed salads and miso soups where its subtle texture is an asset. Prized for its silky smooth mouthfeel when reconstituted, wakame is mildly sweet and delicately flavoured. Try making your own wakame seaweed salad with rice vinegar, pickled ginger, sesame oil, sesame seeds, and thinly sliced chilies.

Kombu is another member of the edible kelp family that is often used in Japanese cooking. Most notably, kombu is an important ingredient when making dashi, a soup stock that is made by combining dried kombu, dried bonito fish flakes, and hot water. Kombu can also be pickled and served as a condiment with rice or fish.

Spirulina is made from an abundant form of edible blue-green algae that is harvested from warm freshwater lakes. It is most often used as a food supplement in powder or tablet form and fans of spirulina swear by its detoxifying, anti-inflammatory benefits. Add powdered spirulina to smoothie bowls and to oatmeal for a splash of vivid green-blue colour.

What are the nutritional benefits of edible algae?

While many cultures around the world have consumed edible algae for its health benefits over the last millennia, Canadians are only now discovering the potent nutritional benefits that seaweed has to offer. Edible algae is an excellent source of several vitamins including A, B, C, D, E, and K as well as minerals such as calcium, magnesium, iron, and copper. Seaweed is also a fantastic source of soluble fibre (which keeps you feeling full) and is considered a prebiotic food (which means it helps keep your natural probiotics well-fed and happy.) Like many other foods from the sea, edible algae also contains plenty of heart- and brain-healthy omega-3 fatty acids.

One note of caution: Edible algae tends to have very high amounts of iodine which may cause adverse health effects for those with thyroid issues. Talk to your family doctor before introducing seaweed into your diet