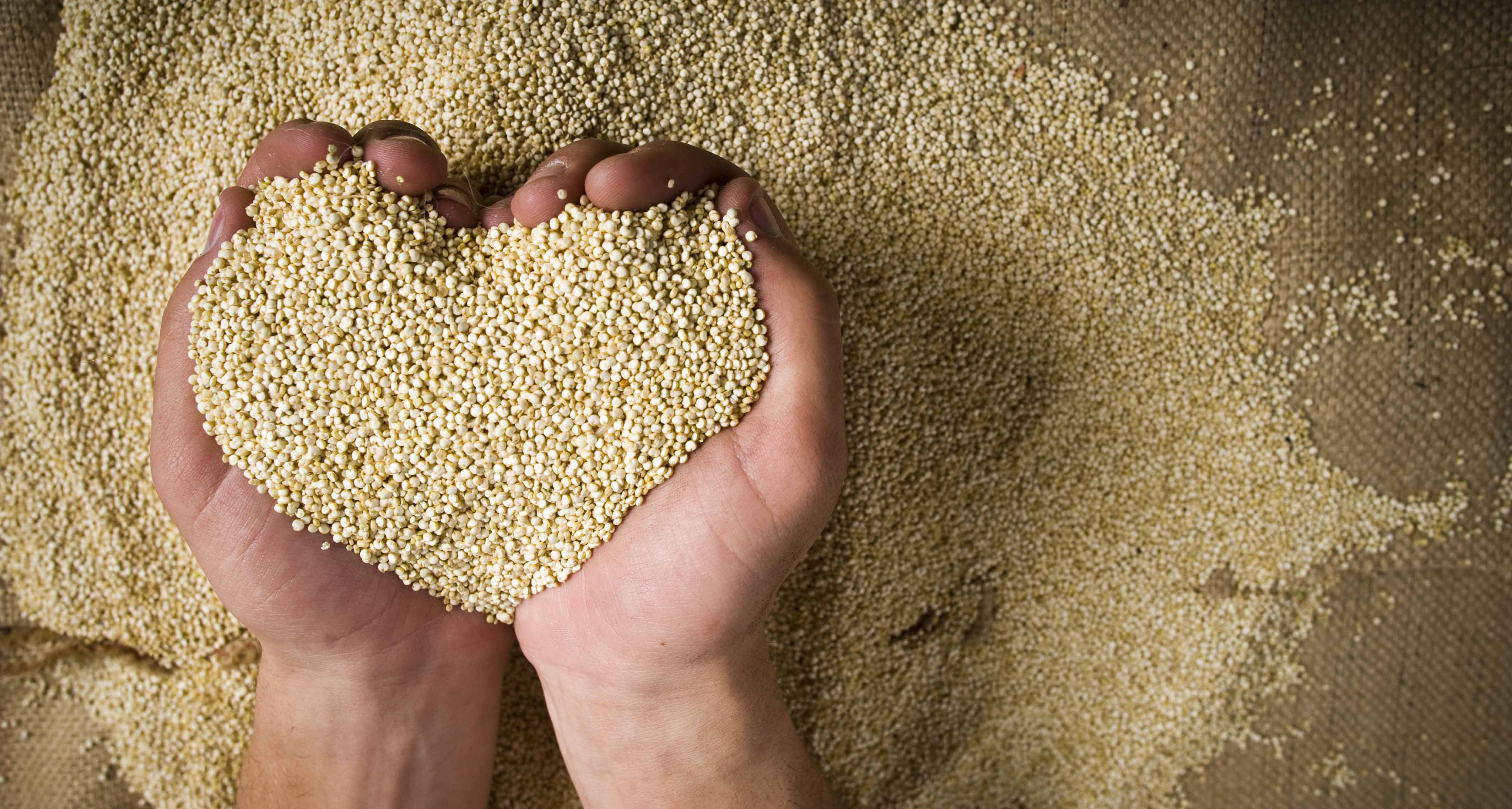 Our go-to guide to this trendy nutritional powerhouse.
Ashley Linkletter

Quinoa (pronounced “keen-WAH”) is incredibly easy to make and a super nutritious stand-in for rice or any other grain. Over the past several years quinoa has become a favourite ingredient in Canadian kitchens due to its pleasant nutty flavour and versatility as an ingredient. Despite quinoa’s popularity as a grain, it is actually the seeds from the flowering plant Chenopodium quinoa and it is grown primarily in Ecuador, Peru, and Bolivia. Quinoa’s flavour lends itself to salads, savoury sauces, and can even be used in place of oats for a healthy and quick breakfast option.

Quinoa is a nutritional powerhouse

There are plenty of reasons to make quinoa a regular ingredient in your kitchen but one of quinoa’s biggest appeals is its nutritional density. A single cup of cooked quinoa contains an impressive 8 grams of protein, 5 grams of fibre and only 3.5 grams of fat as well as being an excellent source of folate, magnesium, phosphorous, and manganese.

Quinoa is easy to prepare and has a very similar cooking method to rice, although there are a few extra steps you can take to make sure your quinoa is always light and fluffy. Quinoa has a natural coating called saponin, which gives it a bitter or soapy flavour. Rinsing the uncooked quinoa in a fine sieve with plenty of cold water will remove the saponin along with its unpleasant taste. As a general rule, 1 cup of uncooked quinoa made using a 2:1 ratio (two parts water or stock to 1 part quinoa) will yield about 3 cups of cooked quinoa. Combine the quinoa and the water in a pot and allow the liquid to come to a boil over medium-high heat. Turn down the heat to low, covering the quinoa with a lid and allow to gently cook for 15 minutes. Remove the quinoa from the heat and let it sit covered, for another 15-20 minutes before fluffing it up with a fork and serving.

Quinoa can be frozen for easy meal prep

Cooked quinoa can be portioned and frozen for later use in order to skip the cooking process when you’re short on time. Prepare quinoa as usual and prepare a parchment-lined baking sheet, when the quinoa is totally cooked spread the quinoa in a thin layer on the baking sheet and cool at room temperature or in the fridge;once the quinoa has completely cooled portion it into resealable plastic bags and freeze. To use, just defrost for an hour on the counter or add directly to soups and chilies.

Use quinoa in place of rice or other grains in all of your favourite recipes. Quinoa can be used instead of rice to complement flavourful stir fry and curry recipes and it can also be used as a nutritious burrito filling with veggies, salsa, and beans or meat. Add cooked quinoa to chilies or other hearty stews and soups to add bulk and extra nutrients.

Quinoa salads are easy to make and can be kept in the fridge for several days, making it an excellent option for weekday lunches and fast dinners. Use quinoa that has been cooled down and add diced cucumber, grape tomatoes, red peppers, capers, and feta cheese before topping with a balsamic or Greek salad-inspired dressing and let it sit for couple of hours before serving.

Quinoa also makes an amazing breakfast grain and can be prepared using a method similar to how oatmeal is prepared. Using quinoa that has already been cooked (in water), add about a cup milk of your choice or even orange juice. Heat over low heat and allow the quinoa to absorb the liquid, adding extra if needed. Top with your favourite oatmeal extras such as sliced fruit, shredded coconut or dried fruit.