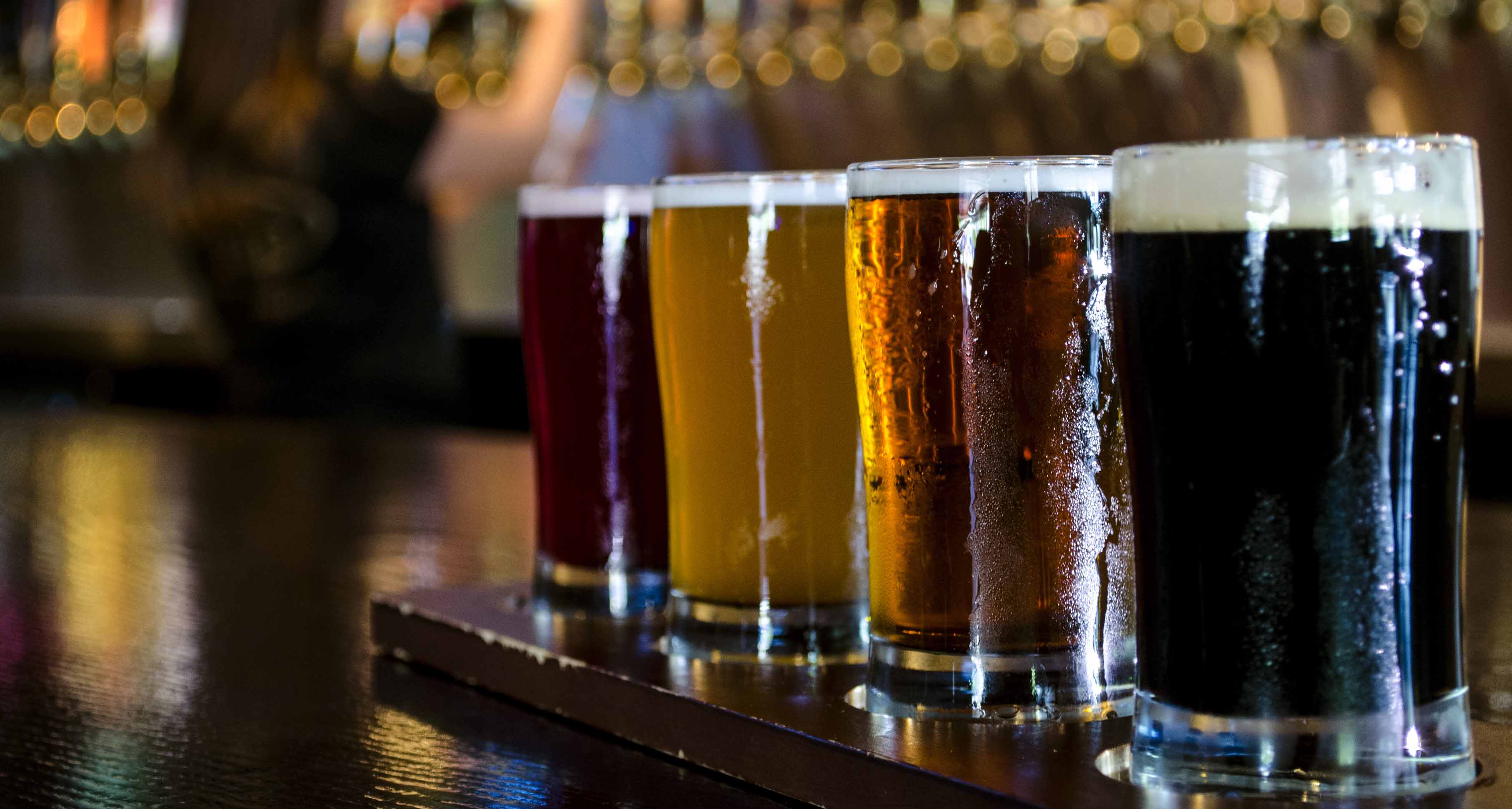 Wet your whistle this summer with some local craft brews.
Ashley Linkletter

The craft beer market is bigger, better and more accessible than ever thanks to the surging popularity of do-it-yourself foodie culture. Gone are the days when it seemed like a beard, flannel shirt, and toque were required to gain entry into the vast world of beers and breweries. Cicerones, who undergo a similar rigorous training program that sommeliers are expected to complete, are becoming regular fixtures in upscale restaurants as well as in-house residences at local breweries. The sheer number of variety is enough to make even a seasoned beer drinker feel intimidated, but trying new kinds of beer is super fun whether you're a regular beer drinker looking to try something new or a total beginner and unsure of what you like; the world of beer is just waiting to be tapped.

There are two main umbrella categories of beer, ales and lagers. Under each are several subcategories that can be broken down even further. Craft beer breweries produce more ales than lagers, although the former category is just starting to experience their summer day in the sun. Hybrid beers are a separate category of their own and are made using a combination of yeast and brewing methods, often with the addition of fermented foods that aren’t commonly used when brewing beer

Ale is the oldest type of beer and it is fermented at warmer temperatures with top-fermenting yeasts (yeast that floats to the top when fermenting). Ales are known for being fruit-forward and complex. Pale ales have become a focal point for brewmasters and are mostly brewed using pale malt, which in turn makes these beers lighter in colour. Pale ales vary in taste and can be light and refreshing or intensely hoppy and bitter. Trendy varietals in the craft beer market include Saison, a higher-alcohol pale ale that is fruity and highly-carbonated or an extra strong and high-alcohol India Pale Ale, with an intensity that is characterized by its grapefruit flavour. Complex porters and stouts are meant to be savoured and are marked by deep smoky flavours as well as notes of oatmeal, chocolate and coffee.

Lagers are relative newcomers to the beer scene; they’ve only been around for a short several hundred years compared to ale. Lagers are made over longer periods of time using colder temperatures and bottom-fermenting yeasts, a combination of factors that contribute to the fact that they’re less commonly made. Lagers are clear and easy to drink with less chance of cloudiness than with ale. Golden-coloured Pilsners are most widely available, although there has been a recent resurgence of European-style dark lagers.

So why visit a brewery?

In short, because it’s fun (and interesting!). Breweries will have the freshest and best shining examples of their products. Beers can be ordered in sample flights so that you can take notes and decide which kinds you’ll be bringing home. Breweries will have typically serve food with their beer that has been picked to enhance the taste of their beverages, giving you a good idea of what works as an accompaniment. Breweries are also the perfect place to learn about the beer-making process in its entirety, as well as find out about the inspiration behind the beers you’re tasting. Finally, beer sold at its brewery tends to be less expensive than beer purchased at the store; growlers of beer can be refilled when you come back for another visit.