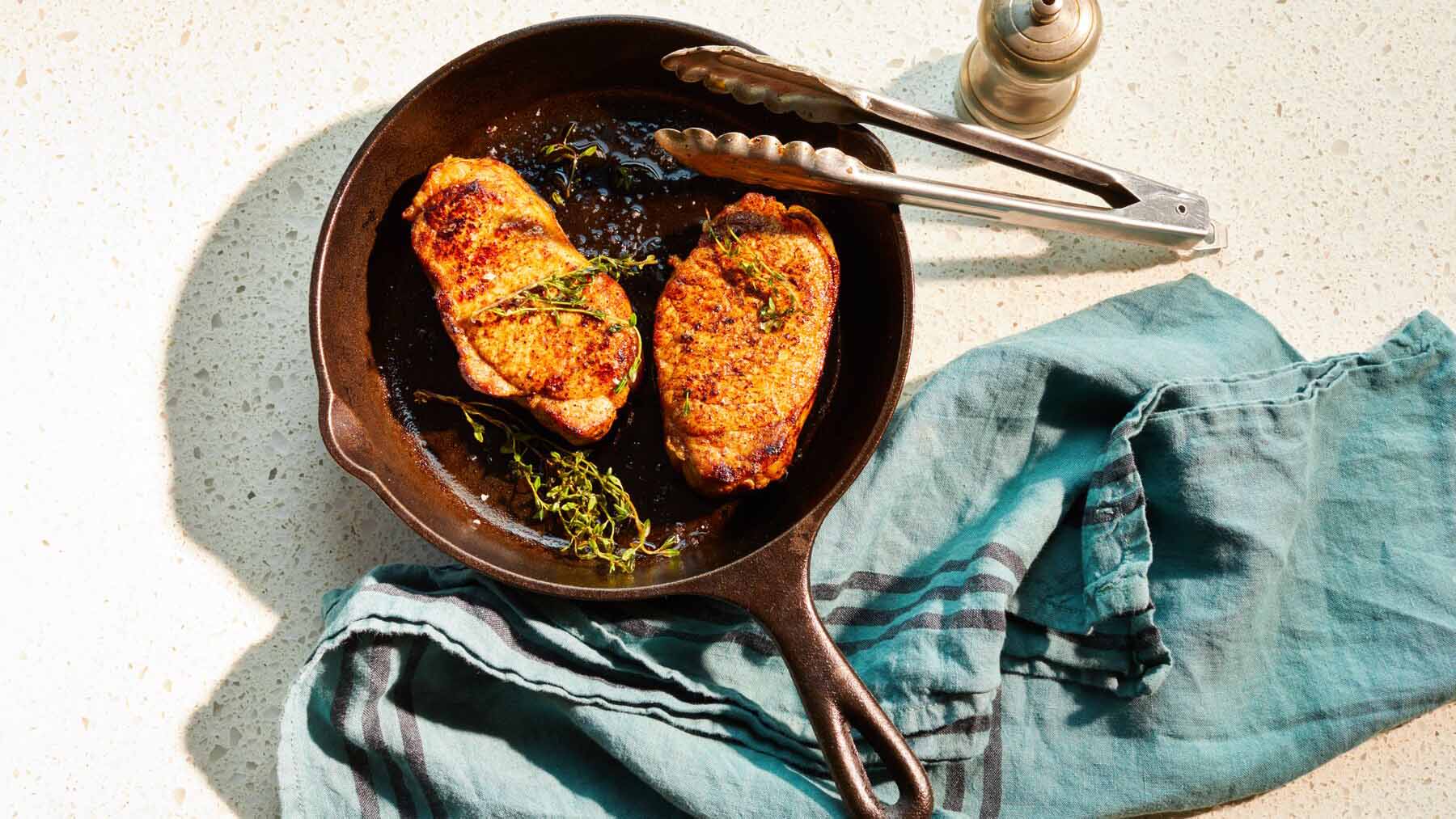 Caring for your cast iron

Getting a lifetime of use from these kitchen essentials.
Ashley Linkletter

Considering the fact that cast iron is one of the strongest kitchen workhorses a home cook can own, this infamous piece of cooking equipment has an ill-deserved reputation for being extremely difficult to care for and maintain. The good news? Caring for a cast iron pan couldn’t be easier or more failproof — even if it’s been sitting unused, covered in rust in your pantry for the past ten years.

What’s so great about cast iron?

Cast iron pans and grills are a favourite for both home cooks and professionals for many reasons, the most important being that cast iron cookware is virtually indestructible. A well-seasoned piece of cast iron becomes a non-stick surface, perfect for cooking everything from meat to eggs to skillet cakes. Although cast iron underperforms in terms of even heat, the fact that it retains and radiates heat better than any other kitchen material means your food will cook uniformly — even if it’s sitting to the side of the pan.

What’s the concern with caring for your cast iron?

Ask anyone about how to care for cast iron and you’ll inevitably get a series of warnings about the consequences of failing to take care of it properly. As it turns out, cast iron can take a beating in the kitchen and still bounce back every time. Using dish soap to gently clean a cast iron pan is perfectly fine; the rule against soap stems from the fact that historically, soap was made with lye — which could damage a cast iron pan over time. The main concern with caring for cast iron is water; the combination of iron and water results in a thin layer of rust almost instantly.

When applied to cast iron, the term “seasoning” refers to the practice of lightly coating the cast iron in oil and heating it until the oil polymerizes. Polymerization occurs when smaller molecules become chemically combined into larger molecules, eventually forming a durable polymer on the entire surface of the cast iron. This protective surface is what gives cast iron its non-stick properties and signature black sheen.

Kitchen scrubbers made from plastic, metal scouring pads and steel wool can all be used to clean cast iron (use the more abrasive option if there’s carbonized — also known as very burnt — food stuck to the pan.) Salt and baking soda can also be used in combination with a scrubber or cloth as a gentle abrasive; begin scrubbing the surface while dry and slowly add cool water until the pan is clean. Dry the cast iron carefully with paper towels and place over high heat for 10 minutes to complete the process.

How to season a cast iron pan or grill

If you have a particularly rusty piece of cast iron, begin with the following steps: