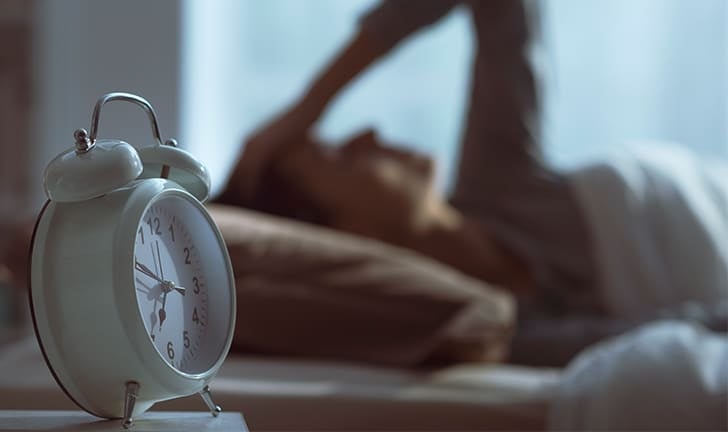 Understanding nightmares, why they happen and what to do about them if they are disrupting your sleep.
Sarah Munn

We all have nightmares from time to time but sometimes they can plague us more often – especially after more than a year of pandemic-related stress.

If you’re looking for ways to better understand your nightmares and get past them, the following experts have some advice.

What are nightmares and why do we have them?

“Nightmares are bad dreams that could incite negative feelings or anxiety that can sometimes disturb your sleep,” explains Dorothy Chambers, the in-house sleep expert at Sleep Junkie.

“It could sometimes feel like reality when it’s so surreal and detailed. It occurs during the Rapid Eye Movement phase of our sleep, which is our deepest sleep during the night. Nightmares are common in children but can happen to anyone at any time. It could be triggered by something during the day while we are awake, such as stress, problems or trauma. It’s also believed to be our brain’s mechanism of processing emotion and bad memories, such as fear or trauma.”

Dr. Chelsie Rohrscheib, a sleep specialist and neuroscientist with Tatch, says scientists haven’t completely figured out why we sometimes have nightmares, or even why we dream at all.

“Humans cycle through four stages during sleep. Stage 4, Rapid Eye Movement (REM) sleep, is the stage of sleep when dreaming occurs. Scientists think we need REM sleep to consolidate memories and help us process our emotions. During REM sleep, we can experience nightmares, dreams that are scary, disturbing or stressful,” Rohrscheib says.

“Unfortunately, scientists still don’t understand why we dream and why we sometimes have nightmares, but there is a correlation between our levels of stress with the frequency of nightmares we have.”

She adds that certain mental health disorders, such as depression, anxiety, and post-traumatic stress disorder, can raise our risk for nightmares.

“It’s completely normal to have an occasional nightmare, but some people have them more frequently than others,” Rohrscheib says. “When nightmares are extremely frequent and affect the quality of our sleep and our general well-being, it’s classified as a nightmare disorder, one of several types of REM sleep disorders.”

Chambers adds that substance use can also be a cause of nightmares. “If nightmares start during the same time that you start a new medication, you should consult about this. You should also consult your doctor if it happens more than once a week or if it causes you anxiety already.”

Chambers explains that occasional nightmares are normal and usually not a cause for concern. “Although it could affect your quality of sleep once it wakes you up in the middle of the night, it won’t have an effect on your sleep the next day. Recurrent nightmares could decrease your sleep quality and cause sleep deprivation or anxiety while awake. Frequent nightmares are most often tied to an underlying cause that you should address to stop the nightmares.”

Rohrscheib explains that insufficient sleep connected to nightmares and nightmare disorder can cause excessive daytime sleepiness, mood changes and worsened cognitive function, all of which can have a substantial negative impact on a person’s daytime activities and quality of life.

“Because nightmares can reduce total sleep time, sufferers are also at higher risk for infections and developing certain health conditions such as diabetes and heart disease. Nightmare disorder also elevates your risk of developing depression.”

Night terrors are a different and more concerning issue, Chambers says, “because [they] might prevent you from fully waking up and when you do wake up, you might feel disoriented. It happens during [the] Non-Rapid Eye Movement phase of sleep. Some even experience a type of paralysis where they try to wake up from the night terror but can’t. Unlike nightmares, people who experience night terrors most often have no recollection of what it was about.”

How to reduce frequency of nightmares

Rohrscheib says it’s imperative to manage your stress if you suffer from frequent nightmares.

Dr. Fran Walfish, a leading couples, relationship and family psychologist and an author in Beverly Hills, Calif., takes an interpretive approach to understanding and managing nightmares.

“How YOU feel in the dream is the key to how you are feeling in real life,” she explains.

“If you dream that you’re cheating on your boyfriend or having sex with your BFF, you need to ask yourself how YOU felt during the dream. For instance, you may have felt a euphoric sense of abandon and freedom. Could you be feeling constricted within your relationship and wanting more freedom? Or, perhaps you were riddled with guilty feelings in the dream. You need to ask yourself, where in your current life are you feeling guilty?”

Walfish adds, “Dreams are not predictions. They are metaphors and symbols for conflicts that we are struggling to wrestle with, make sense of and resolve.”

She shares more potential dream scenarios and their possible root causes: “Another example would be [if] someone dreams they kill their spouse. This may indicate intense unresolved or unexpressed anger,” Walfish says. “If you dream about being in high school, the question looms, were you happy in high school? Were you isolated? Popular, humiliated or ashamed? Where in your current life are those same feelings alive and operating? If you dream about getting into a car crash, where in your life now do you feel ‘out of control’ and about to lose it? These are the symbolic metaphors that the unconscious mind is wrestling with and attempting to resolve through our dreams.”