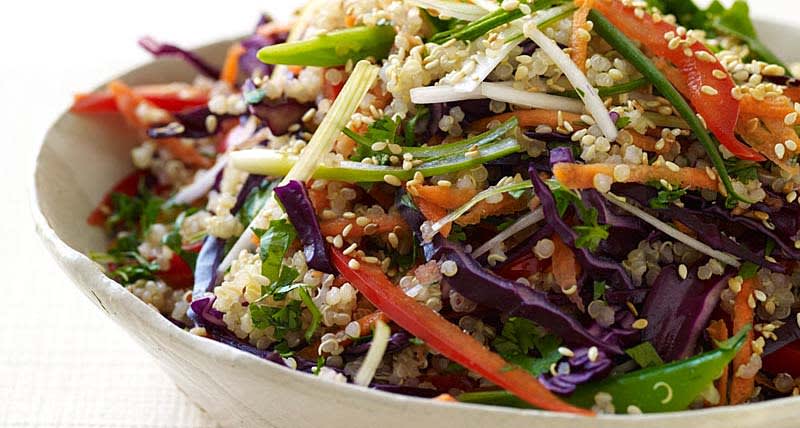 Quinoa is a good source of protein and makes a wonderful substitute for rice in salads. Buy the prerinsed variety to save time.*

Notes
*Check the box of quinoa you bought to see if it has been "prerinsed". If not, rinse the quinoa in a colander before cooking to remove its bitter outer coating. Use prepackaged coleslaw mix or shredded vegetables to speed the preparation of this dish.


Are you ready to make a healthy change?