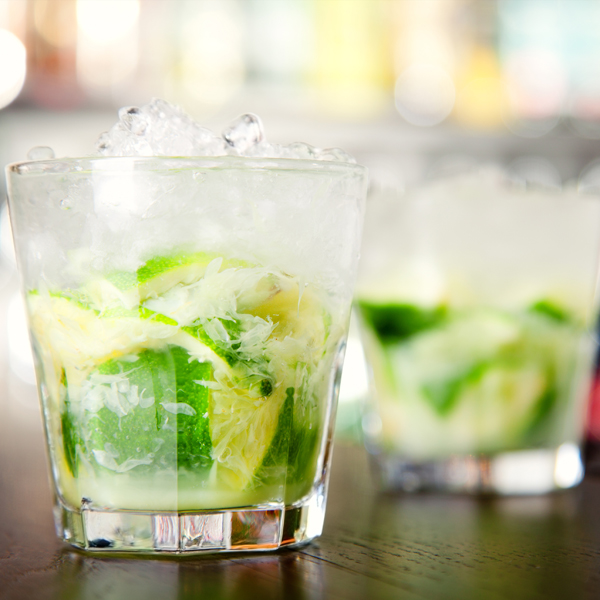 Make 2017 the summer of caipirinha, the sexy Brazilian cocktail that’s just begging for a spot at your next get-together. Still relatively unknown in Canada, a caipirinha is similar to the beloved mojito and just as refreshing as an ice-cold margarita. The recipe couldn’t be simpler, in fact the hardest part will be getting your hands on a bottle of Cachaça, the main ingredient in this cocktail that seems tailor-made for even the hottest summertime drink emergencies.

Cachaça is an extremely popular spirit in its native country of Brazil and is used in many drinks, similar to how vodka and whisky are ubiquitously used in Canada. Cachaça is made from fermented sugarcane juice and has a taste that can be compared to a smokier and much more complex rum (and in fact, Cachaça is also known as Brazilian rum).  Many liquor stores across Canada have caught onto the Cachaça trend and are now beginning to stock their shelves with this versatile spirit.

How to make a Caipirinha

The following recipe makes enough for one caipirinha although it can be multiplied for a crowd. If Cachaça is absolutely nowhere to be found and your Brazilian sources aren’t able to come through for you, good-quality white rum can be used in a pinch.

Cut the lime half into thin slices or small cubes. Muddle the lime and sugar in an old-fashioned glass and add ice. Pour the Cachaça over the ice and gently stir to combine. Serve immediately, preferably poolside.

Variations on the Caipirinha

Although a traditional caipirinha is a must-try several times over, it’s also makes a great starter cocktail for experimentation with additional flavours. For starters, a caipirinha can be strong when served as-is, especially when being enjoyed under the heat of the sun. Try making a caipirinha in a highball glass with a splash or two of club soda or seltzer water to keep things light and fun. Fruit juice, whether fresh or homemade, is also an amazing addition to a caipirinha. Pomegranate, mango, guava, pineapple, and lychee are all tasty add-ins and whole fruit can be muddled with the lime in place of the fruit juice. Like a mojito, a caipirinha benefits from muddled fresh mint. Fresh basil and thyme are also delicious and can be paired with the fruit for a truly original taste.

Try making your own simple syrup to add to caipirinhas and just about any other cocktail you can dream of. Just combine 1 part sugar and 1 part water in a small saucepan (half cup increments are ideal) and boil just until the sugar has dissolved completely. Let sit until cool and keep in the fridge until you plan on using it. To make flavoured simple syrup just add the ingredient you’d like in your syrup at the very beginning and remove when cool. Citrus zest, fresh herbs, ginger and even herbal tea bags make amazing simple syrup that tastes like it was bought in a gourmet grocery store.