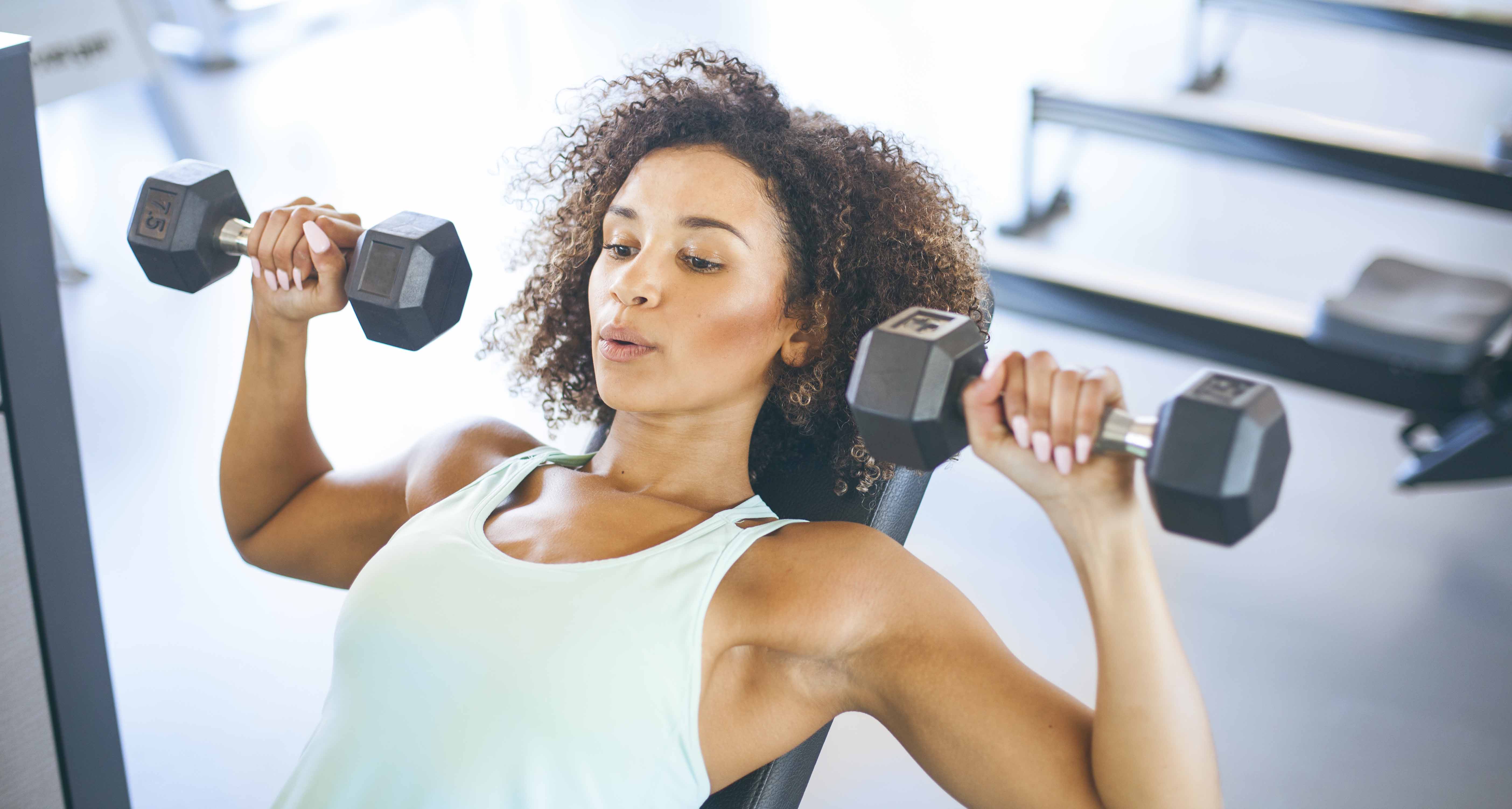 8 Surprising Shortcuts for a Better Workout

Want to maximize the health benefits of exercise without spending hours at the gym? Try these easy tricks.
By Richard Laliberte

When it comes to exercise, there’s no better motivator than actual results. The faster you get stronger, leaner, and more toned, the more you'll want to keep on moving. So maximize your workouts with these smart tips.

Find an inspiring partner.
Translation: Find someone who’s in better shape than you. In one Kansas State University study, young women who were told that their workout partner was moderately fitter than they were increased their time on a stationary bike by an average of nine minutes over six workouts. That’s almost double the time that participants voluntarily spent on the bike when they were pedaling alone. The super pedal-pushing participants also reported greater motivation to exercise again.

Take a stand.
Opt for standing exercises whenever you can. Supporting your own body weight (for example, lifting weights while standing rather than sitting on a bench, or using an elliptical machine instead of a stationary bike) can add training benefits. (Never compromise safety or good form to do this, of course.) Try to stand more during the rest of the day, too. Research shows that the total time you spend sitting is a major negative factor in your health and longevity.

Get outdoors.
During walking sessions of the same duration, outdoor walkers may go faster and feel less fatigue than people who use an indoor treadmill, suggests a study reported in the Journal of Medicine & Science in Sports & Exercise. One possible reason is obvious: people tend to enjoy walking outdoors more. Sure, treadmills are a great option, but it’s hard to beat fresh air and scenery.

Think half-full, not half-empty.
Filling your head with positive action words might actually make you stronger. A small French study found that people showed increased grip strength when they listened to positive phrases (such as, “Fiona lifts the dumbbells”), while listening to negative sentences (“Laurie doesn’t lift her luggage”) had no such effect.

Do yoga, run farther.
A study by the National Institutes of Health suggested that practicing yoga is not only effective in relieving mild to moderate pain, but it may also help increase cardiovascular endurance. The reasons aren’t well understood, but experts say yoga may boost cardio performance by increasing flexibility, helping you breathe more efficiently, reducing stress and focusing the mind.

Get your coffee fix.
Both male and female cyclists who took in caffeine five minutes before a ride posted faster times, according to research in the Journal of Strength & Conditioning Research. However, taking caffeine an hour or more before riding had no effect. Experiment with having your coffee or tea immediately before your workout and see if you feel a boost.

Stay upbeat.
You probably already listen to music while exercising to keep you pumped up. Not surprisingly, research has suggested that it can also make your workout feel less strenuous. In a study, English researchers found that exercisers who listened to music reported feeling less exertion than tuneless exercisers. They also suggested an ideal tempo for your workout music: about 125 to 140 beats per minute (think Michael Jackson’s “Beat It” and Rihanna’s “Only Girl (in the World)”).

End on a high note. You already know that taking a five- or ten-minute cool-down at the end of your workout (by, say, walking at an easy pace) is a good idea, but here’s extra incentive: The last moment of your workout is the one you’ll remember later. If that final memory is pleasant — especially if you had a hard workout — you may be more enthusiastic to exercise again soon, according to research reported in the Journal of Medicine & Science in Sports & Exercise.